At least 40 vehicles have been torched by a rampaging arsonist travelling through several small towns and villages ‘on an e-scooter’.

Four minibuses and more than a dozen cars at a Rolls Royce site in south Gloucestershire were among the vehicles set on fire in the ‘appalling’ night of carnage.

Some fuel tanks exploded during the fires, waking up residents to the sound of loud bangs in the early hours on Sunday.

The first blaze was reported at 1.30am in the village of Stoke Gifford. Two hours later at 3.45am, around 20 vehicles were found on fire in the Rolls Royce car park in nearby Filton.

By 5.30am, a further 20 vehicles were set alight across Bradley Stoke, Little Stoke and Stoke Gifford.

Bradley Stoke mayor Tom Aditya said it’s believed the arsonists used e-scooters due to the timings between the fires.

He said: ‘We are looking at different possibilities because with the amount of cars that have been attacked and the distance they travelled, it is actually thought some kind of e-scooter could be involved.’

‘Such a low day for our happy area,’ Cllr Angela Morey said on Twitter.

‘Can’t believe the malice in torching the four towns community minibuses, a vital service for so many in north Bristol.

‘This cruel act has long lasting repercussions and I will do whatever I can to help. Call 101 with any information.’

The burned out remains are making it difficult to trace some of the car owners, although several vehicles belonged to the local council.

Detectives are now appealing for people to come forward with information or CCTV footage.

Despite the widespread carnage, there have been no reports of injuries or damage to buildings.

In a statement, Avon and Somerset Police said: ‘Officers are working closely with the fire and rescue service to respond to these incidents.

‘Officers will be carrying out house-to-house enquiries and making a thorough investigation alongside Avon Fire and Rescue Service.’ 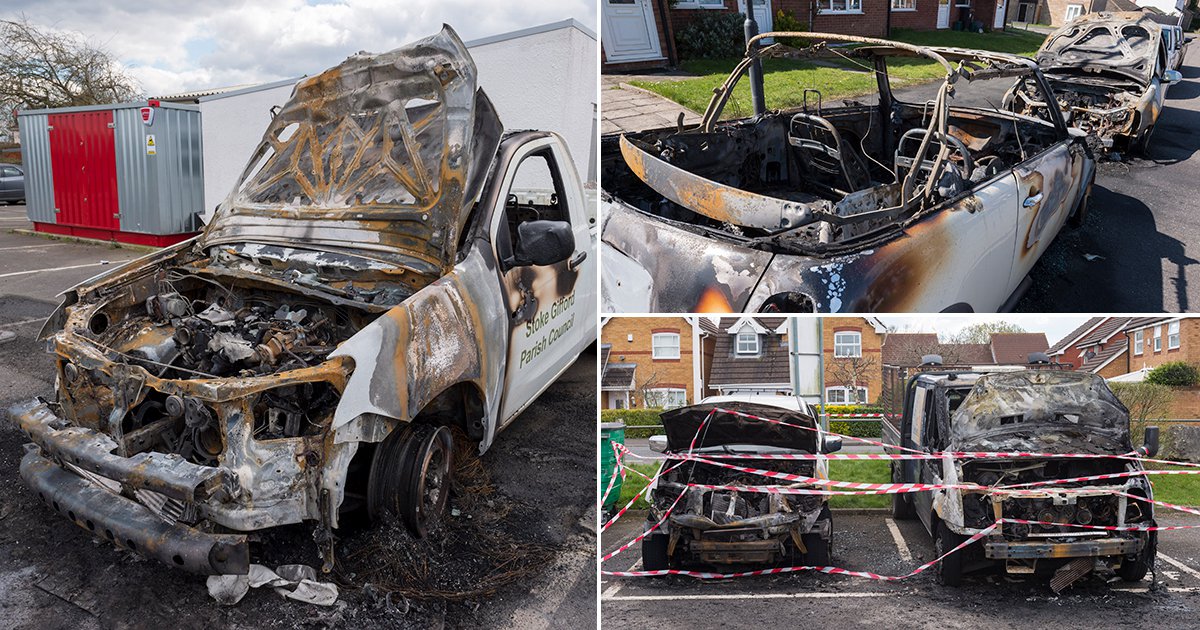