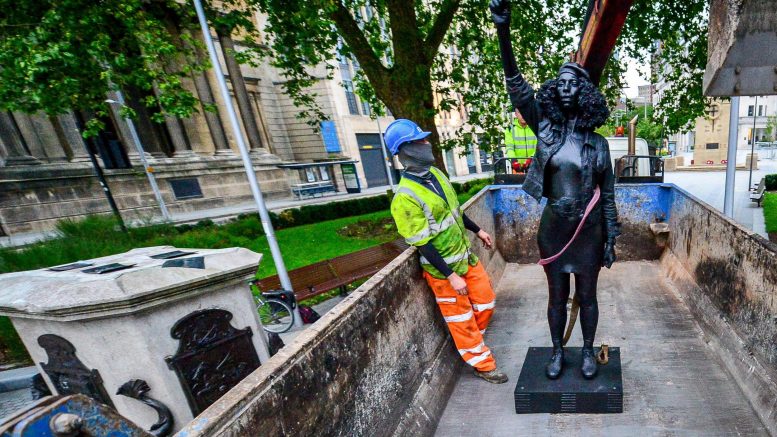 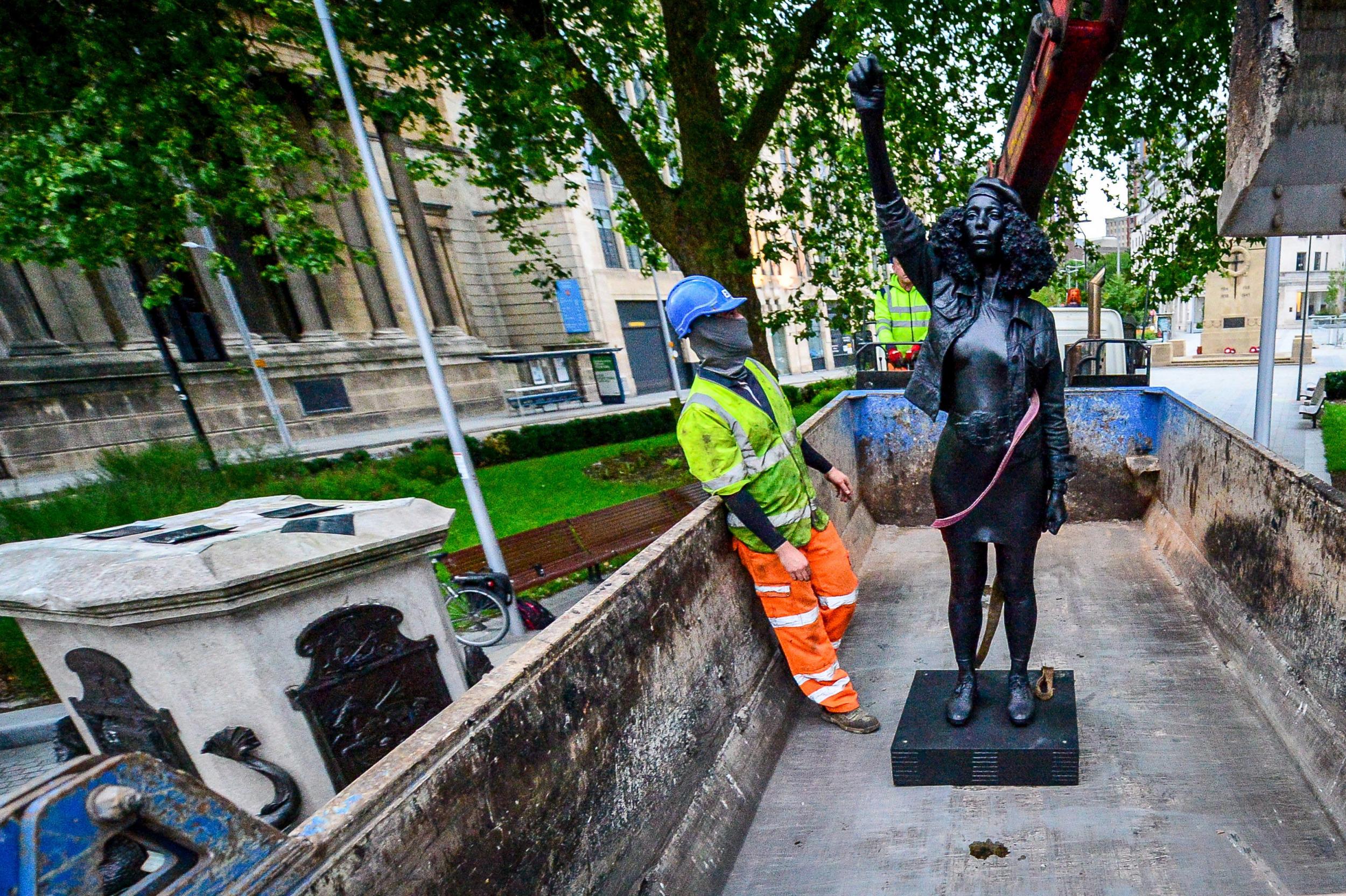 An artist who replaced a statue of slave trader Edward Colston with a sculpture of a Black Lives Matter protester without permission said any removal costs “will be paid for”.

Artist Marc Quinn created the life-size black resin and steel piece of Jen Reid after seeing a photograph of her standing on the empty plinth following the toppling of the Colston statue in Bristol.

The sculpture, A Surge Of Power (Jen Reid) 2020, was installed shortly before 4.30am on July 15 by Mr Quinn’s team without the knowledge or consent of Bristol City Council.

The following day, council contractors used webbing straps to hoist the 7.5ft high piece off the plinth and place it into a skip lorry.

“The toppling of Edward Colston’s statue in Bristol was a moment of global reverberation in the fight for racial justice, and A Surge of Power (Jen Reid) 2020 is an artwork created with Jen Reid, a local Bristol resident, to continue the public dialogue sparked by that,” Mr Quinn said in a statement.

“We did not request permission for the installation: we believe that art in the public space has the power to accelerate conversations and we wanted to bring continued attention to the vital and pressing issue of racism.

“We respect the fact that the council has chosen to remove the sculpture, which was always meant to be temporary.”

He added: “Once the sculpture had been installed, we made clear that we would be happy to arrange for it to be removed and now that the council has done so any costs it has incurred will be paid for.

“We will be collecting the sculpture which, as we have said from the outset, is not for profit and the proceeds from any sale of it will be donated to two charities chosen by Jen Reid.”

The charities are Cargo Classroom, a black history syllabus created for Bristol teenagers and The Black Curriculum, a social enterprise to address the lack of Black British history in the UK curriculum.

“We intend to offer a maquette of the sculpture to the Bristol Museum,” Mr Quinn said.

Marvin Rees, the Mayor of Bristol, previously said the sculpture had to be removed as the decision to install it had not been part of a democratic process involving people in the city.

He described Mr Quinn as a “London-based artist” who had taken the decision to put the sculpture up “without talking to the people of Bristol”.

Mr Rees said this process would enable people to discuss what they wanted to put on the plinth, adding he believed that currently leaving it empty was a “powerful statement”.

Last week, the mayor called for Mr Quinn, whose previous works include the sculpture Alison Lapper Pregnant for the fourth plinth in Trafalgar Square, to contribute towards the costs of removing it.

Funds to pay for the removal had come from the account for children’s and adult services in Bristol, he said.

It is understood that in the 24 hours that the sculpture was on the plinth, Mr Rees received more than 3,600 emails organised through Britain First.

It was thrown in the water at Pero’s Bridge, named in honour of enslaved man Pero Jones who lived and died in the city.

The city council retrieved the statue on June 11 and it will be put on display in a museum with placards from the Black Lives Matter protest at a later date. 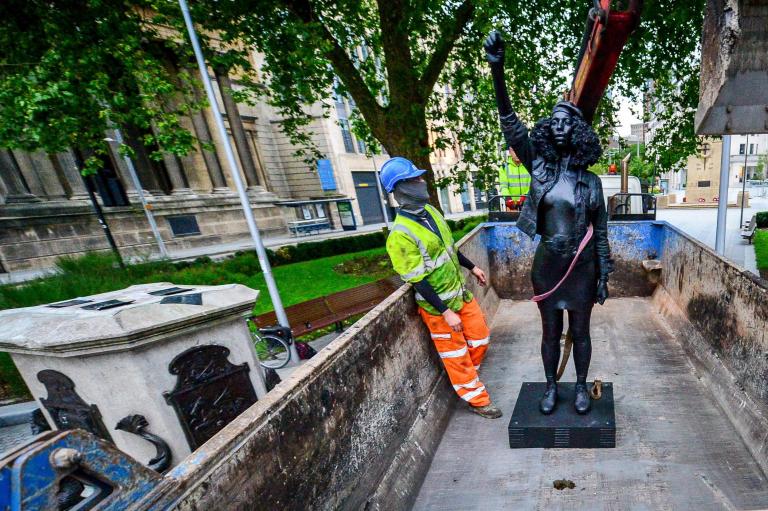