Street artist Banksy has claimed responsibility for a painting on the side of a former prison which once housed playwright Oscar Wilde.

The artwork, on the red brick wall of the former Reading Gaol, shows an inmate escaping using a knotted spool of paper from a typewriter.

Today it was officially confirmed as Banksy after the elusive artist posted a video on his Instagram account.

In the footage, told in the parody of an instruction art video, Banksy is shown stealthily executing the work entitled Create Escape.

The ambiguity of the mural led to people wondering who created it, although many suspected it was Banksy before the video confirmed their suspicions.

The future of Reading Gaol, which closed to prisoners in 2013, is currently the focus of fierce debate.

Publicity for the artwork may be a boost to campaigners who want the former jail to be turned into an arts and community hub, rather than being sold off to become luxury flats.

The Ministry of Justice, which owns the building, is due to make that decision by 15 March.

There are fears that if the bid by Reading Borough Council is unsuccessful, the Grade II listed site could be sold to property developers.

Before the piece was confirmed by Banksy, it was welcomed by Labour’s Reading East MP Matt Rodda.

Mr Rodda said it highlighted the ‘national and international importance of this unique historic building’.

Wilde was jailed after being convicted of gross indecency in 1895 following a retrial and later penned his final published work ‘The Ballad of Reading Gaol’ highlighting the need for reform of inhumane conditions.

In December, a Banksy artwork entitled ‘Aachoo!!’, was discovered on the external wall of a semi-detached house in Bristol.

It depicts a pensioner in a headscarf sneezing and her dentures shooting out of her mouth.

Back in October, a tongue-in-cheek artwork appeared on a brick wall on the side of a beauty parlour in Nottingham.

The mural of a little girl hula hooping with what appears to be a bicycle tyre was painted next to a battered bike chained to a lamp post with an infinity lock, and the bike was missing a tyre.

In July last year, Banksy’s artwork inside a London Underground train carriage, with messages about the spread of coronavirus, was removed by Transport for London.

The artist uploaded a 59-second video captioned ‘If you don’t mask – you don’t get’ to his Instagram and YouTube pages.

It showed Banksy spray painting stencils of his famous rats inside a Circle Line train.

One of those rats looked to be sneezing blue droplets across the train window, indicating the spread of the virus. 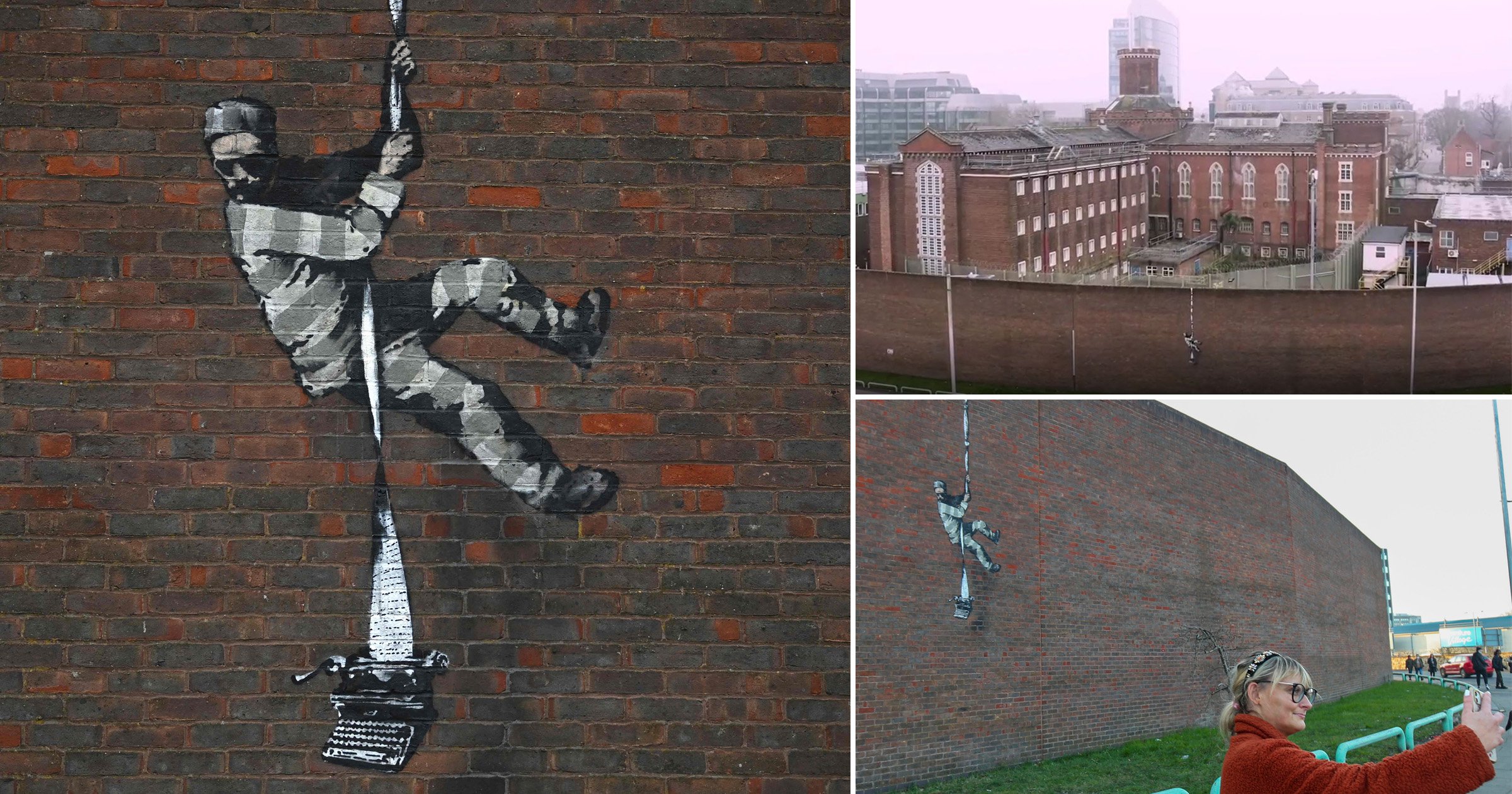