Iconic pieces of Banksy artwork are set to go under the hammer for eye-watering sums in Los Angeles next month.

It is part of a collection of works which includes other revolutionary iconoclasts such as Damien Hirst, David Hockney and Shepard Fairey.

The auction is set to take place in Beverly Hills, California, on March 16 at Julien’s Auction House.

Executive director Martin Nolan said: ‘Julien’s Auctions is proud to present this outstanding collection from the art world’s major figures and visionaries who have made the world their canvas and turned street and contemporary art into a global phenomenon.

‘These important pieces of the 20th and 21st century’s modern art movement have seized our collective consciousness and imagination to inspire pop culture, activism and change.’

The Bomb Middle England piece is thought to have been created in 2003 and was first featured on the wall of a Parisian art studio and boutique.

It shows a group of elderly women playing a game of bowls on a green using bombs instead of bowling balls.

He used it to create his Toxic Rat aerosol paintings, which appeared in London in the mid-2000s.

A limited edition and signed 2007 screen print on paper dated 216/300 – and accompanied by a signed COA from Pest Control, the only form of authentication for Banksy works – is also up for auction.

Pieces by fellow British artists Mr Hirst and Mr Hockney are also included in the sale. 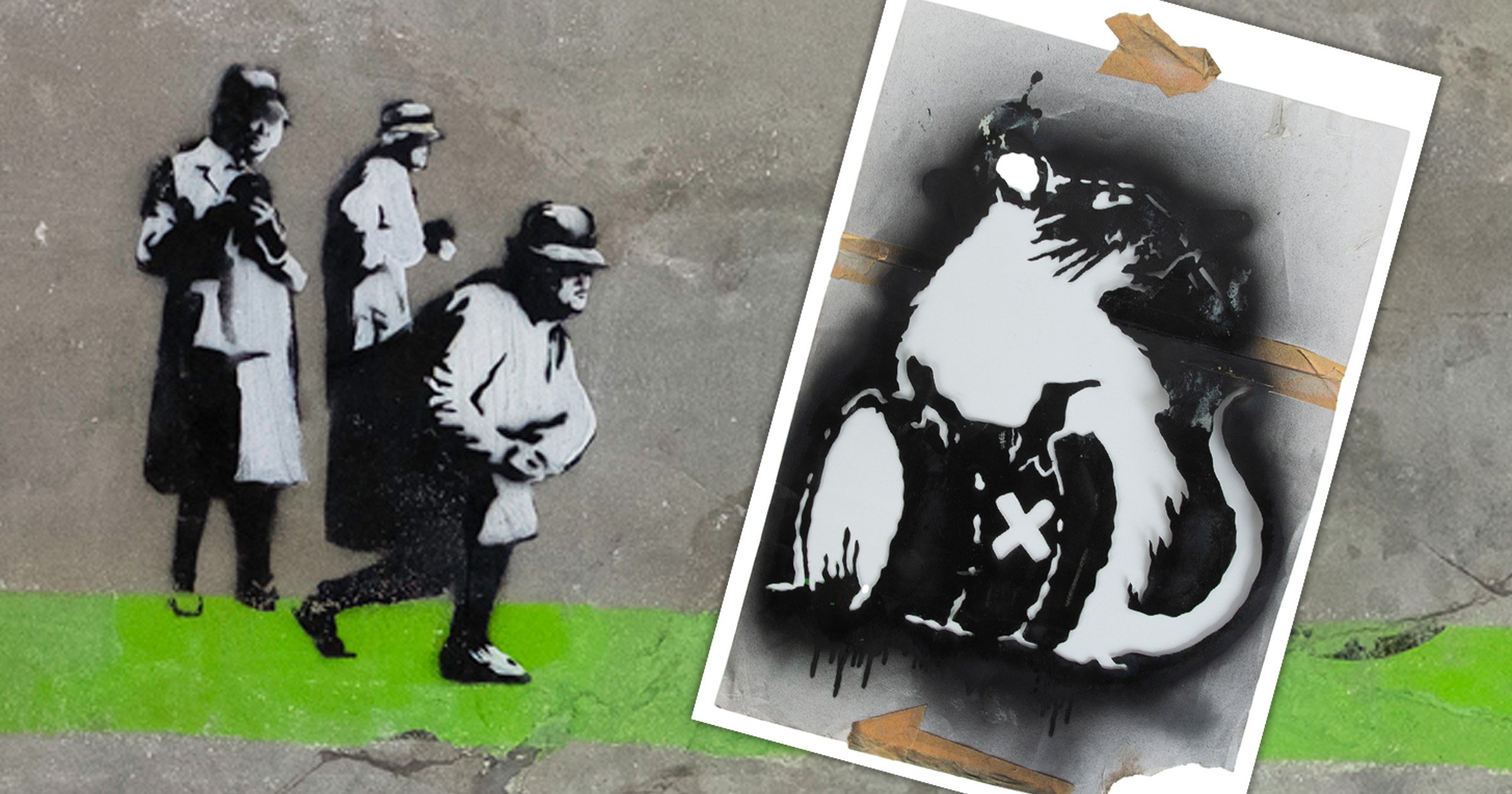