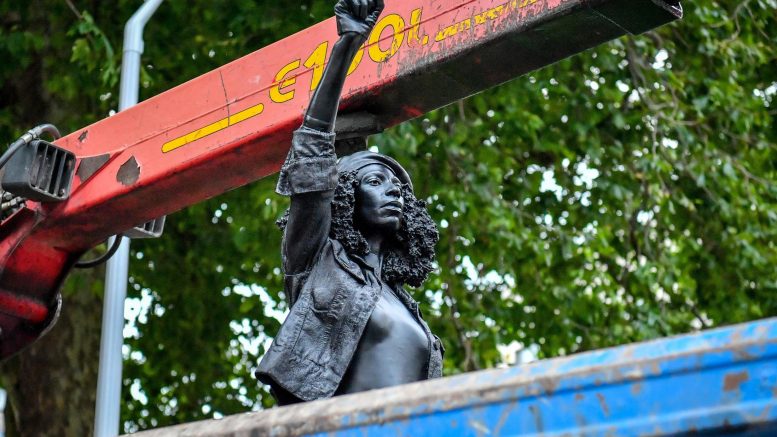 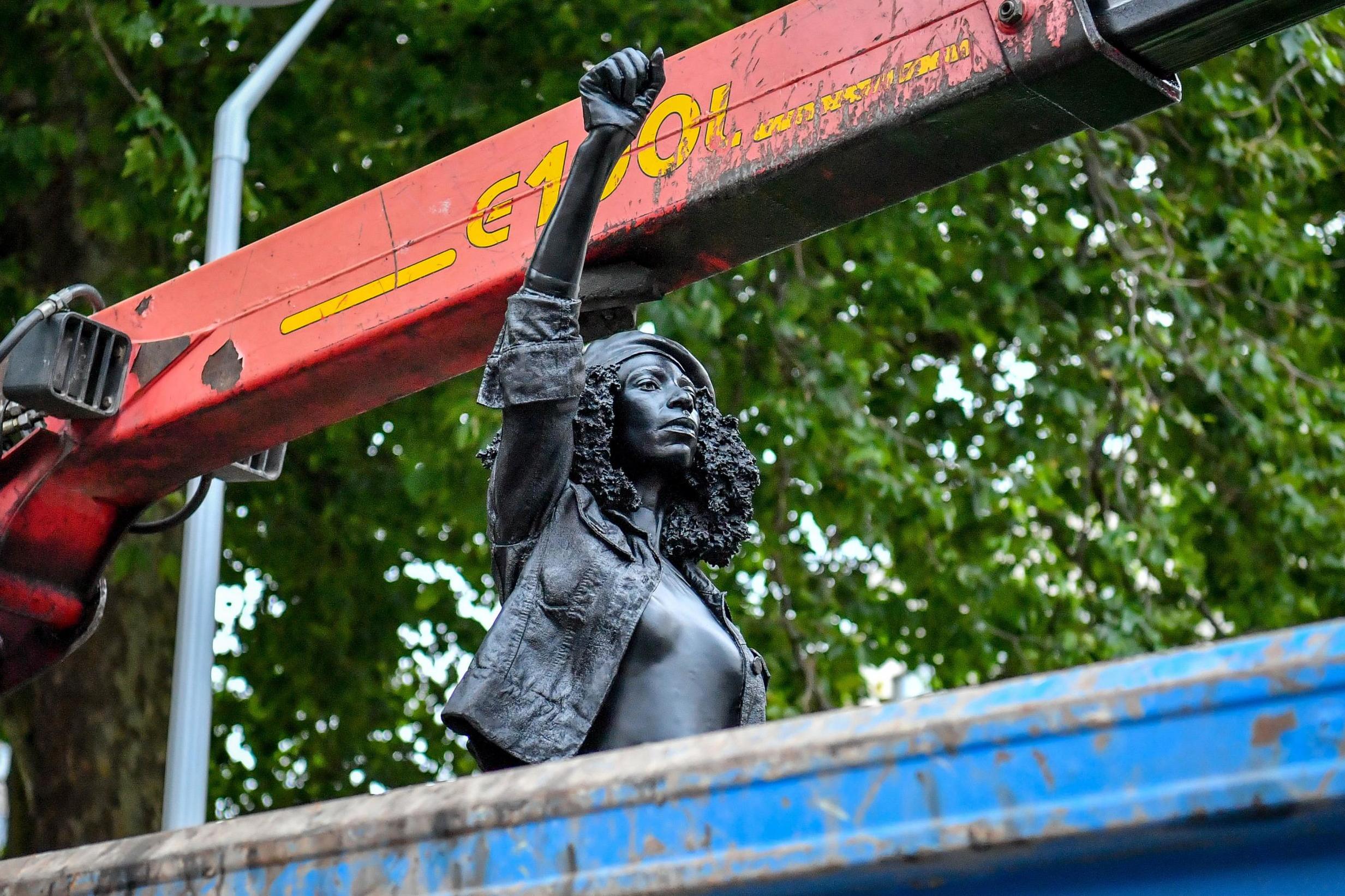 The sculpture of a Black Lives Matter protester which replaced the statue of slave trader Edward Colston has been removed.

Pictures from the scene appeared to show workers at the site in Bristol at around 5.20am on Thursday.

Bristol City Council said it was removed at their request and that it would be held at a museum for the artist to collect.

The statue, by artist Marc Quinn, was put up in the early hours of Wednesday.

Quinn’s life-size black resin and steel piece of Jen Reid was inspired after seeing a photo of her standing on the empty plinth following the toppling of the Colston statue.

The sculpture, entitled A Surge of Power (Jen Reid), was installed without the knowledge or consent of the local authority in the early hours of Wednesday.

On Wednesday, Bristol mayor Marvin Rees tweeted: “I understand people want expression, but the statue has been put up without permission.

“Anything put on the plinth outside of the process we’ve put in place will have to be removed.”

Please be respectful when making a comment and adhere to our Community Guidelines.

You can find our Community Guidelines in full here.

There are no comments yet 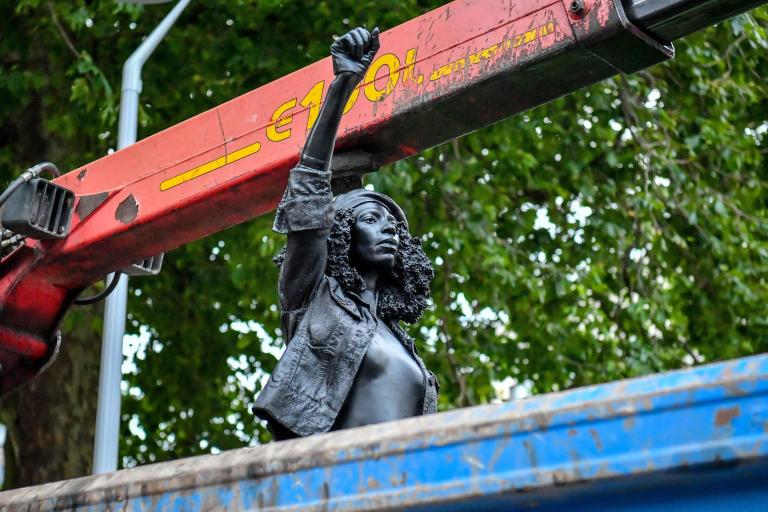