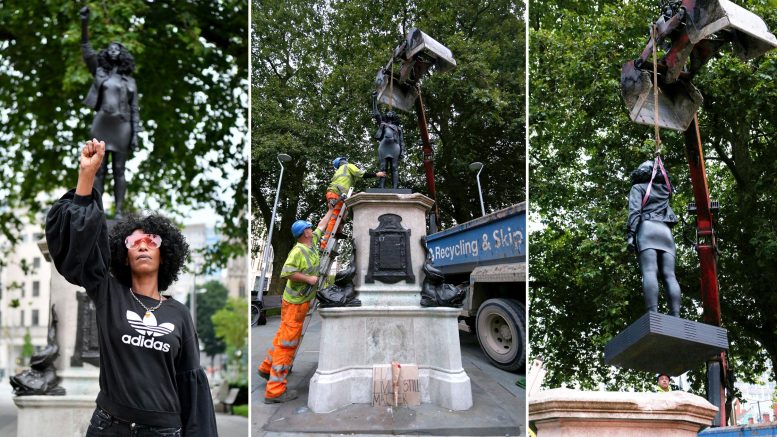 A Black Lives Matter statue erected in Bristol to replace the figure of slave trader Edward Colston has been removed at the council’s request.

The ‘A Surge of Power’ sculpture, created by artist Marc Quinn, shows activist Jen Reid standing on the plinth with her arm raised in the Black Power salute and was inspired by her participation in the June 7 protests.

It was put up in the city during the early hours of Wednesday morning without the knowledge or consent of Bristol City Council.

Workers were then pictured dismantling the statue around 5.20am today. The council said it has now been moved to the city’s museum.

A spokesperson said: ‘It will be held at our museum for the artist to collect or donate to our collection.’

On Wednesday, Bristol mayor Marvin Rees acknowledged that the statue had been ‘put up without permission’, but said he understood that ‘people want expression’ within the city.

He added: ‘Anything put on the plinth outside of the process we’ve put in place will have to be removed.’

Mr Quinn previously said he intended his artwork to be a temporary installation to ensure conversations about racism continued to take centre stage.

The plinth has remained empty ever since protesters toppled the Edward Colston statue, before dragging it to the harbour and pushing it into the water. The figure has since been retrieved and taken to the city’s museum.

Ms Reid then climbed on the empty plinth amid the demonstration and her husband took a photo of her. Mr Quinn then contacted him on social media and asked Ms Reid to collaborate on making his sculpture.

The artist photographed Ms Reid using hundreds of cameras, which went into a 3D print and created a mould of her.

Mr Quinn told The Guardian: ‘Jen created the sculpture when she stood on the plinth and raised her arm in the air. Now we’re crystallising it.’

Describing her involvement in the protests, Ms Reid told the BBC she had felt an ‘overwhelming impulse’ to climb on to the plinth as it stood empty. She went on: ‘When I was stood there on the plinth, and raised my arm in a Black Power salute, it was totally spontaneous.

‘I didn’t even think about it. It was like an electrical charge of power was running through me. This sculpture is about making a stand for my mother, for my daughter, for black people like me.’ 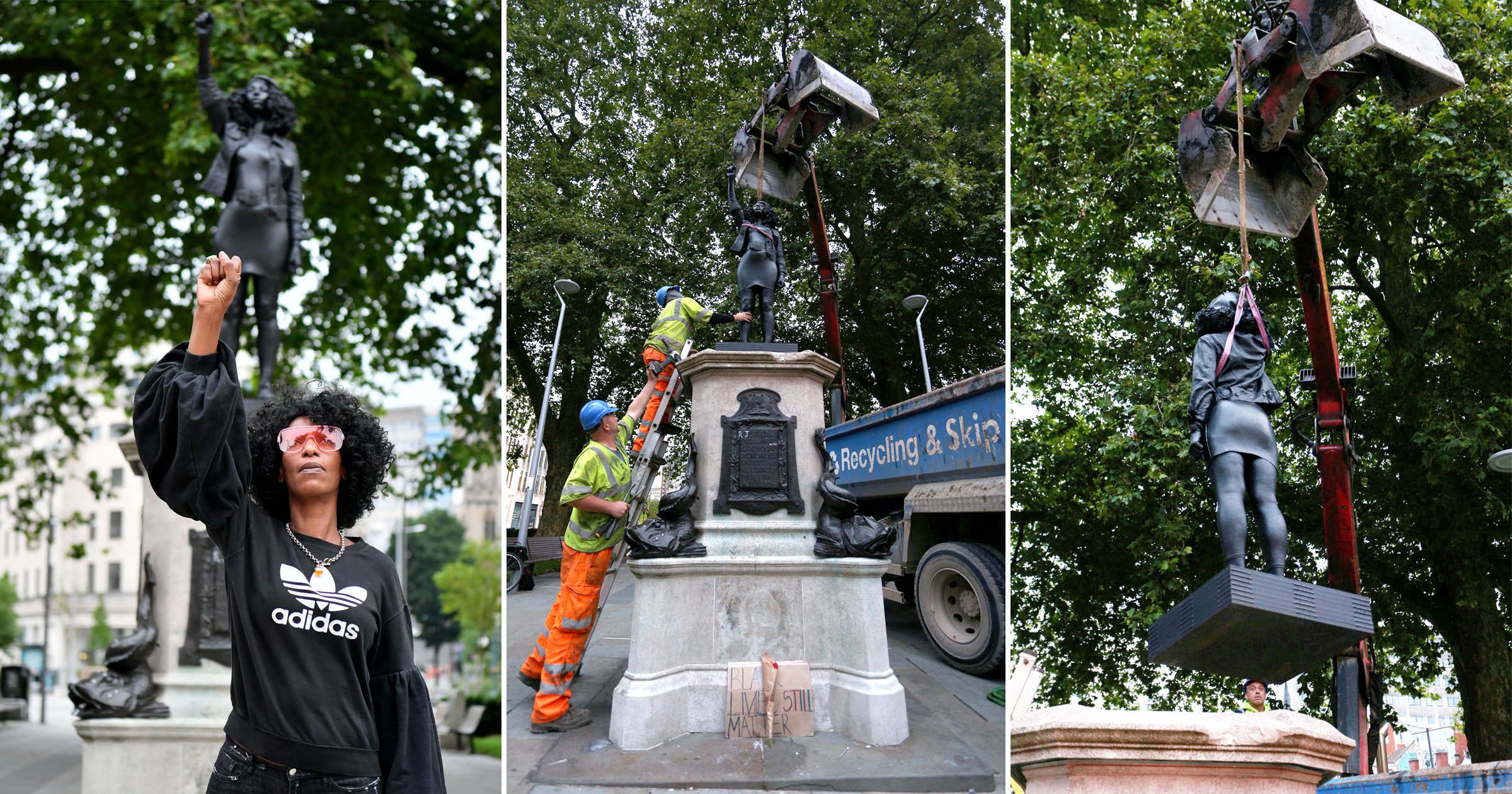 Dad’s heartbreaking tribute to son, 16, who died in Bristol explosion