Four protesters have been cleared of criminal damage for tearing down a statue of slave trader Edward Colston during a Black Lives Matter demonstration last year.

It came as protests against racism and police brutality erupted across the globe in the wake of George Floyd’s murder.

The defendants laughed with relief as the verdicts were returned, prompting loud cheers from the gallery.

All had admitted their involvement but denied their actions were criminal, saying the statue itself had been a hate crime against the people of the city.

They later hugged masses of well-wishers waiting outside the court for them.

Ms Graham was tearful as she thanked supporters for making sure ‘we were never alone in this’.

She said she was ‘overwhelmed and ecstatic’, adding that the jury was ‘on the right side of history’.

Tom Wainwright, representing Milo Ponsford, had told the court: ‘If you have a cancer like Colston festering in your city, you cut it out. Only once it’s gone that the body can heal.’

A huge crowd was seemingly involved in the toppling, but this group were the only four to face trial.

Mr Skuse was also accused of orchestrating a plan to throw the statue in the harbour.

It was retrieved by Bristol City Council and put on display at a city centre museum in June last year.

The case could have been dealt with by a magistrate, but demonstrators chose to go to crown court.

The jury returned not guilty verdicts after almost three hours of deliberations following a two-week trial. 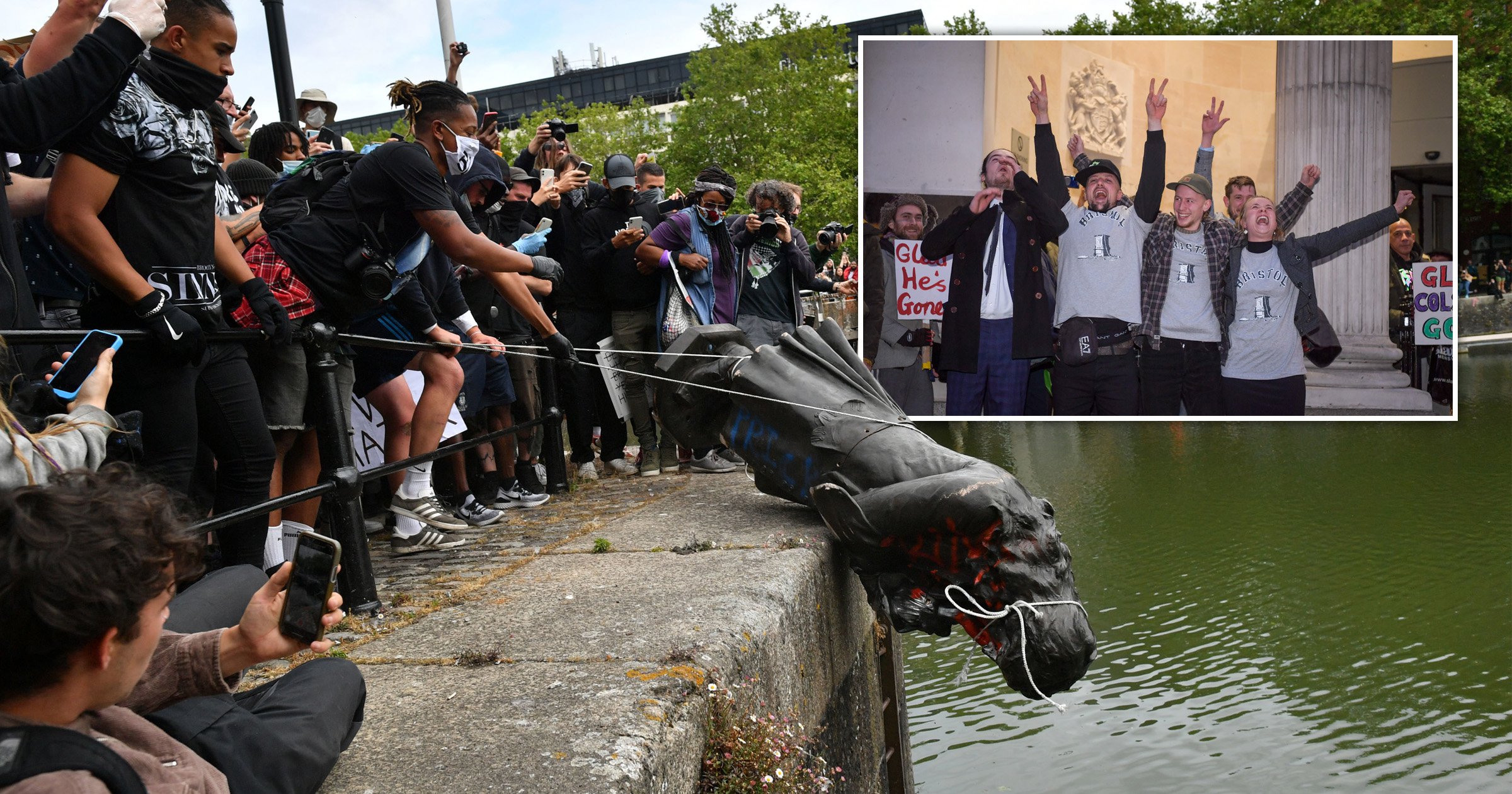 Student ‘left semi-paralysed’ after drink was spiked in nightclub