A young autistic boy was taken to hospital after an ‘aggressive’ woman hit him on the head with a six-foot paddleboard oar.

Antwon Forrest, 12, had been playing with friends at Conham River Park, Bristol, when the rower targeted the group, accusing them of throwing mud balls in the lake.

According to his dad Tyran, he was told the woman had targeted his son and hit him with the paddle, yelling: ‘Who else wants some?’ at the children.

Shocking pictures from the scene show blood gushing down Antwon’s face from the cut on his forehead.

‘You cannot get away with something like this,’ Tyran told Metro.co.uk. ‘I understand her having a go at the children if they were throwing mud balls at others – she has every right to do that.

‘Antwon wasn’t part of the group throwing balls. He asked the woman to calm down but she stormed up to his face, yelling “don’t you f*****g talk to me”.

‘Then, she grabbed this pole – six or seven feet high – and hit him. She then kept swearing and shouting at everyone.’

Tyran was called to the park to help his son and Avon and Somerset Police arrived an hour later.

He assured his son officers ‘will do the right thing’ and took him to the hospital, where doctors glued his wound.

According to a letter sent to the family by the police, the woman claimed she had ‘pushed Antwon away because he challenged her and she felt threatened by him and the surrounding group’.

The force decided ‘no further action will be taken in this case’.

‘I felt so disregarded, like they don’t want to do anything about it,’ Tyran said hours after receiving the letter. ‘I felt powerless.’

His sister Antonia shared the letter and the pictures from the incident on Instagram yesterday, and since then the post has been liked more than 57,000 times and shared by hundreds of people.

Tyran described as Antwon as a ‘happy child, who is really popular at school’ and has a passion for rugby and sports in general.

Previously, his PE teacher hailed him as ‘the most talented sportsman’ his school has had for years, his dad said.

Since the incident on March 26, the boy has been ’emotional’ and ‘upset’.

The concerned parent added: ‘I kept reassuring him that everything will be fine and that police would do the right thing.

‘When he found out on Wednesday that nothing will be done about it, he was very upset.

‘The thing is Antwon has autism and sometimes you don’t really know what is going on in his head.

‘He is an emotional child and has already gone through a lot in his life. He has a lot going on at such a young age.

‘Now that he has seen the outpour of support on Instagram, he is actually quite happy. He feels loved. I just have to continue to reassure him to stay strong.’

Hours after the post went viral, Tyran said the chief of Avon and Somerset Police got in contact to assure him they will ‘re-examine the case’.

The force also shared a statement on their Instagram, saying they have ‘initiated a review’.

A spokesperson told Metro.co.uk: ‘The incident was taken seriously and a woman was initially arrested at the scene before being de-arrested in line with Police and Criminal Evidence Act guidelines.

‘A woman was subsequently interviewed on suspicion of assault causing actual bodily harm.

‘Officers took a statement from the child and an adult family friend and viewed footage from after the assault.

‘After reviewing the available evidence officers believed that there was no realistic prospect of a conviction and made all parties aware there would be no further action.

‘Victims have a right to request a review in such cases. After becoming aware of the concerns of the injured boy’s family through social media, officers got in touch with them and initiated a review of the case. 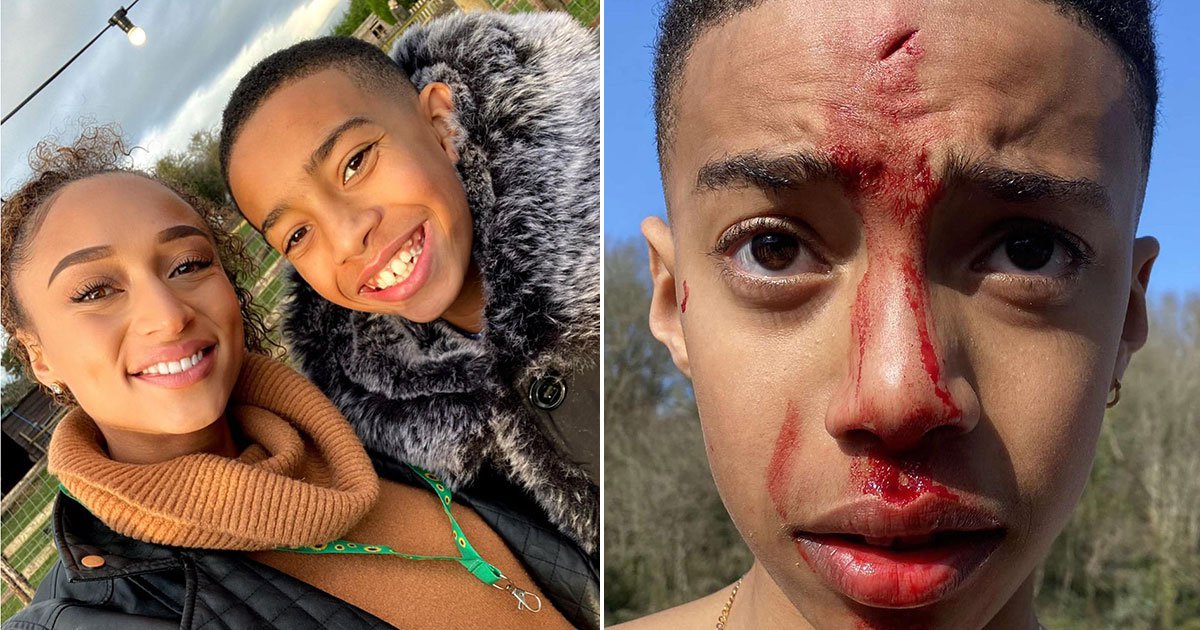