Recovery companies are seeing a rise in drivers grinding to a halt with an empty tank amid Britain’s fuel crisis.

Some have even been offered huge sums if they come with fuel.

Mohammad Aron from a car recovery service in Brentford, London, said fuel-related callouts had boomed and now made up around a third of its customers seeking breakdown assistance.

He told Metro.co.uk: ‘Someone offered to pay £150 to come and bring him 10 litres of fuel.

‘But we said sorry, we can’t because our own drivers are struggling.’

A similar picture was painted by Cars Recovery London which said it was called to 25 cases of drivers running out of fuel over the weekend.

The company has been towing vehicles to a local forecourt and fielding numerous requests from people asking ‘Can you come and give us five litres of petrol?’.

Recovery workers in Manchester said they have witnessed cars break down within touching distance of a petrol station.

They said some drivers were fixing the problem themselves by pushing their car to the petrol station or getting a friend to bring them some.

As the shortages continued for a third week, 200 troops were deployed to restock the most severely depleted pumps.

But even when levels return to normal, breakdown providers may find they’re still being asked to get cars with empty tanks on the road again as it’s a ‘common occurrence’.

The general manager of Hinton Rescue in Bristol, Ian Woolcott, said: ‘On the other side of the coin, we’re getting a lot of electric cars that run out of power.

‘It’s a human thing. They drive past petrol stations then run out of fuel, they drive past motorway services and don’t plug the car in to charge.’

The AA said: ‘Breakdowns related to the rush on fuel have returned to normal while mis-fuellings and out-of-fuels have more than halved. This all points to a considerable improvement in the fuel frenzy this week.’

A Green Flag spokesperson said: ‘We have seen an increase week on week of fuel related breakdowns. We’d encourage everyone to return to normal shopping behaviour as soon as they can so supply can again match demand.’

MORE : London petrol stations cash in on fuel crisis as price per litre soars to £3

MORE : Mum gives birth in back of pick-up truck at petrol station during fuel crisis 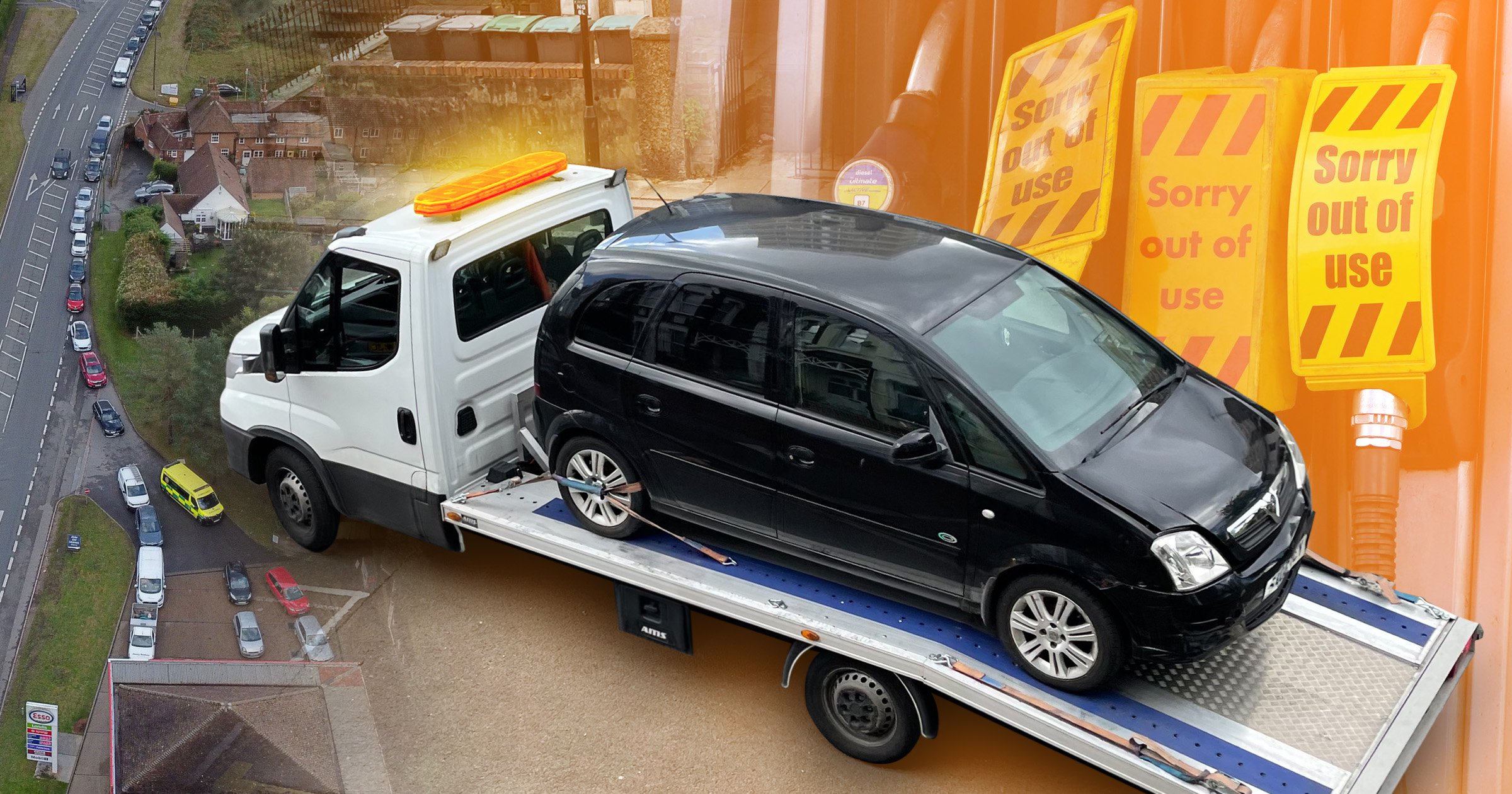 Firefighters manage to save the cake after wedding venue catches fire