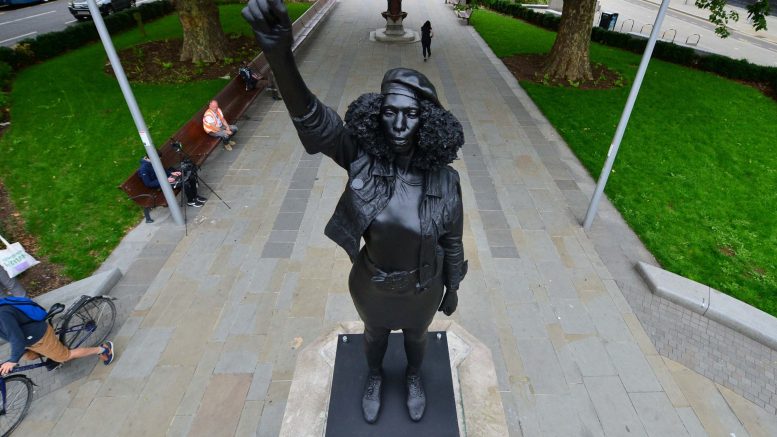 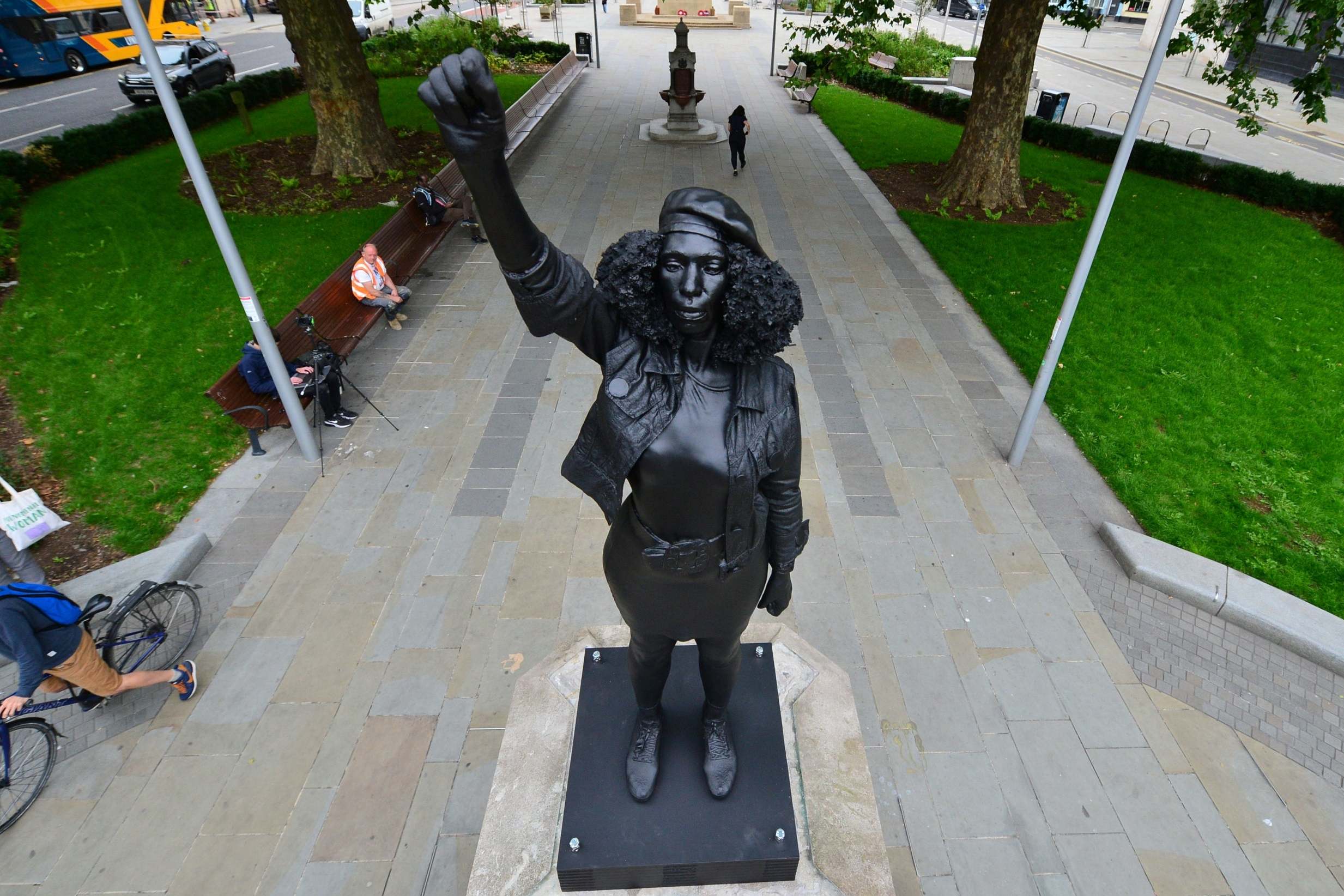 The Mayor of Bristol said the statue of a Black Lives Matter protester erected to replace that of Edward Colston “had to come down” as he spoke out on the “very delicate time” the city is facing.

London artist Marc Quinn created the life-size black resin and steel sculpture of activist Jen Reid after seeing a photo of her standing on the empty plinth following the toppling of the 18th Century slave trader.

A sign reading “Black Lives Still Matter” was placed at its base. But the statue was removed by the council on Thursday.

The Mayor of Bristol Marvin Rees said he “welcomed contributions from the artist” to pay for the cost of its removal.

He told Sky News: “I prefer to say we’re not taking down the statue of a Black Lives Matter protester but we’re taking down the work of a London-based artist who erected it without permission and without any conversation with the city.

“We set up a process that we think is really important to make sure that in a very delicate time we include the whole city and make sure everyone feels respected, and it was put up outside of that process and therefore had to come down.”

Mr Rees said if the artist had requested permission from the Mayor before erecting the statue he still would have said no.

“We’ve pulled together a history commission in the city,” said Mr Rees.

“We want a group of historians to help restore [the city] coming to contact with its full story across race, class, gender, trade union activity, and within that context we will be in a better position to make decisions about who we want to honour.”

Mr Rees told BBC Radio 5 Live that, when he spoke to the sculptor, the artist was unaware that the toppling of the Colston statue also caused damage to the grave of Scipio Africanus, a memorial to an enslaved African man.

“Running around provoking debate without any awareness of the potential consequences of that debate is not OK,” said the Mayor.

He added that how race was navigated in the UK was a “delicate balance”.

“The irony is 200-odd years or 300 years after Colston died he’s coming back to get this first black politician.”

The sculpture will now be put into storage and discussions will take place with Marc Quinn and Jen Reid about what they want to do about it.

“The artist has obviously said that he wants to sell it and give the money to local charities,” said the Mayor.

“I will say too – and this is the point I’ve made and it’s not a flippant point – but actually we’re facing a major funding crisis through Covid at the moment as well.

“We’ve lost revenue and we’ve had increased costs. Local authorities all across the country are talking about the financial crisis.

“It cost us money to take this down. The money we spent taking the statue down actually comes from accounts that we spend on adult social care and children’s services.

“We’d really welcome a contribution from the artist.”

Mrs Reid described the Colston statue being thrown into the river as “a truly historical moment”.

Mr Quinn said it was not put on the plinth as a “permanent solution”, adding that it may only last days or weeks before taken down.

“We want to keep highlighting the unacceptable problem of institutionalised and systemic racism that everyone has a duty to face up to,” he said.

If the statue is sold, all profits will be donated to Cargo Classroom and the Black Curriculum – two charities chosen by Mrs Reid, Mr Quinn said. 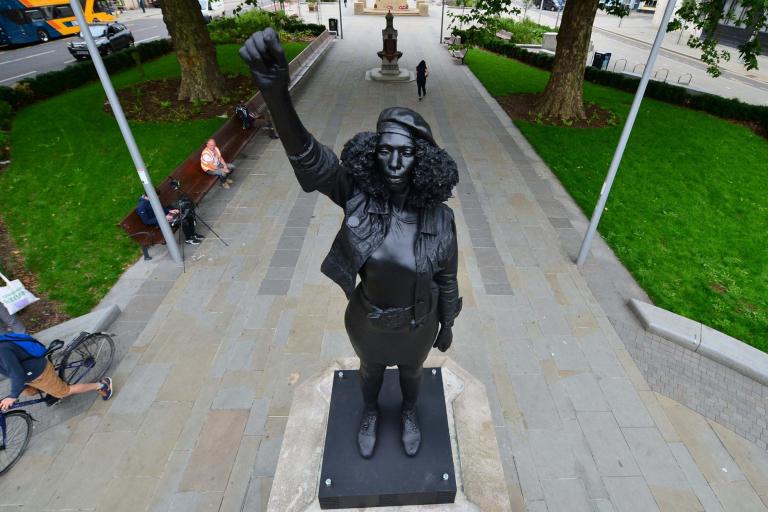