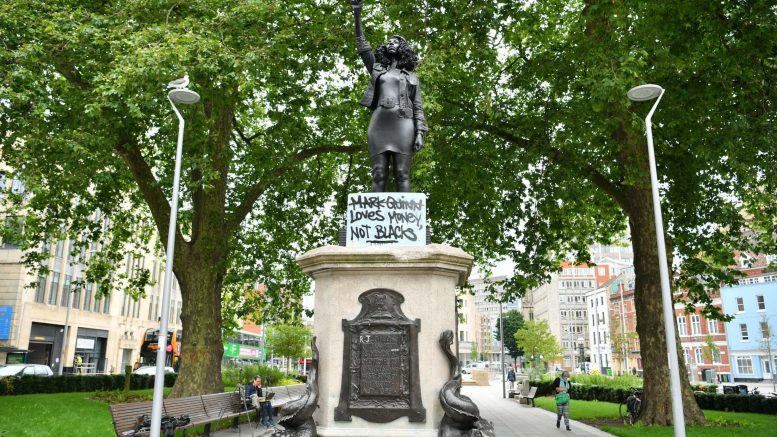 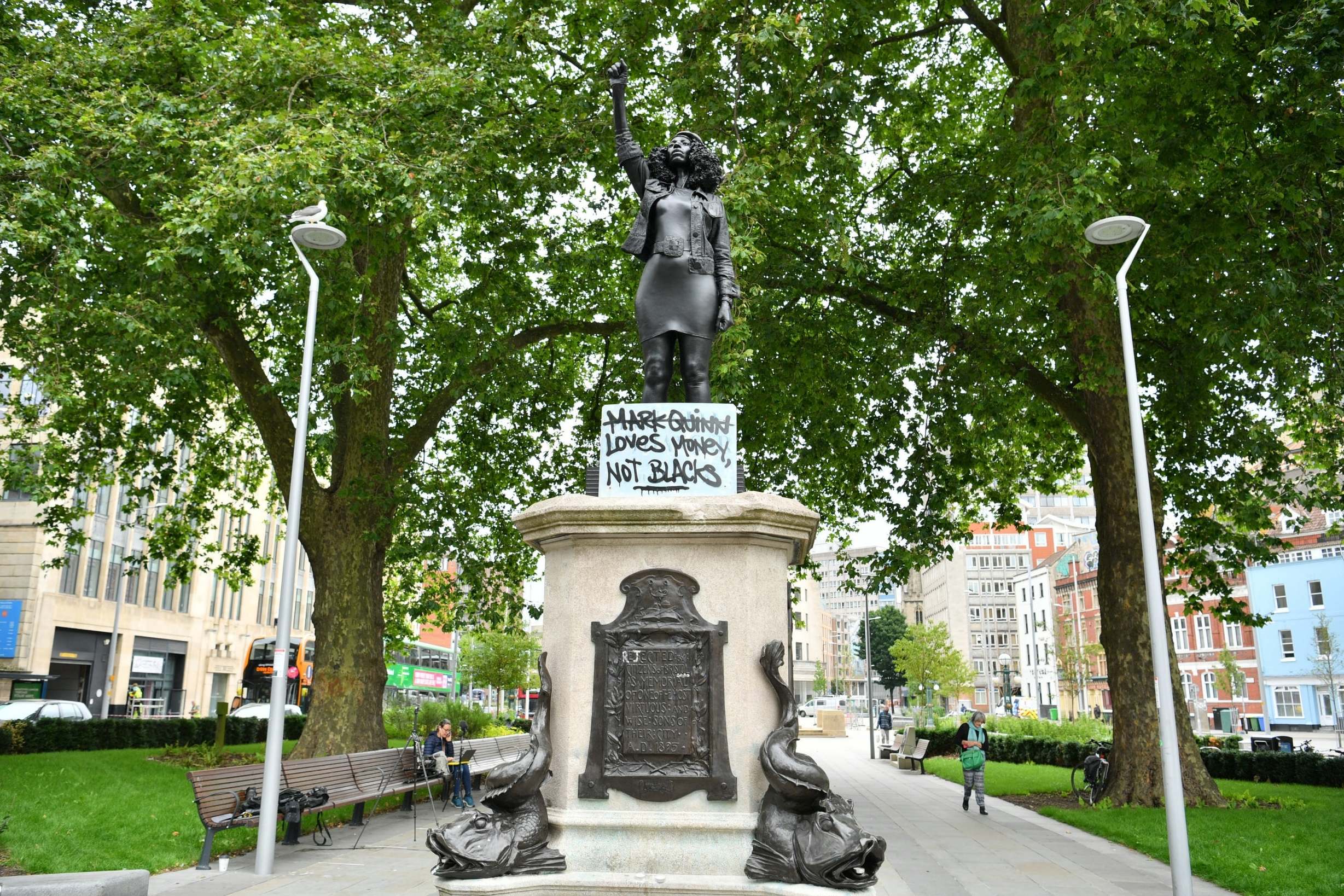 Bristol’s city mayor has lashed out at the artist who replaced the toppled Edward Colston statue with a sculpture of a Black Lives Matter activist… because he’s from London.

Artist Marc Quinn led a team of 10 people to erect the resin and steel figure of Jen Reid in secret just before 5am, without approval from the council.

The protester was pictured with her fist raised standing on the plinth previously occupied by the 17th century slave trader after his statue was torn down and dumped in Bristol harbour in June.

Two lorry loads of activists arrived at the plinth early this morning to raise Reid’s statue in 15 minutes, using a hydraulic crane truck, before officials could intervene.

But Marvin Rees, Mayor of Bristol, said: “The sculpture that has been installed today was the work and decision of a London-based artist.

“It was not requested and permission was not given for it to be installed.”

He said a history commission was still considering who should stand in Colston’s place, adding: “The future of the plinth and what is installed on it must be decided by the people of Bristol.”

The mayor insisted the commission would put the city in a better position to understand “who we wish to honour”.

The angry slap-down came amid a mixed reaction online since Mr Quinn’s sculpture, titled A Surge of Power (Jen Reid), was installed.

Liza Bilal, 21, an organisers of the Bristol Black Lives Matter march, said that the group — now named All Black Lives Bristol — are “enjoying” the new artwork.

But she echoed Mr Rees’ view that anything put in place of the Colston statue should “be democratically decided by the people of Bristol”.

She said: “It [the new statue] commemorates the momentous day that it was for the Black community here in Bristol.

“Anything that is erected in the place of Edward Colston should be democratically decided by the people of Bristol, but as an art piece and a conversation starter, the statue is great.”

After the sculpture was lowered onto the plinth, Mrs Reid stood in front of it with her fist in the air.

She recalled climbing onto it after the Colston statue was pulled down and spontaneously raising her arm in a Black Power salute. “It was like an electrical charge of power was running through me,” the stylist said.

“My immediate thoughts were for the enslaved people who died at the hands of Colston and to give them power.

The decision by Black Lives Matter protesters on June 7 to pull down the Colston statue sparked a fierce debate about the presence of other statues across the world, which is still continuing weeks later.

The statue was dragged to the harbourside, where it was thrown in the water at Pero’s Bridge – named in honour of enslaved man Pero Jones who lived and died in the city.

Bristol City Council fished the Colston statue from the water four days later and said it would be displayed in a museum along with placards from the Black Lives Matter protest.

Numerous other landmarks and buildings in the city have since cut ties with the benefactor. 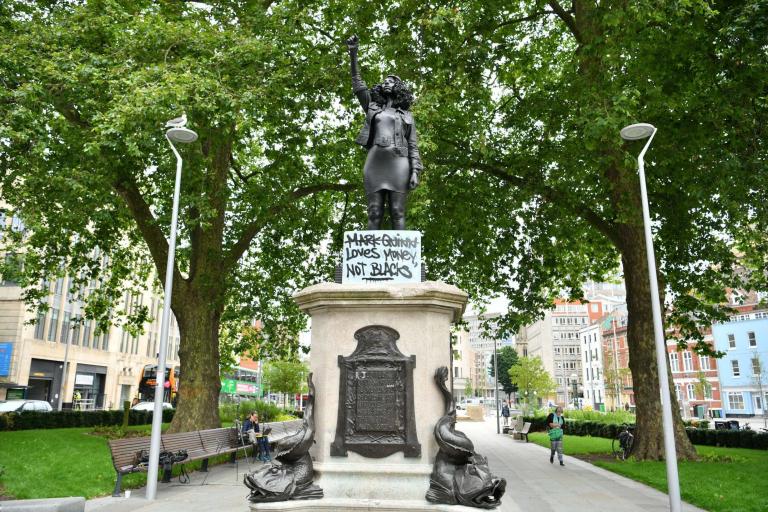