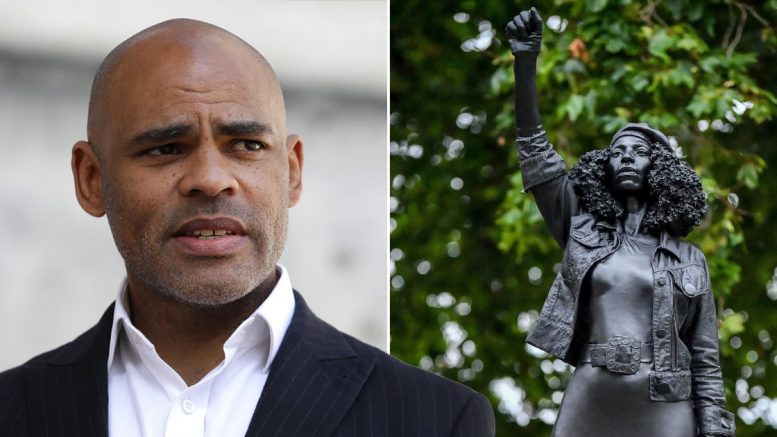 Bristol’s mayor says the sculpture of a Black Lives Matter protester erected where the statue of 17th century slave trader Edward Colston used to stand ‘will have to be removed’.

The-size black resin and steel piece pays tribute to Jen Reid, who was photographed standing on the empty plinth with a fist raised in in the air after the effigy of Colston was toppled by demonstrators, dragged across the street and tossed into the harbour.

The sculpture created by Marc Quinn, entitled A Surge of Power (Jen Reid), was installed in shortly before 4.30am on Wednesday by the artist’s team without the knowledge or consent of Bristol City Council.

A team of 10 people arrived in two lorries and had the statue up within 15 minutes using a hydraulic crane truck parked next to the plinth, where a sign reading ‘Black Lives Still Matter’ was placed.

Mayor Marvin Rees tweeted: ‘I understand people want expression, but the statue has been put up without permission.

‘Anything put on the plinth outside of the process we’ve put in place will have to be removed. The people of Bristol will decide its future.’

Mr Rees had previously said any decision on how the plinth should be used would be decided democratically through consultation.

In a statement after the Jen Reid statue was erected, he said change needs to happen at a pace that ‘brings people with us’.

He added: ‘The sculpture that has been installed today was the work and decision of a London-based artist. It was not requested and permission was not given for it to be installed.’

Mr Rees referenced a commission set up by the council to tell a ‘fuller history’ of the city, including the part played by black people, women, the working class, trade unions and children.

The Mayor said this would put the city in a better position to understand ‘who we wish to honour’ and will help the city decide on the future of the plinth.

After the sculpture was installed on the plinth, Mrs Reid was pictured standing in front with her fist in the air.

Recalling the moment she climbed onto it after Colston’s statue was pulled down and gave a Black Power salute, the stylist said: ‘It was like an electrical charge of power was running through me.

‘My immediate thoughts were for the enslaved people who died at the hands of Colston and to give them power.

‘Creating this sculpture is so important as it helps keep the journey towards racial justice and equity moving, because black lives matter every day.

‘This sculpture is about making a stand for my mother, for my daughter, for black people like me. It’s about black children seeing it up there.

‘It’s something to feel proud of, to have a sense of belonging, because we actually do belong here and we’re not going anywhere.’

When Colston’s statue was pulled down with ropes on June 7 it was chucked into the water at Pero’s Bridge – named after enslaved man Pero Jones, who lived and died in Bristol.

Mrs Reid described the monument being thrown into the river as ‘a truly historical moment’.

The artist had been following anti-racism protests following the death of George Floyd in the US and contacted Mrs Reid after a friend showed him a photograph on Instagram of her standing on the plinth.

He said: ‘My first, instant thought was how incredible it would be to make a sculpture of her, in that instant.

‘It is such a powerful image, of a moment I felt had to be materialised, forever. I contacted Jen via social media to discuss the idea of the sculpture and she told me she wanted to collaborate.’

The artists said it was not put on the plinth as a ‘permanent solution’, adding that it may only last days or weeks before taken down.

He added: ‘We want to keep highlighting the unacceptable problem of institutionalised and systemic racism that everyone has a duty to face up to.’

Mr Quinn said that if the statue is sold, all profits will be donated to Cargo Classroom and the Black Curriculum – two charities chosen by Mrs Reid. 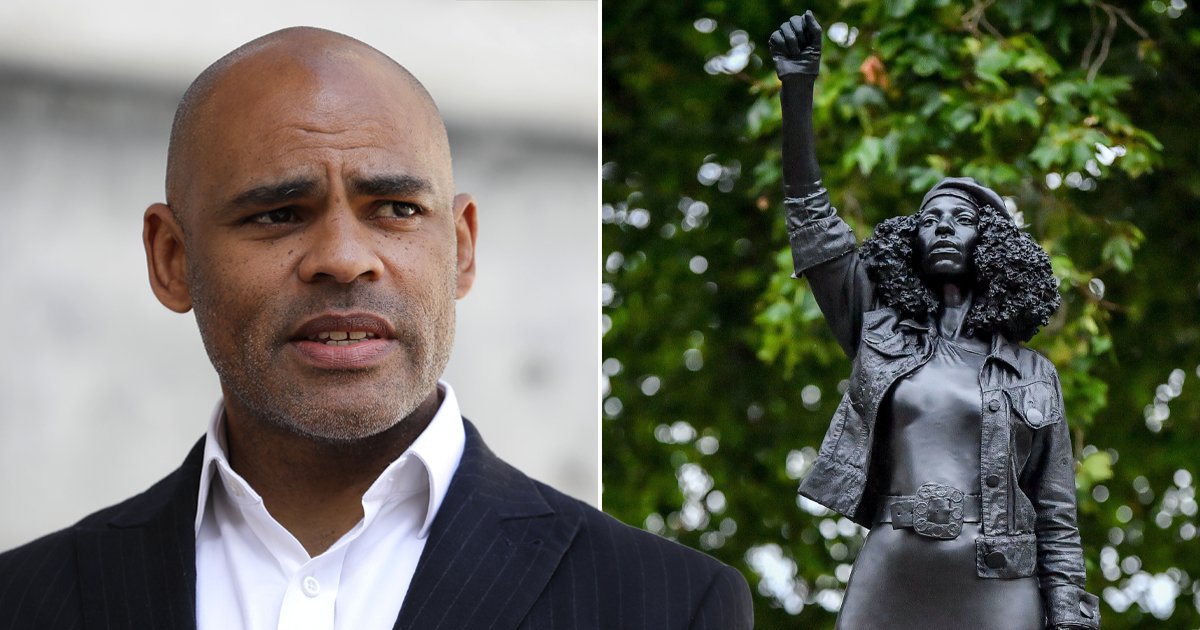 Mum has eaten 7,300 roasts after having one every day for 20 years