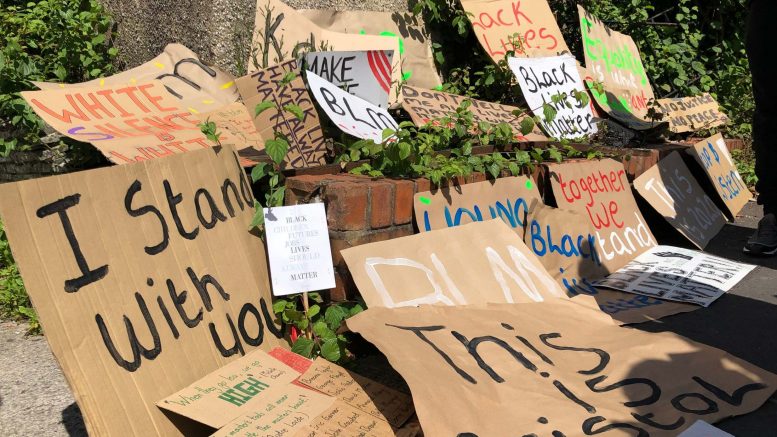 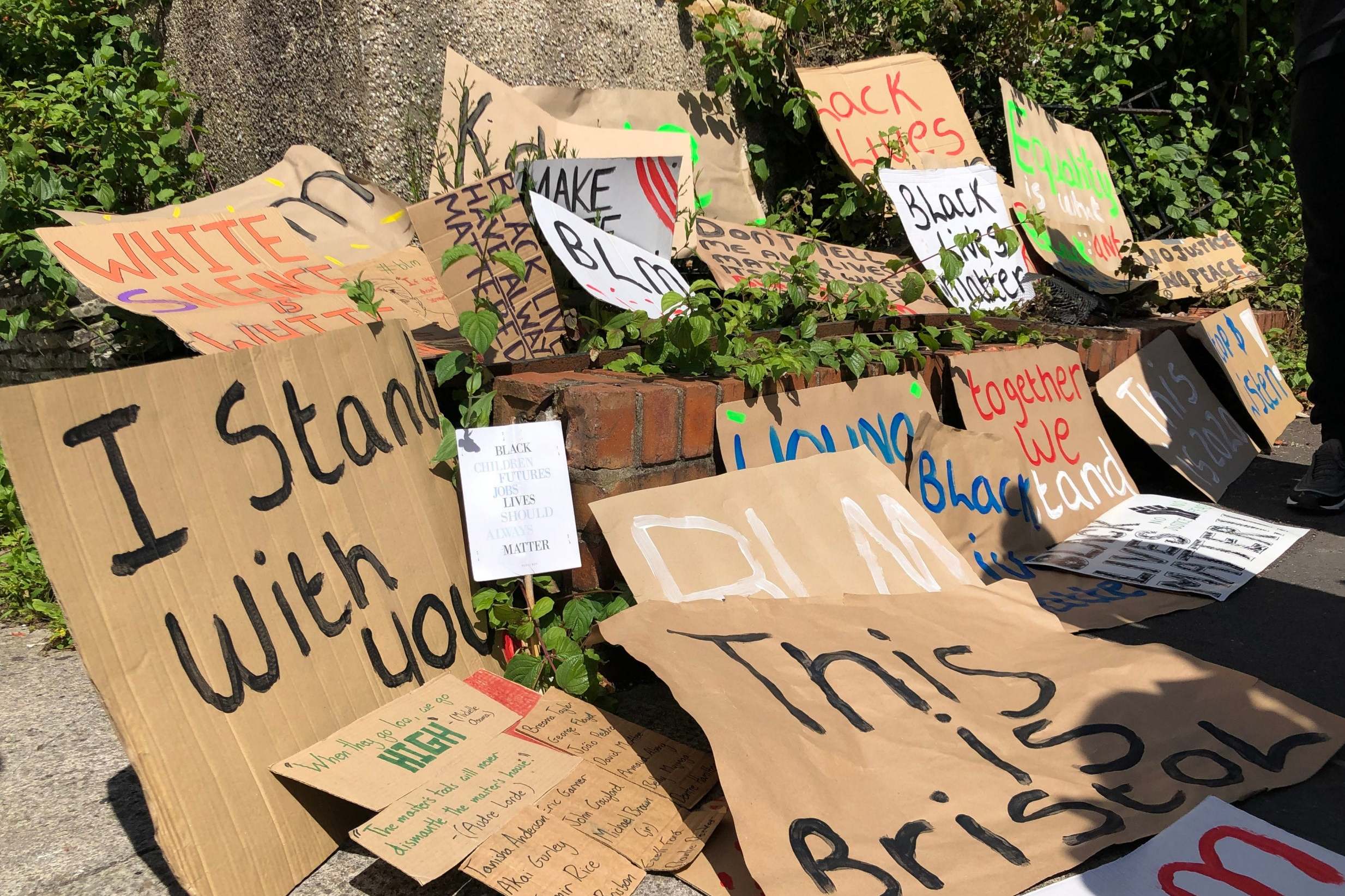 Crowds have descended on Bristol in protest after a young NHS worker was seriously injured in a racially aggravated hit-and-run.

Dozens gathered on Monks Park Avenue in Bristol, where the victim was attacked on July 22.

The 21-year-old, who wishes only to be referred to as K or Kdogg, the name he uses when performing music – just finished a shift at nearby Southmead Hospital.

He was walking to the bus stop while listening to Stormzy through his headphones when the incident took place at about 4.30pm.

On Sunday, people gathered on the street holding placards reading Black Lives Matter, No Justice, No Peace and Kdogg.

They marched down the road and around the surrounding area, before speeches were made where the incident took place.

Protesters then placed their placards at the spot where K was injured, where damage is still visible to a wall that was struck by the vehicle.

One of the organisers said: “We had a protest to stand up and say what happened to young K isn’t acceptable.

“I contacted him the day that I found out about what happened and we spoke a few days later.

“He was really overwhelmed by all the support and he gave us the go ahead for this protest.

“When we first started today there were probably about 30 of us and by the end, there were people who stopped their cars and joined us.

“We need people to see us, understand us and then join us so to see that happening today in response to what happened to young K – that’s what we need.”

Avon and Somerset Police has said the attack is being treated as racially aggravated due to the racist language used by the occupants of the vehicle that drove into K.

Two men, both aged 18, were arrested on suspicion of attempted murder on Saturday morning.

K, a keen footballer, has been left unable to walk without crutches, only able to sleep sitting up in a chair and requiring regular hospital treatment for his injuries.

Doctors have said it will take a minimum of six months before K is able to do most things but it will take longer for him to be back to full fitness.

He has been left permanently scarred, with surgeons unable to remove glass and grit in his face.

A fundraising page set up by his friend, Simeon Mccarthy, has received more than £43,000 in donations, and has been supported by the band Massive Attack.

Mr Mccarthy said the money would go directly to K to support him through his recovery “in whichever way he sees fit”.

The fundraising page can be found at gofundme.com/f/help-raise-money-for-nhs-member-of-staff 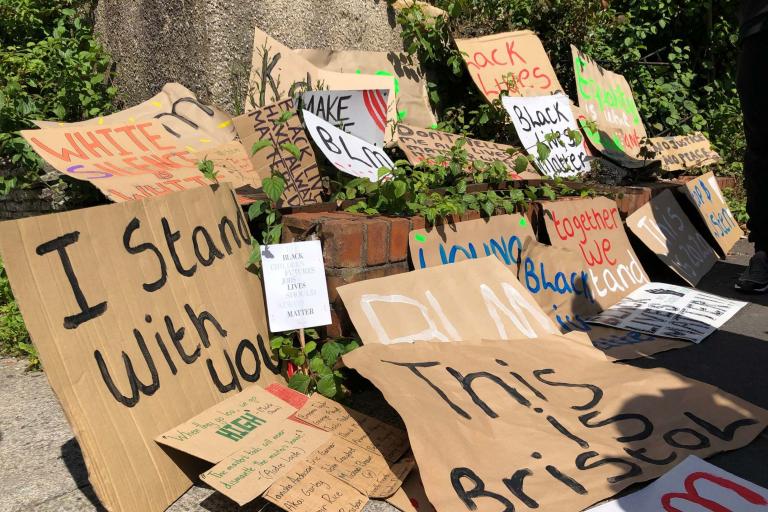 She ‘felt sick’ as she tweezed out a long, sticky mass that ‘just kept coming and coming’ from her son’s ear. Bristol – Metro …

Bristol is already considering various initiatives to tackle climate change and mitigate its impacts. Safeguarding our planet’s future depends on international action – only so much can be done at a local level – but there are success stories our city can draw on.
The post Green shoots of hope: Climate solutions from around the globe appeared first on The Bristol Cable. The Bristol Cable …

‘I was absolutely gobsmacked, I just couldn’t believe it. It made me wonder if someone was not very happy in the kitchen that night.’ Bristol – Metro …

Bristol’s infection rate and hospital admissions have continued to fall on the eve of the government announcement on our route out of lockdown next week.
The post The Bristol Briefing: Initial Covid-19 surge testing results ‘very reassuring’ appeared first on The Bristol Cable. The Bristol Cable …