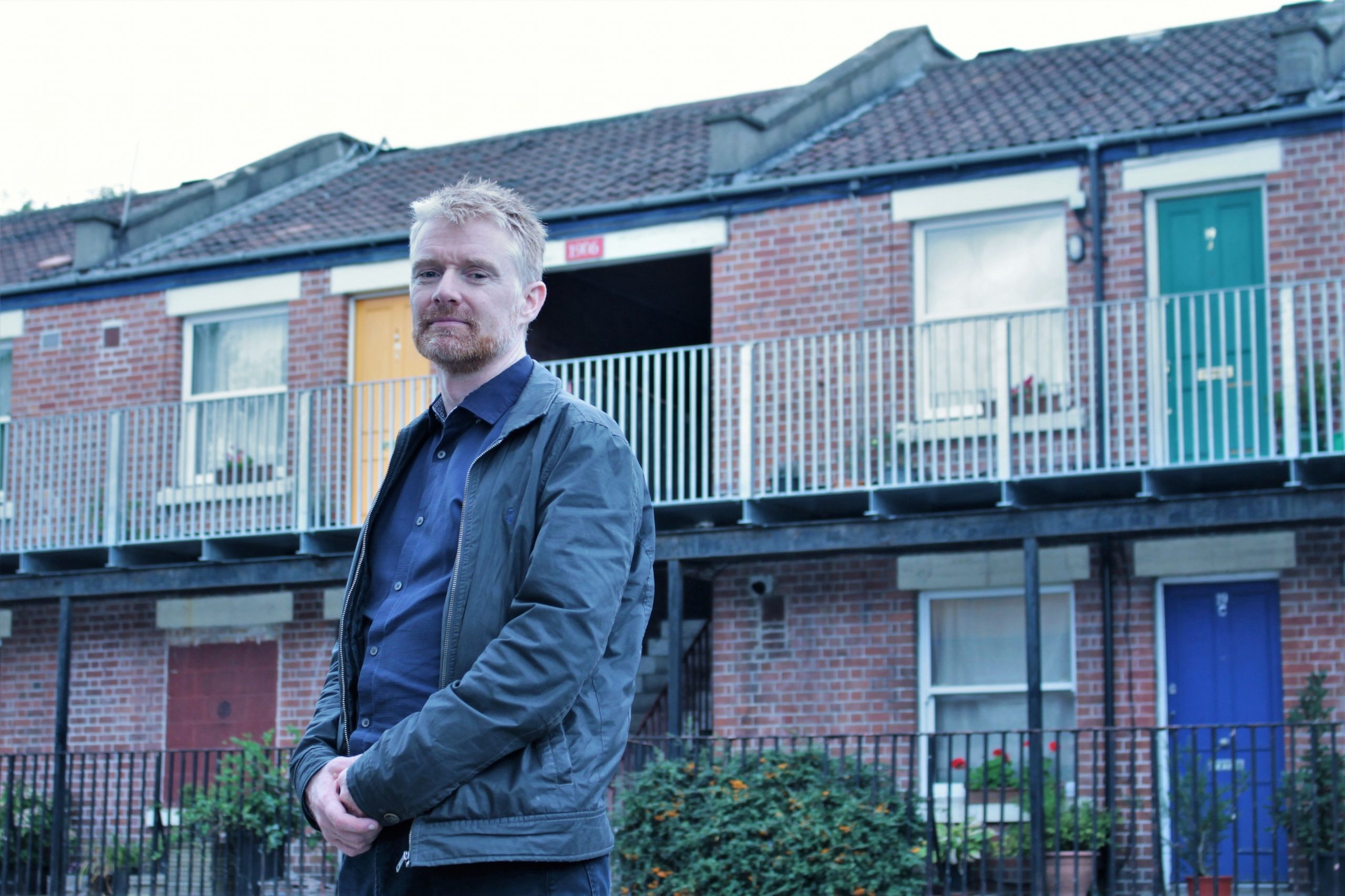 Green mayoral candidate pledges to build 2,000 council homes and carry out major energy-efficiency work on the remainder by 2030, despite a review warning this could wipe out reserves.

If one bread-and-butter topic has dominated Bristol politics in recent years it has been housing – its desperate shortage and ever-increasing cost.

It was at the heart of a pledge – to build 800 affordable homes annually by 2020 – that helped Marvin Rees become mayor in 2016, but which ran out of steam during the first wave of the coronavirus.

Ahead of this year’s vote, housing has already taken centre-stage in controversial fashion. In February, the Rees administration’s decision to freeze council rents as part of its budget, supposedly to reduce hardship during the pandemic, triggered a bitter Labour row.

Frome Vale councillor Nicola Bowden-Jones accused her party of chasing votes at the expense of income that would benefit citizens by helping the council build and maintain homes. The latter responsibility will include making housing more energy-efficient as part of the 2030 net-zero emissions drive that’s arguably now Bristol’s biggest issue – something not factored into previous long-term spending plans.

Bowden-Jones was one of five Labour councillors who backed a Green Party amendment to the 2021-22 budget that would have seen rents rise by 1%, raising an estimated extra £1.7 million a year. Fellow rebel Jo Sergeant, member for Avonmouth and Lawrence Weston, subsequently defected to the Greens, citing a culture of bullying within the council’s Labour group.

This week the Greens’ mayoral candidate Sandy Hore-Ruthven pledged – despite the lost rent money – to invest half a billion pounds in building 2,000 new council homes if elected, and to insulate existing ones, by the end of the decade.

Meanwhile community union ACORN, which has significantly influenced the housing conversation in Bristol over the past five years, is demanding mayoral candidates sign up to even more ambitious targets. They want a commitment to add 1,000 new council homes a year by 2025, while – with 14% of UK carbon emissions coming from homes – ensuring the entire existing stock of about 27,000 is retrofitted by 2030.

So far the council has plans to fully retrofit just 40 of its homes at a cost of £3.8 million, one third of which comes from government grant money, totalling £3.8 billion, towards decarbonising social housing. With the national cost of actually doing so estimated at more than £100 billion, that leaves big landlords, including councils like Bristol’s, with a massive gap.

So can the city really have more affordable homes as well as old ones that meet climate goals – or are Bristol’s housing and climate targets on a collision course?

Why the rent freeze has people worried

In defending its rent freeze, Bristol’s ruling Labour group said the fact it had underspent on repairs during the pandemic, and was able to dip into “very healthy” reserves to the tune of £1.8 million, would mitigate the impact of the decision.

“Freezing rents for one year because of collective economic hardship will not threaten our commitment to new social housing in Bristol,” said deputy mayor Craig Cheney in February.

Having missed his 2020 target around housebuilding, Rees has pledged this year to ensure that “at least” 1,000 affordable homes are being developed annually by 2024 as part of a 2,000 target that also includes private sale. These figures are unchanged from promises he made before coronavirus derailed local elections’ original 2020 date.

But opponents of the rent freeze fear it will mean the council itself is able to build fewer of those homes.

A June 2020 review of the local authority’s 30-year business plan and borrowing capacity around housing by the consultancy Savills, released in response to a freedom of information request, paints a pretty upbeat picture. This includes that it could borrow about £176 million over and above its existing plans during this decade, to help it build more homes.

But the review – which some backbench councillors have said was withheld from them – was based on the council raising rents by 1% as it had done the year before.

Internal analysis by the Green group has estimated that the decision not to do so could reduce the number of homes the council will be able to develop by 335 under the measures set out in its business plan.

This basically mirrors an apparent scaling back of planned new council homes over the next five years – from 923 in the Savills report to 571 in the budget plans published in February 2021. The Cable has asked the council for clarification of these figures.

The Savills report also lays out the scale of the council’s challenge to decarbonise by 2030 the homes it already has – something senior officers have acknowledged over the past year, and recently in the budget papers.

Based on the council hypothetically spending £20,000 per home on energy-efficiency work, Savills projects housing revenue account reserves being wiped out by the end of the decade, resulting in an “unviable” business plan. Again, this calculation is based on there being a rent rise rather than freeze.

What the Greens said this week

While they are critical of the inevitable impact of the freeze, the Greens also claim the current administration is being overcautious in its assessment of how expensive retrofitting will work out.

For instance, in a scrutiny committee report published before Christmas, officers called decarbonising homes a “real challenge”, but said it could cost anywhere between £250 million and the £540 million assumed by Savills’ analysis.

Speaking to the Cable, mayoral candidate Sandy Hore-Ruthven highlighted that ambiguity, and also pointed to the increased borrowing capacity mentioned in the Savills report – which he said could fuel his aspirations both to develop and retrofit homes.

“If you look at the report, [Savills has noted that] actual borrowing is much cheaper than [the rates included in] their predictions,” Hore-Ruthven said, adding that there was no room for a “conservative approach” when facing both housing and climate crises.

“We think we can borrow around £600 million, which would get us to building 2,000 new council homes over a 10-year period, and going on our calculations also gets us close to retrofitting [existing ones],” Hore-Ruthven said of his plans. They are based on future rent rises of at least 1% above inflation per year paying off debt, in line with calculations made by former cabinet member for housing Paul Smith, who left the council last year.

Nonetheless, Hore-Ruthven conceded that decarbonising all the council’s homes, which may mean more than fitting the new insulation promised by the Greens, will likely require central government cash. He took an optimistic view on this, arguing that the rapidly closing window for taking action over the next decade will see a shift in attitudes.

“If the government is serious about climate change, they’ll start to put money into retrofitting,” he said.

No matter who takes power, looming over calculations around both increasing affordable homes and getting to net-zero is the question of how much of its current housing the council will realistically hang onto.

First, it is losing about 150 homes a year to tenants purchasing under the Right to Buy. This means the overall number of affordable homes is slowly shrinking even as new ones are built.

Second, the local authority had concluded by last year that it will be necessary to demolish some housing blocks – including, but probably not limited to, high-rises – because of their poor energy efficiency, other high maintenance costs, or general unpopularity.

A report published in December based on the results of a new analysis tool – also bought from Savills – estimated that around 6,000 homes, almost a quarter of Bristol’s council stock, cost more to manage than they bring in. A further 5,000 were deemed ‘marginal’. Again, the rent freeze, which cuts each home’s income, can only worsen this picture.

It’s worth noting that some of the council’s homes are genuinely poor quality, and could be replaced by better. It has yet to provide any sense of whether dozens, hundreds or thousands could be at risk.

But backbench councillors, including within Labour, as well as some tenants who have spoken to the Cable, worry that despite aspirations to replace any demolished social-rented homes like-for-like, the council may struggle to do so. With many tricky-to-maintain inner-city tower blocks sitting on prime development land, there are fears over whether displaced residents would ultimately have the opportunity to return to warm, affordable homes in their old neighbourhoods.

Ahead of the election, all this is speculation. The council’s updated 30-year housing business plan, again commissioned from Savills, is due to be completed later this year, 12 months later than originally planned, bringing more clarity. By 2022 it is also supposed to have finished weighing up options – on which it has said tenants will be balloted – for estates deemed to perform poorly.

But what’s certain is that the next mayor, whoever they may be, will have an almighty balancing act to pull off if they are to get anywhere near delivering the affordable homes Bristol needs, both in terms of housing residents and hitting net-zero.