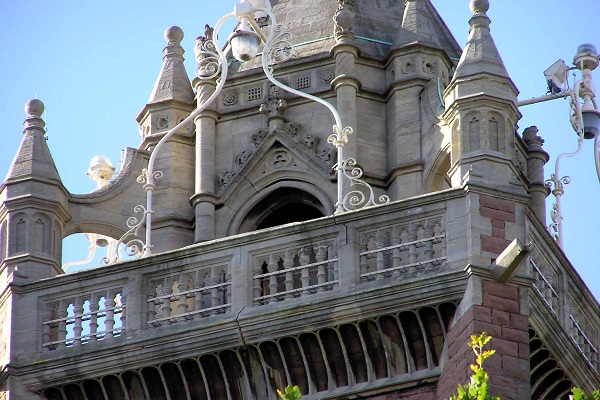 Cabot Tower is a tower in Bristol, England, situated in a public park on Brandon Hill, between the city centre, Clifton and Hotwells. It is a grade II listed building.

The 105 feet (32 m) high tower was built, on the site of a previous chapel and windmill, in the 1890s to commemorate the 400th anniversary of the journey of John Cabot from Bristol to land which later became Canada. Public access to the viewing platforms at the top of the tower via the staircase was stopped in 2007 as it had become unsafe. It reopened in 2011.