Tired of people dumping their litter beside overflowing bins, Bristol City Council aims to remove waste baskets to encourage the public to take their rubbish home with them.

But the plan led to some trash talking at a meeting of the city’s park chiefs.

One outraged councillor said a trial in Hartcliffe will give visitors the impression the area ‘deserves to wallow in our own rubbish’.

And proposals to remove bins at The Downs raised fears the mess left behind would be ‘just vile’.

The idea of removing bins from the beauty spot was first mooted in July, when staff said they could not cope with the ‘mountains’ of rubbish being left behind by day trippers.

Downs supervisor Ben Skuse said that issuing on-the-spot fines to litter louts and removing bins had worked in areas such as Bedminster, as it encourages ‘people to think about their waste, minimise it and take it away’.

He told city leaders: ‘Putting rubbish in our bins is not disposing of it correctly, because that is not being recycled effectively.’

Merchant Venturer David Powell was also in favour of the approach, the Bristol Post reported.

Mr Powell said: ‘I think we should just do it. If you’ve got a bin, people think someone’s going to come and collect the rubbish.

‘If there are no bins, it does encourage people to think “well I’ve got to do something else with rubbish”. To a certain extent, what have we got to lose?’

However, councillors representing The Downs rejected the ‘short, sharp shock’ plan for now, while the experiment continues in other areas of the city. 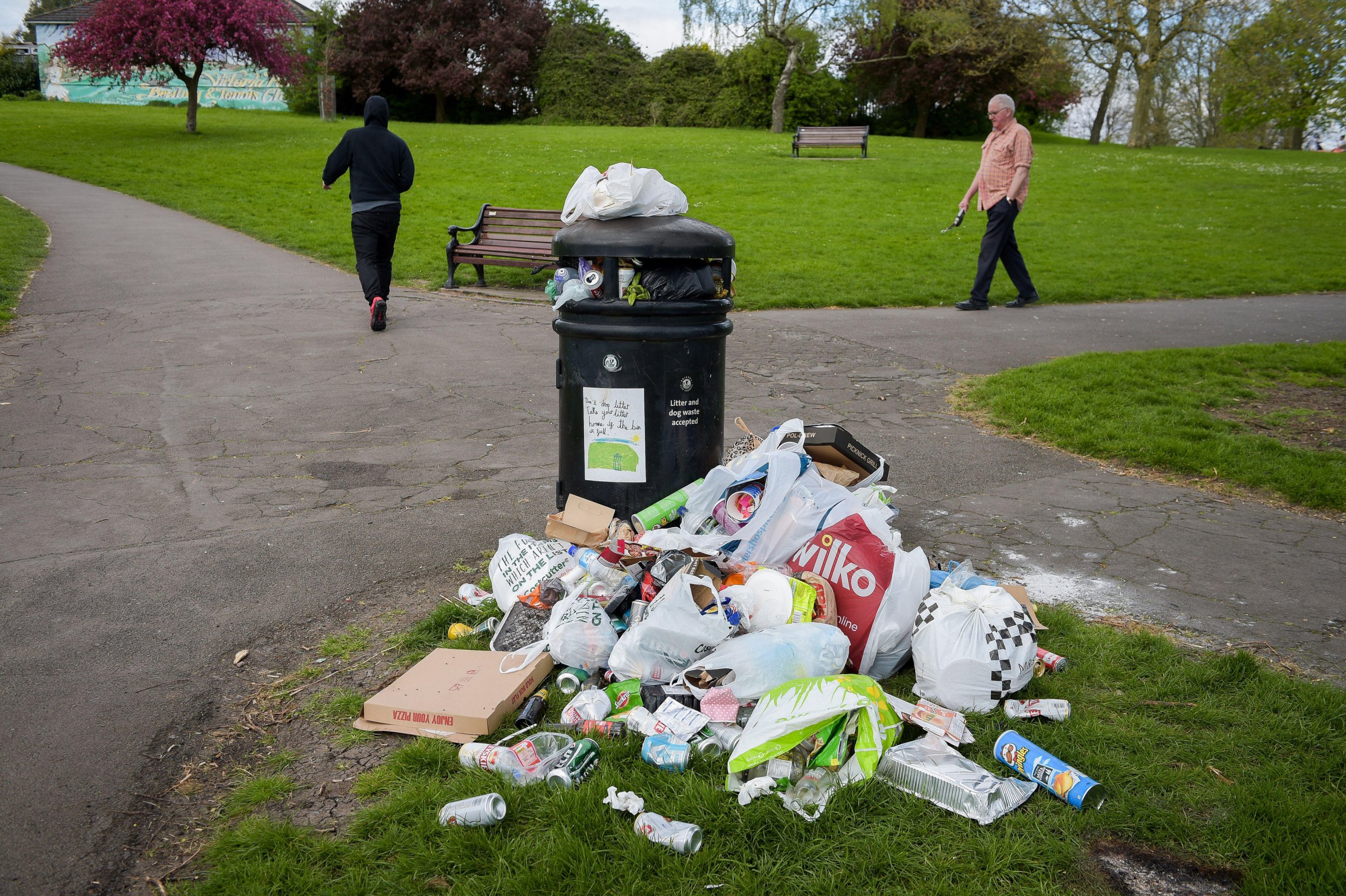