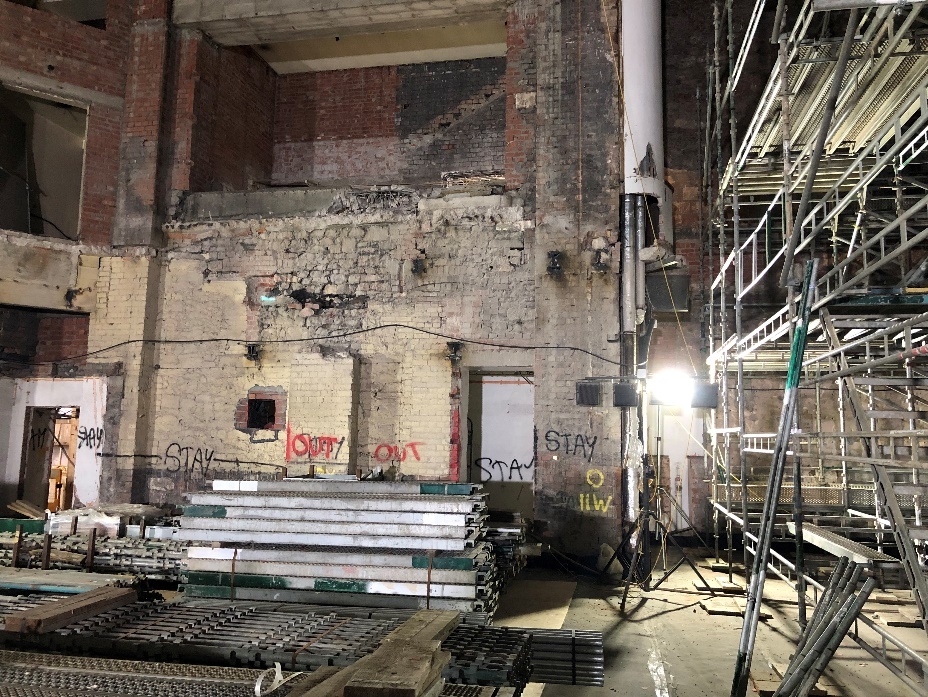 The refurbishment cost has more than doubled, partly because of a huge number of unforeseen structural problems.

The anticipated cost of a major council project to refurbish the Bristol Beacon has more than doubled to an eye-watering £107million.

Originally set at £48.8m in 2018, and revised to £52.2m a year later, the expected cost of the project has ballooned out to £106.9m, according to a new report. The report, due before Bristol City Council’s ruling Labour group next week, also shows the iconic cultural centre, formerly named Colston Hall, is not expected to be ready to hold its first show until the end of 2023.

It comes after workers unearthed a huge catalogue of unforeseen structural problems when they began gutting the building in 2019. Elizabethan well shafts, Victorian stoves and hollow pillars propping up roofs were among the problems uncovered which “far outstripped the worst-case scenarios contemplated”, according to the new report.

Cabinet members are expected to approve the spending of an extra £58.1m, over and above the original budget of £48.8m, to complete the project when they meet on Tuesday, 9 March. Bristol taxpayers would foot the majority of the additional cost, with £44.5m coming from the council’s capital budget, according to the report.

The remaining extra £13.6m is expected to be covered by £6.2m from the Arts Council, £6.3m from the West of England Combined Authority, and £1.1m which the Bristol Music Trust hopes to raise.

Scrutiny councillors privy to confidential information about the project were shocked when the report was pulled from last month’s cabinet meeting at the last minute. They accused the administration of botching the tendering process and trying to hide the costs until after May’s local elections.

But officers blamed the delay in making the report public on its main contractor, saying Willmott Dixon’s “commercial behaviour” had prolonged live negotiations.

The council is still in “very challenging” negotiations with Willmott Dixon, according to the report, in an apparent attempt to transfer “95%” of the financial risk. It undertook a “thorough review” of the project in the wake of the newly discovered structural problems and developed a revised programme and costs with Willmott Dixon.

“This exhaustive process has resulted in a strong level of confidence in the revised project budget and duration required to complete the scheme,” according to the report.

“The initial budget was clearly inadequate once the structural and heritage items were discovered.

“We are now in a position to set an informed revised total capital investment budget of £106.9m. This is based on comprehensive information arising from the project review and includes appropriate project contingency to manage project risk.”

“The completion date for the construction contract is April 2023. The projected opening date for the new concert hall (allowing time for end user fit out and soft openings) is October 2023.”

Referring to its negotiations with Willmott Dixon, the report says the council is still trying to secure the “best possible outcome” for taxpayers.

“But [we] accept we retain liability for events and costs which have not been foreseen at the point of contracting.”

The council said it had considered whether to mothball the refurbishment project or abandon it entirely, but that both options would have cost the council significantly more than completing it.

“Funding already secured from funding bodies and other organisations would have to be paid back, and the economic and cultural value of having a major cultural hub in the city centre would be lost,” a spokesperson said. Members of the council’s overview and scrutiny management board did not oppose the project’s completion when they discussed the matter on 24 February, despite their shock at the new cost.

Bristol Mayor Marvin Rees said: “Bristol Beacon has been an iconic city centre venue for 150 years. “Its unique cultural, economic, and social value to Bristol means that pausing or abandoning the project would be an irretrievable loss to the city, its arts and culture organisations and citizens.

“We now know what secrets the building holds, and while this has meant a higher than expected cost to modernise and re-open the venue, our commitment to Bristol Beacon is so strong that investment remains the best financial and strategic option for the city.

“We now have a detailed, resourced plan that gives certainty for when Bristol Beacon will re-open its doors  providing musicians, artists and cultural organisations from Bristol and beyond with a world class venue to perform in and brings  economic benefits by stimulating Bristol’s night time economy and attracting visitors to the city.”

Within 20 years of reopening, the Bristol Beacon would potentially contribute £253.7m to the city’s economy, another £9.3m to the wider South West economy, and support 273 jobs, according to a report from KPMG in 2017.

It would host around 800 events a year and its education hub, Bristol Plays Music, would provide a cultural base for young people in the city, a council spokesperson said.