An EasyJet airline passenger had a mid-flight drunken rampage where he was ’11 out of 10 angry’.

Alexandros Christou, 21, hit his partner in the face after downing whisky and also attacked a member of cabin crew and a fellow passenger.

He also attempted to open the emergency door mid-flight.

Christou, from Blaenavon in South Wales, was jailed for 11 months after admitting seven offences when he appeared at Bristol Crown Court.

The ‘petrifying incident’ happened when Christou was a passenger on a flight from Larnaca, Cyprus, to Bristol last September.

Catherine Flint, prosecuting, said Christou and his girlfriend Sinead were returning from visiting his estranged father and he bought a bottle of whisky at the airport.

The couple started arguing shortly after boarding. Christou hit Sinead in the face and she asked to be moved.

Miss Flint said: ‘Mr Christou was moved to the back of the plane and it was explained to him why.

‘He became very abusive and was abusive to his girlfriend in English and Greek.

‘He was absolutely enraged and was described as being 11 out of 10 angry.’

Christou ignored the ‘wear seatbelt’ sign, threatened to bite a woman’s finger off, and narrowly missed when swinging a bag at a cabin crew member, the court heard.

He then tried to open the back door of the aircraft, uttered vile abuse including a homophobic slur in Greek, spat at but missed a passenger, and threw soap and tissue at his girlfriend.

Miss Flint said the captain sped up the flight and police were on hand when it landed.

Upon arrival Christou was arrested and attempted to chew his way through handcuffs, injuring his mouth.

He then spat blood in the police vehicle, which had to be deep cleaned at a cost of £107.

Edmund Wylde, defending, said the chef was returning to the UK after visiting his estranged father.

Judge James Patrick said: ‘This was a petrifying incident for those who were involved.

‘Those who offend in this way must expect to receive a custodial sentence.’

Arresting officer Adrian Chilcott, of Avon and Somerset Police, said: ‘We will not tolerate abusive and aggressive behaviour on board any aircraft and will always work with the airport and airlines to take appropriate action against disruptive passengers.’ 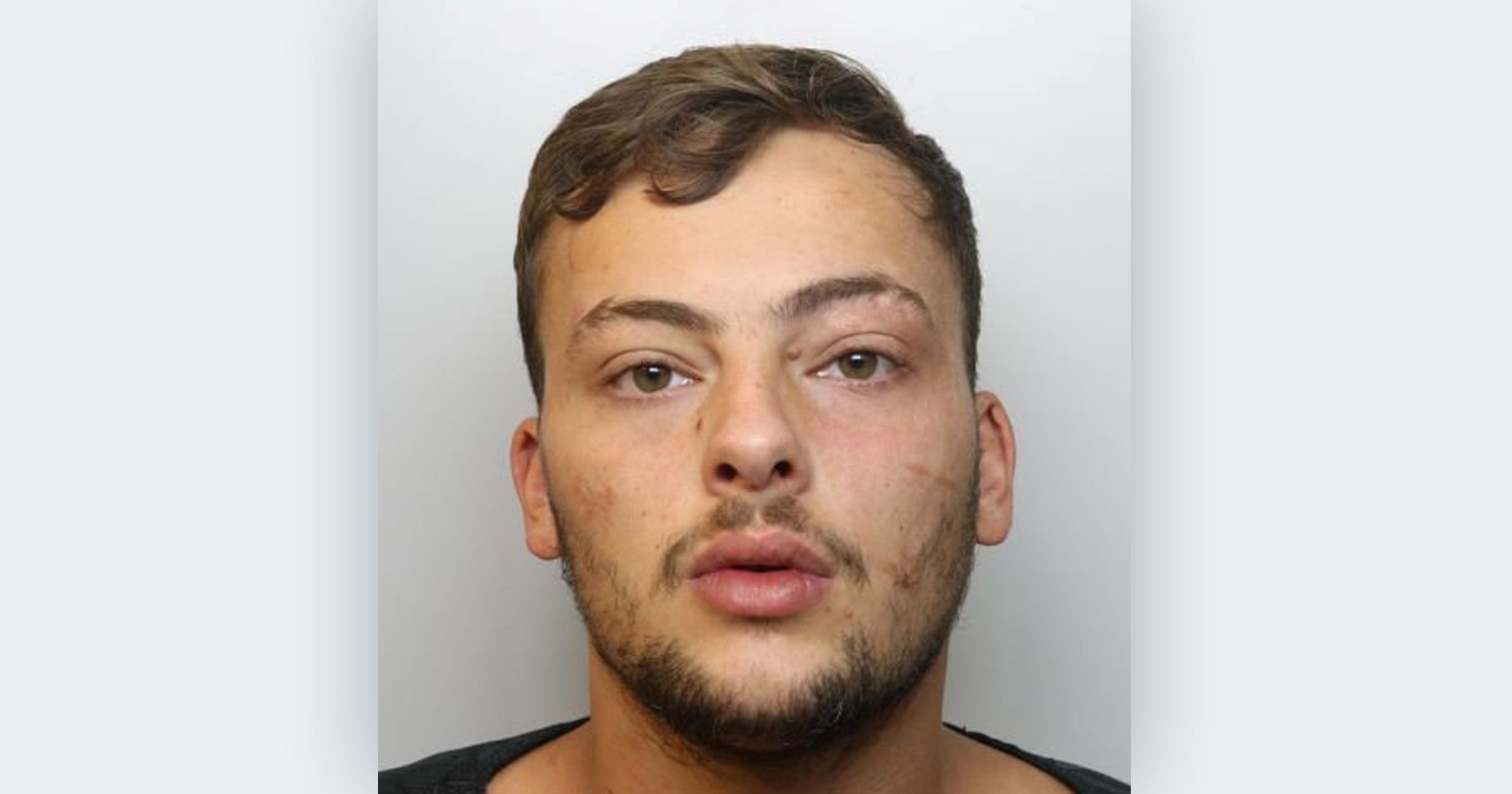