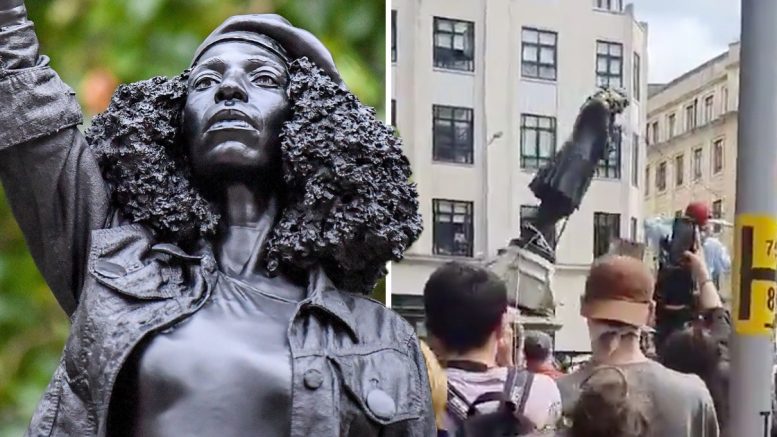 The statue of slave trader Edward Colston was secretly replaced overnight with a sculpture of a Black Lives Matter protester who helped to topple him.

His empty spot has been filled with a monument to Jen Reid, who was photographed on the plinth with her fist raised after the 17th century merchant was pulled down by demonstrators last month.

A cardboard placard reading ‘black lives still matter’ was also placed at the base.

The sculpture of Miss Reid was erected just before 5am by a team of 10 people directed by the artist Marc Quinn.

The protester told the Guardian she had been secretly working with the artist on the idea for weeks.

Bristol City Council were apparently not informed of the move and it is unclear if the sculpture will remain.

This morning, the activist stood in front of her statue with her fist in the air and said: ‘It’s just incredible.

Titled ‘A Surge of Power (Jen Reid) 2020’, the black resin and steel statue was erected quickly and in secret at dawn.

Workers arrived in two lorries and had the sculpture up within 15 minutes using a hydraulic crane truck parked next to the plinth.

Marc Quinn told The Guardian: ‘Jen created the sculpture when she stood on the plinth and raised her arm in the air. Now we’re crystallising it.’

The plinth has been largely empty in the weeks following the protests apart from a few temporary installations – including a mannequin of paedophile Jimmy Savile.

Bristol City Council and mayor Marvin Rees had said previously that a decision on the future of the plinth would be made democratically.

The statue of Colston is currently being restored after being fished from the water and will eventually be placed in a musuem. 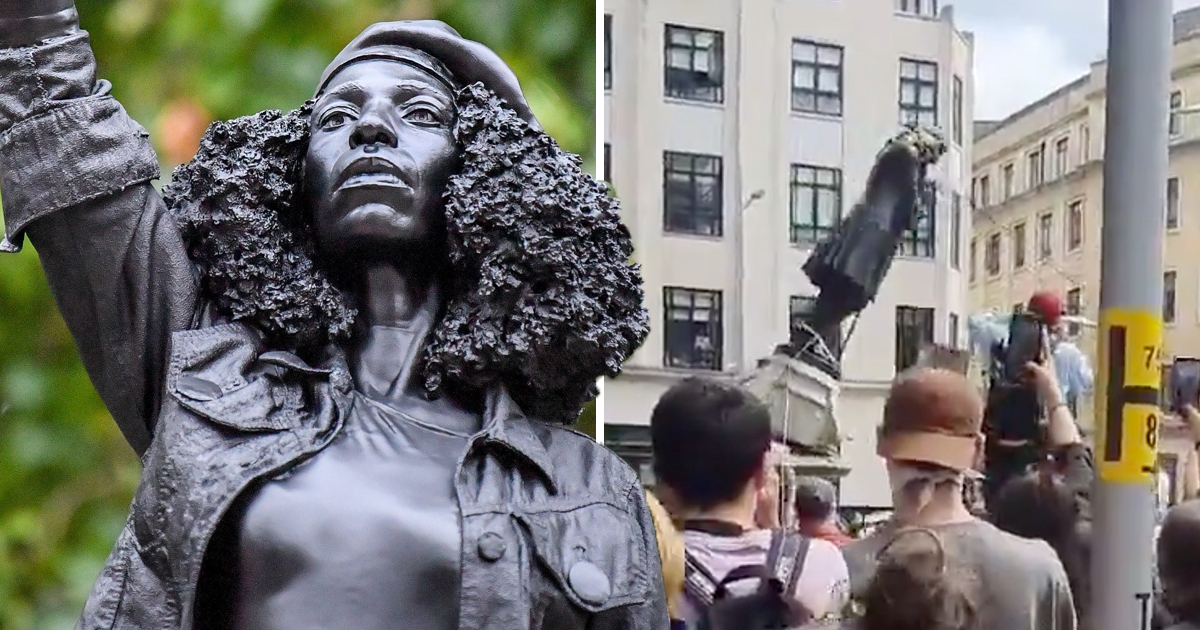 Misunderstood and excluded: How to build mental health services fit for diverse communities

Teenage boy among four dead in explosion at water works