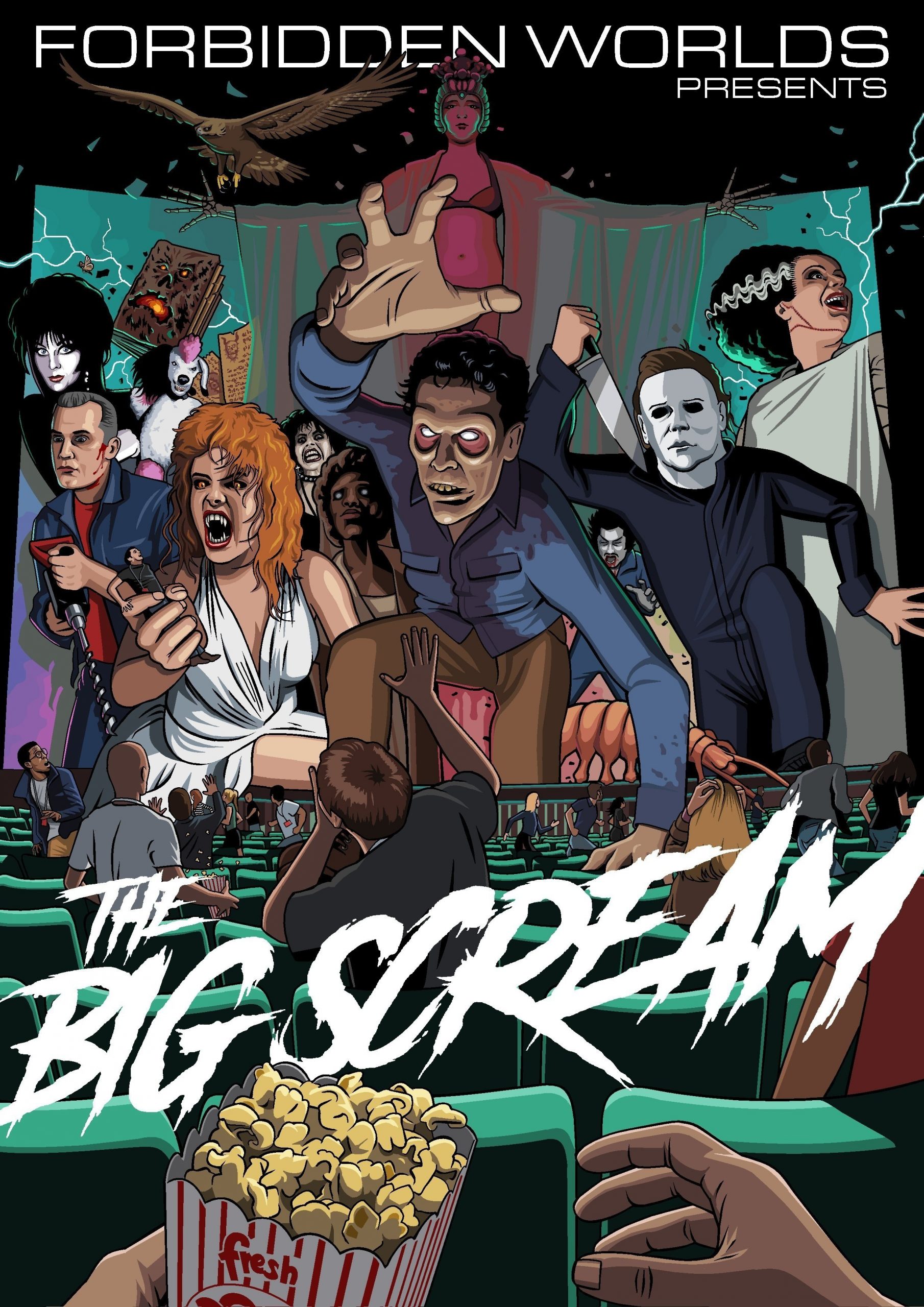 CELEBRATE HALLOWEEN WITH BIG SCREAMS ON THE BIGGEST SCREEN!

Forbidden Worlds Film Festival returns with a three-day horror-themed film festival at the former Bristol IMAX with a selection of cult and classic horrors
The festival will be held from Friday 28 October to Sunday 30 October
The programme will feature a 35th anniversary screening of Sam Raim’s Evil Dead II, John Carpenter’s original 1978 masterpiece Halloween and cult favourite Fright Night, as well a Universal Horror classic, Shaw Brothers insanity, and much more!

After their inaugural festival in May, which saw over 1,100 admissions, celebrating 40 years of local video shop 20th Century Flicks with a series of films from 1982, the Forbidden Worlds Film Festival returns with a horror-packed weekend dubbed ‘The Big Scream’.Horror fans are invited to the South West’s biggest screen to view a selection of classic and cult horrors whose VHS covers intrigued and terrified those browsing the aisles of their local video rental shop. The horrific line-up includes a mixture of Halloween classics and bizarre curios celebrating the monstrous and the supernatural.

Well-known and celebrated titles include Sam Raimi’s gonzo horror-comedy Evil Dead II, which is celebrating its 35th anniversary this year, the original 1978 Halloween from the legendary John Carpenter, and cult favourite Fright Night from 1985.Horror fans will also be able to see some under-screened spine-tinglers including Boris Karloff and Elsa Lanchester in Bride of Frankenstein, Vincent Price in The Tingler, the unclassifiable Shaw Brothers insanity of The Boxer’s Omen in a brand-new restoration, martial arts star Sonny Chiba as a lycanthrope detective in the Japanese actioner Wolf Guy, golden age slasher The Slumber Party Massacre, and plenty more.

Tessa Williams of the festival programming team says of the line-up: “I am really excited that we’ve been given this opportunity to use the former Bristol IMAX again for a horror-themed festival for Halloween weekend. “Horror is one of my favourite genres and we’ve programmed some absolute classics that aren’t often seen on the big screen. You especially won’t want to miss the original Halloween, which I believe is the greatest horror film of all time. I can’t wait to see it on the biggest screen in the city with the festival audience!”

Forbidden Worlds Film Festival, which is dedicated to screening repertory fantasy, action, science-fiction and horror films from around the world and celebrating the people that made them, will host their screenings at the former Bristol IMAX, situated in Bristol Aquarium, with its epic 19m x 15m screen.All films will be projected from DCPs (Digital Cinema Packages) on a professionally installed Christie digital cinema projector. Please note these screenings will not fill the full size of the former Bristol IMAX screen. However, viewers are advised that the projected image size will still be very big!

There will also be other surprises for festival attendees including special introductions, guest speakers and, of course, the return of Forbidden Worlds festival beer courtesy of New Bristol Brewery. As it is the spooky season, attendees are more than welcome to dress up should they wish and there may be prizes for the best costumes!

Also, in order to make the event more accessible, some films will be presented with descriptive subtitles for the d/Deaf and hard of hearing. Weekend and Day Passes for the festival are now on sale with individual screening tickets set to be available in a few weeks. You can follow Forbidden Worlds Film Festival on Facebook, Twitter and Instagram.

Tickets can be purchased through www.forbiddenworldsfilmfestival.co.uk