The Puppini Sisters at The Spiegeltent – 7th Dec 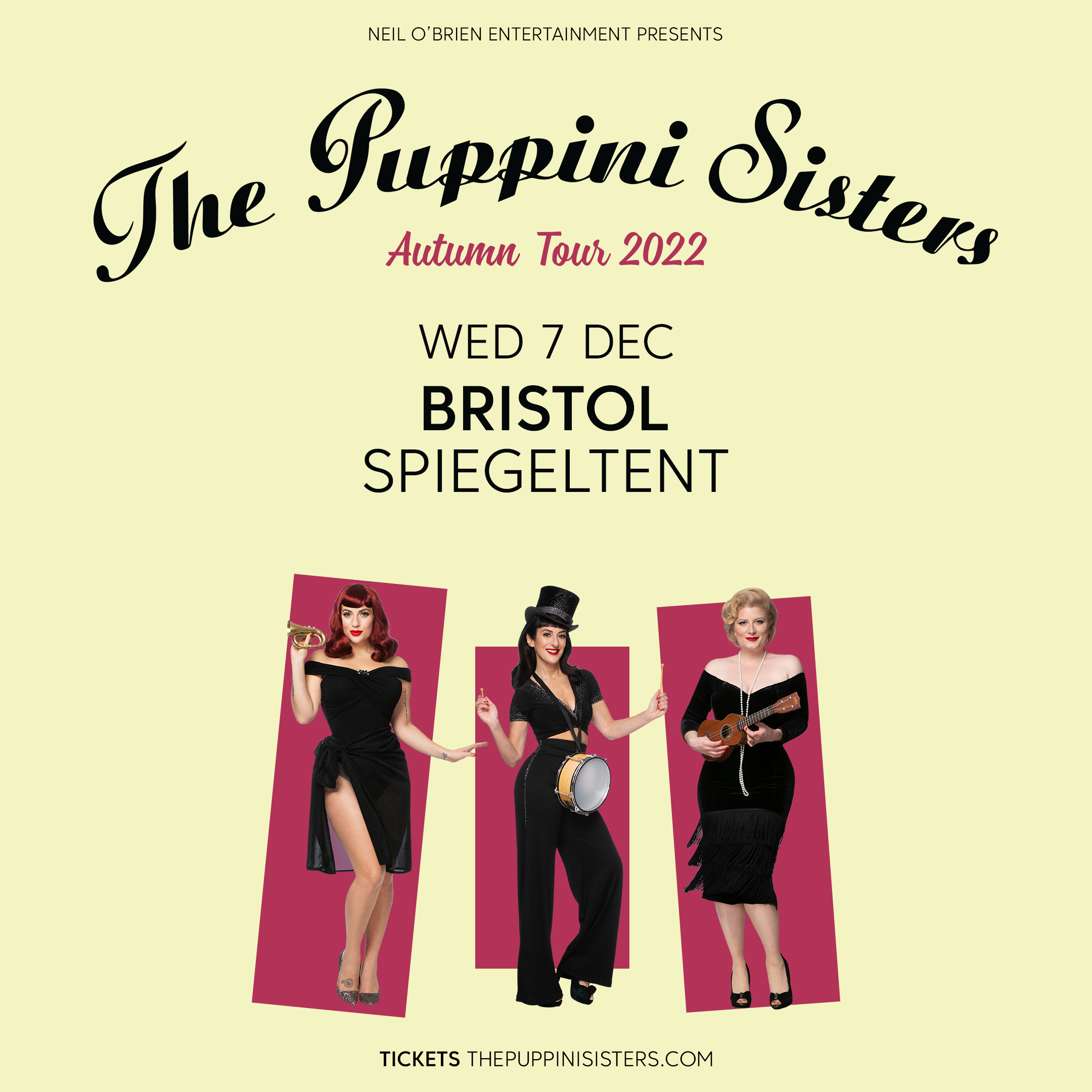 The Puppini Sisters are back on tour with a brand-new show featuring a combination of their own arrangements of classic songs from the 30’s to the 50’s, jazzy reinventions of pop hits, self- penned original songs and from their latest, & fifth album, Dance, Dance, Dance, a selection of strictly swing dance style arrangements that will get everyone up on their feet including Sing Sing Sing, I Wanna Dance With Somebody and 9 To 5.

The Puppini Sisters were conceived 18 years ago, by Marcella Puppini and since then, with FIVE albums under their waist-cinching belts, they have been awarded Gold and Multi-Platinum discs, have collaborated with Michael Bubleì and have performed all over the world & appeared on some of the most prestigious stages including l’Olympia in Paris, The Great Hall of Conservatory in Moscow, The Greek in L.A., B.B. King’s in New York and Glastonbury Festival in England.

They count HRH Prince Charles, The Manhattan Transfer, Michael Bubleì and Hugh Laurie amongst their many fans from around the world. It’s extraordinary how many others have followed their trailblazing lead, whether it’s the gorgeous close harmony singing style, the swing-style re- workings of modern pop songs, or their impeccable retro-futuristic fashion sense, but none come close to these true originals.

Marcella Puppini says: “We live very much in the present, and consider ourselves as 21st Century women, totally absorbed in a world of modern technology and women’s rights. But we also like to play dress up and sing old songs with a new spin or new songs with an old spin. I think our enduring popularity (as well as our enduring love for what we do) is a combination of two factors: swing is infectious and cool, with its intricate syncopated rhythms and with its echoes of fabulous dance parties; and harmony singing, in my opinion, resonates deeply with everybody – it’s as if it speaks directly to the soul.”

So finally, after two years, it’s time to spend the perfect night of live music that fans, new & old of The Puppini Sisters have been waiting for. Don’t miss out on what promises to be an exciting, fun and thrilling evening!

Suitable for all for ages.