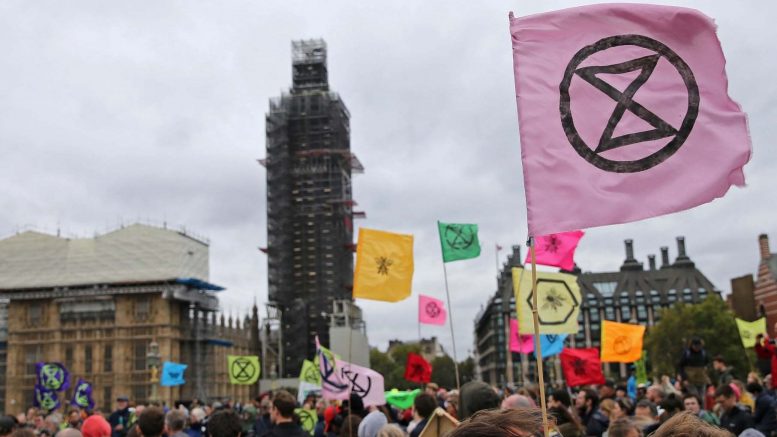 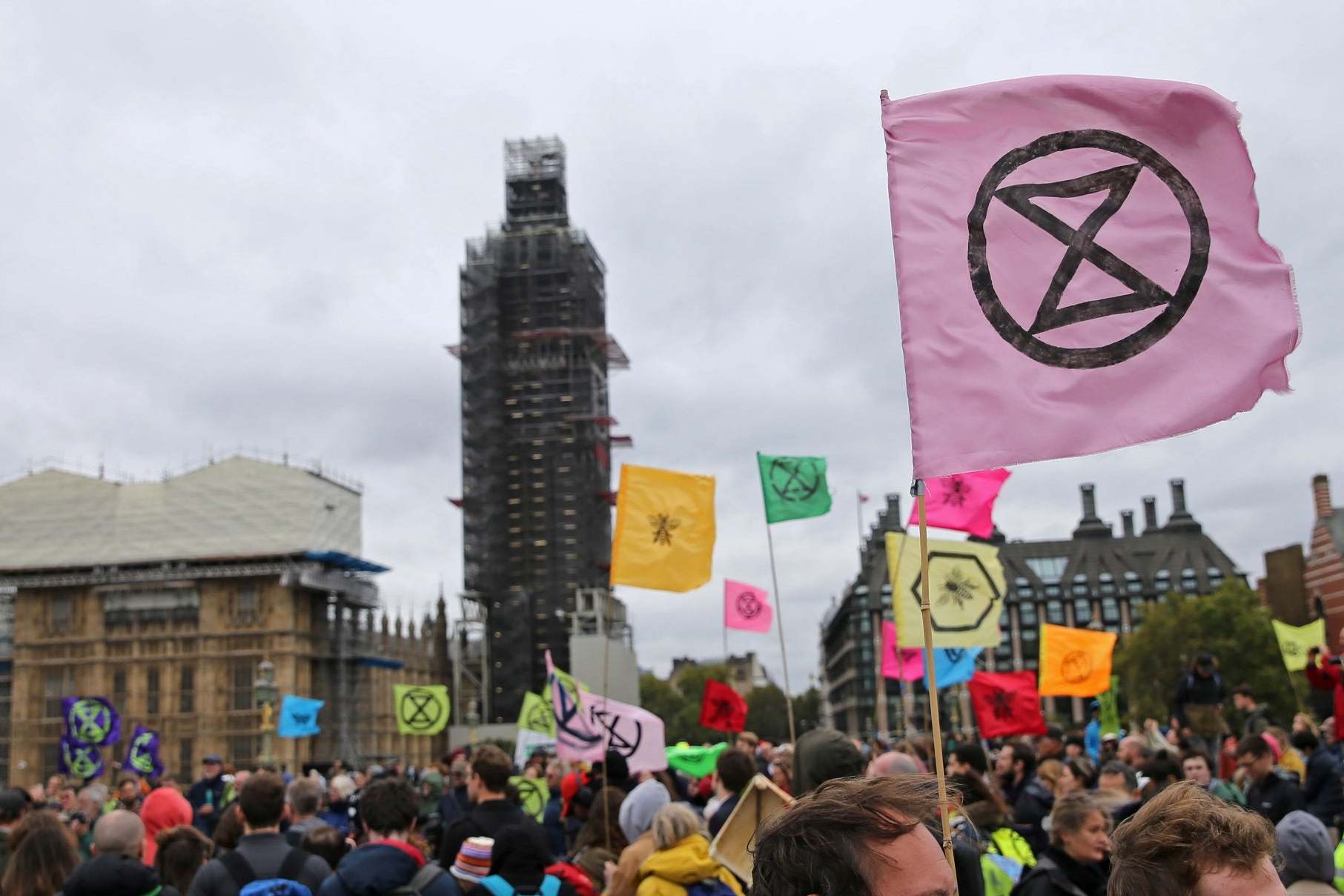 It comes as the environmental protest group looks to kicks off a new programme of climate change demonstrations after remaining predominantly inactive throughout the coronavirus lockdown.

Beginning on Friday, XR is planning a “regional rebellion” over four days with protests in London, Manchester, Bristol, Cardiff and Leeds.

Due to the pandemic and its impact on travel, protesters are encouraged to take action locally with the aviation sector, banks, the fossil fuel industry and petrol stations as targets.

The protests are being held ahead of larger-scale demonstrations planned for London, Manchester and Cardiff on September 1.

Protests this weekend are expected to include roadblocks, marches, sit-ins, bike rides and picnics, with campaigners emphasising their ethos of “non-violent direct action”.

XR supporters will also be encouraged to protest digitally, and urged to phone their MPs and “institutions of power”.

Anneka Sutcliffe, from XR Actions, said a “few thousand” people had indicated on Facebook that they would join in the London events, but numbers were expected to be lower than at demonstrations held in October.

Other protests will include a roadblock on Prince Street Bridge in Bristol, a mass bike ride from Brighton to London, banner drops and rallies against the expansion of Luton Airport and the aviation industry at Gatwick Airport.

Chris Newman, a GP supporter of XR, told reporters on Thursday they were aware of the health risks of public gatherings and had cancelled previous protest plans.

“Everyone in XR that I’ve spoken to is extremely mindful of the risks and we’re all concerned about health risks. That’s why we’re here, because climate change is a health issue as much as anything,” he said.

“So everyone will be pushing very hard for all XR participants to be obeying Government rules with social distancing, with them avoiding protests if they’re unwell, or if they have to isolate.”

Clare Farrell, a co-founder of the XR movement, said the Covid-19 crisis “has shown us that things can change very, very rapidly when people realise that there is an existential threat to human life and if we took climate change as seriously as this pandemic then we are surely capable of making massive changes very, very rapidly”.

The protests will coincide with the Government introducing hefty fines for anyone organising gatherings that breach social distancing rules from Friday.

The Home Office said earlier this month: “Those facilitating or organising illegal raves, unlicensed music events, or any other unlawful gathering of 30 people or more may face a £10,000 fine.”

Paul Stephens, a former police officer who now supports XR, told reporters their group had received a letter from the police outlining the restrictions and potential for fines “unless you are one of the exceptions”.

“The exceptions they list are businesses and charities and they didn’t mention protests, of course in the actual regulations protests are in there,” he said, adding the “empty letter” was a “vague threat” and that XR would be challenging it at a meeting with police on Thursday.

On Wednesday, police said XR co-founder Roger Hallam and four others had been charged with conspiracy to cause criminal damage.

Hallam, 54, of Wandsworth in south-west London, Diana Warner, 61, from Bristol, Ferhat Ulusu, 42, of Hackney in east London, Holly Brentall, 28, of Haringey in north London, and Steven Nunn, 56, of Telford have been remanded in custody ahead of appearing at Wood Green Crown court next month.

An XR spokeswoman said four of the five, apart from Nunn, were connected to the group. 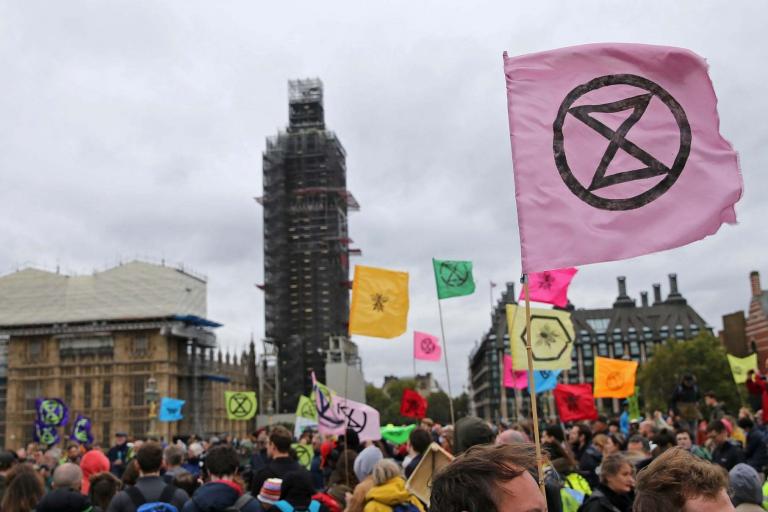