Protestors who attacked police officers and trashed a police station during a riot in Bristol have been jailed.

Four men have been sentenced to a total of 13 years and eleven months in prison for their actions on the night of March 21, when a Kill the Bill demonstration turned ugly.

Kane Adamson, 21, Brandon Lloyd, 21, Kain Simmonds, 18, and Stuart Quinn, 46, had previously pleaded guilty to being part of the group which used or threatened violence outside Bridewell Police Station.

Police vans were set alight and windows were smashed while barricades and other missiles were hurled at officers.

A fifth person, Yasmin Schneider, 25, was also jailed after admitting two counts of outraging public decency during the night of the riot.

They urinated at the feet of one police officer and exposed themselves in front of a number of others.

The demonstration against the bill which will hand more powers to police forces across the country started peacefully with thousands marching through the streets of the city.

The group amassed outside the neighbourhood police station and sat down on the floor before things turned violent. 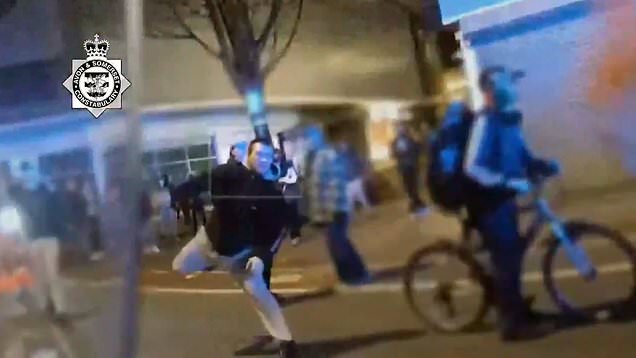 So far 75 people have been arrested and 29 charged in connection with the riot.

Chief Supt Carolyn Belafonte, of Avon and Somerset Police, said: ‘What happened on the night of Sunday 21 March was nothing short of reprehensible.

‘The sustained violence, the likes of which we have not seen in this city or even the country for many years, had absolutely nothing to do with any protest.

‘Dozens of people came together and acted as a mob to attack and injure police officers, set fire to police vehicles and damage a neighbourhood police station.’

The five defendants appeared at Bristol Crown Court today, after the judge was shown footage of their actions on the night.

Adamson, of Lockleaze, Bristol, threw items including road signs, a road works barrier and an electric scooter at officers while he also threatened officers and repeatedly punched and kicked their shields. He was sentenced to three years and six months in jail.

Lloyd, of Henbury, Bristol, pushed and kicked officers’ shields, cornered and assaulted a PC by kicking them, and threw items at and kicked the windows of the the police station, damaging the glass. He was jailed for three years and 11 months.

The youngest defendant Simmonds, from Springfield, Birmingham, will serve three years and three months at a young offenders institution.

He sprayed an aerosol in the direction of an officer’s face, kicked officers’ shields, kicked the window of the the police station and repeatedly struck a police van with an officer’s baton.

Quinn, of St Paul’s, Bristol, incited others to attack police officers, throw items at the the police station and caused damage to a police van. He was jailed for three years and three months.

Judge James Patrick said many officers who were injured on the night were ‘greatly affected’ by what happened.

He said some thought they might die and struggled to speak about it with their families.

‘Officers were struck, spat on, kicked and punched some whilst defenceless on the ground. It was fortunate some were not more seriously hurt. This lasted from the evening to the very early hours,’ he told the defendants.

‘They (the officers) are all public servants and are all human beings. What you did was to dehumanise them.’

The damage to the police station and to the police vehicles as a result of the riot is estimated to have cost taxpayers £212,000.

Avon and Somerset Police launched the biggest investigation in his history to track down the culprits and have made repeated pleas for information.

James Le Grys of the Crown Prosecution Service South West said: ‘These people formed part of an outbreak group away from the protest and caused havoc throughout the city centre.

‘They chose their route deliberately and targeted the Bridewell Police Station creating a vast amount of damage, fear and disruption.

‘We respect the right to legal protest but when people resort to violence and destruction we will charge offences that reflect the gravity of the criminality.’

More of those charged are expected to appear in court over the coming weeks and months. 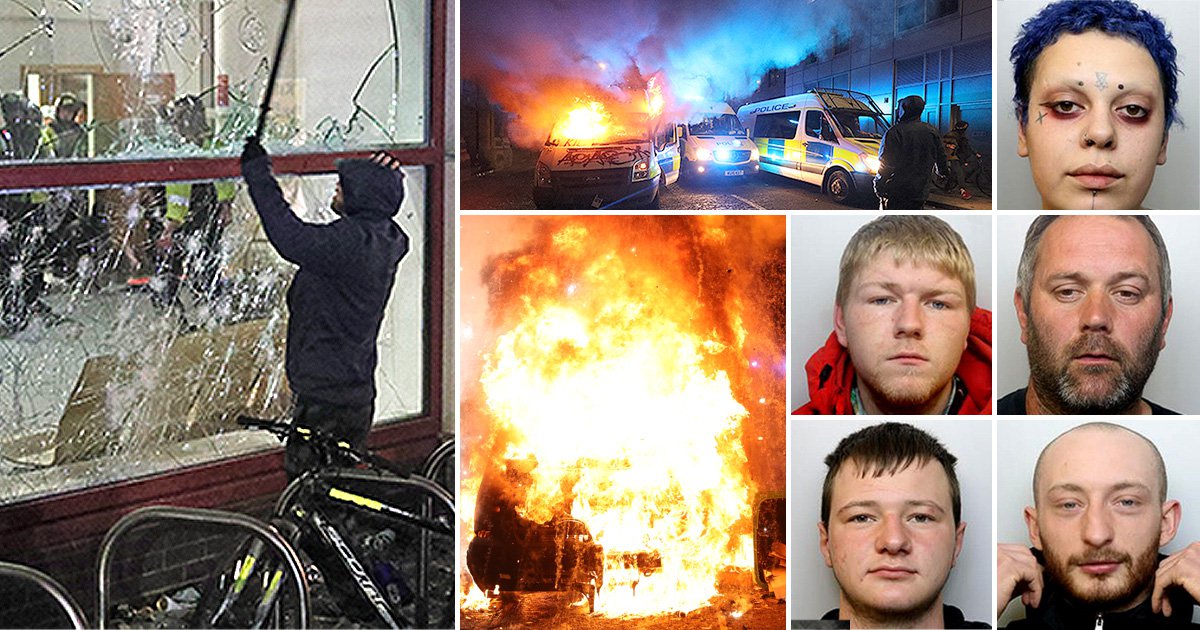