Four suspects including an 18-year-old woman have been arrested on suspicion of murder after two men were found dead in Bristol.

The teenager, together with three men aged 21, 37 and 45, are being questioned in custody after the victims were discovered inside a property in Wood Street, Easton on Sunday.

Police launched a murder investigation after being alerted by a member of the public.

A spokesperson for Somerset and Avon Police said the deaths are being treated as suspicious. A forensic post-mortem examination will now be carried out.

Neighbours have described the area as ‘very, very safe’ and home to a lot of families and first-time buyers.

Eyewitnesses said police and emergency services arrived at the scene around noon on Sunday.

One resident said the road was ‘roped off’ when she arrived home around 2pm.

DCI Mark Almond, of the Major Crime Investigation Team, sought to reassure members of the public following the ‘appalling incident’.

‘We know this news will come as a terrible shock to those living in the local community, but we’d like to reassure the public that a full and thorough investigation is already being carried out into what we currently believe to be an isolated incident,’ DCI Mark Almond said.

‘Three men, aged 21, 37 and 45, and an 18-year-old woman have been arrested on suspicion of murder and they’re in custody for questioning.

‘We’re urgently making enquiries to identify the two men who have tragically lost their lives and locate their next of kin as soon as we can.

‘There will be a heightened level of police activity in and around this property in the coming days and a cordon remains in place at this time.

‘We’d like to thank the local community for their patience and understanding as we continue our work at the scene of this appalling incident.

‘Additional reassurance patrols will be carried out in the area and we’d encourage any residents with fears or concerns to speak to an officer from their local neighbourhood policing team.’

Anyone with information is asked to call 101 and give the call handler the reference number 5221211938. 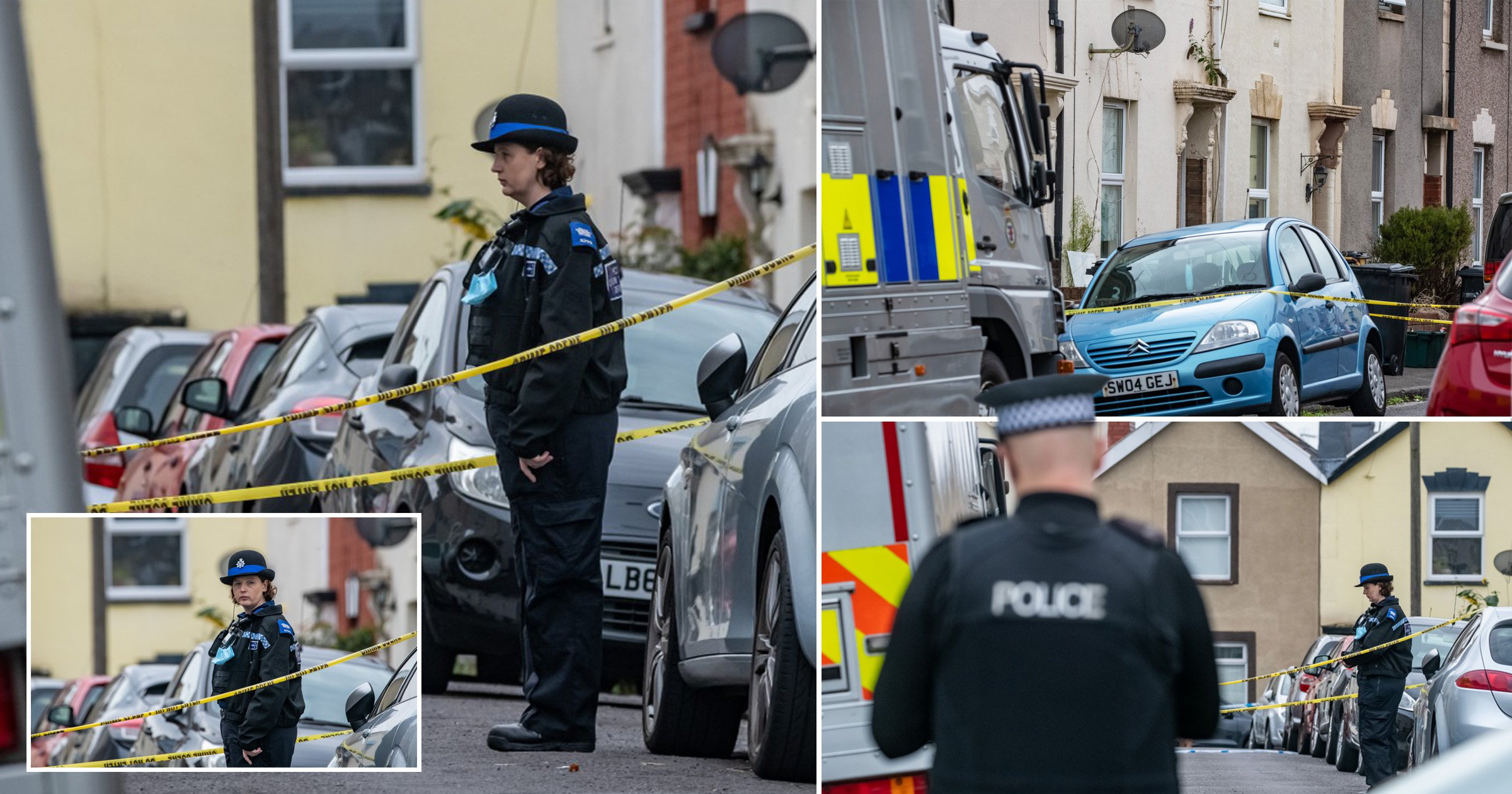