This is the shocking moment two workers were attacked by an ‘intoxicated’ traveller at Bristol Airport.

Footage shows the man pushing a woman – believed to be his girlfriend – to the floor and then punching and kicking the staff members wearing high-vis vests.

A crowd of horrified passengers witnessed the drama, which erupted as they were waiting to board an easyJet flight from Bristol to Alicante, Spain.

Screams can be heard as the enraged man punches one worker and then knocks the other over immediately after, leaving them both on the floor.

One of the employees quickly manages to separate the holidaymaker from his colleague and appears to call security.

A second man can then be seen holding back one of the attacked airport staff as the woman – now standing up – pushes him back.

According to eyewitness, the pair were stopped from boarding the plane because they were ‘intoxicated’.

The man reportedly began shouting at the staff at the gate when airport security and other passengers came over to de-escalate the situation.

Steve Rich told Bristol Live: ‘All of a sudden the passenger just threw a fist over one of the guy’s shoulders, and just caught the security guard on the mouth.

‘The two girls who were working the [gate] were in floods of tears because it’s scary for them.

‘Before the security arrived you’ve got these two people saying, “how are you going to stop us getting through to get on this flight”.

‘They were in tears and there were kids everywhere, I had my six-year-old.’

A clip of the incident was shared on Twitter and has already been watched thousands of times.

Somerset and Avon Police said an intoxicated man, 39, and a woman, 37, were arrested on suspicion of assault .

They were both interviewed and given conditional cautions.

The incident comes amid cancelled and delayed flights and miles-long airport queues across the UK. 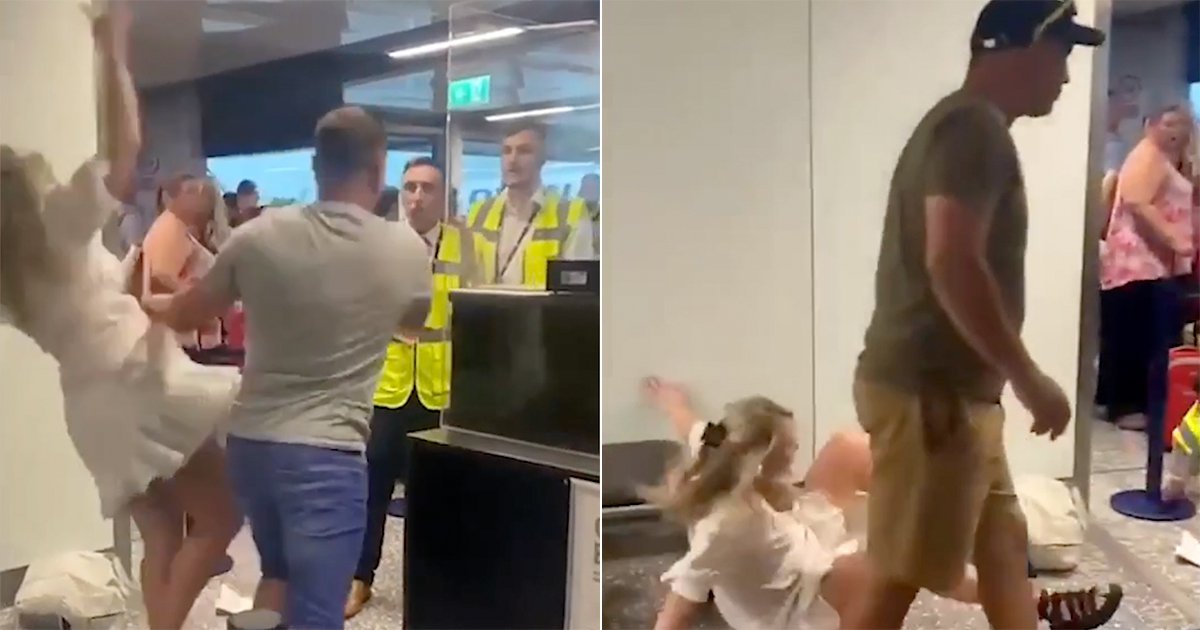