A family was left stuck in Cyprus for 48 hours after TUI cancelled their flights home twice – as a grim warning is issued that airport chaos ‘could last all summer’.

Glenda Powell, 40, uploaded an image of her ‘exhausted’ daughter Freya, 6, in tears because she wasn’t able to return home.

She and husband Stephen have described their situation as an ‘absolute joke’, claiming everyone is talking about having holidays cancelled, but almost no one has mentioned the stranded families.

The couple was due to travel back to Bristol Airport from Paphos, Cyprus with their two young children on Saturday.

But they were left frustrated when they were sent an email saying they would instead be put on the 1.20 am flight to Manchester on May 30, with a coach transfer to Bristol.

Rumours were flying that this flight had already been cancelled as they arrived at Paphos airport.

Glenda, who works as a police officer, said: ‘Sure enough, when we arrived at the airport and unloaded our luggage we did not even enter the airport as the information board displayed that our flight was again cancelled.

‘My daughters burst into tears with the anxiety and just wanted to go home.’

Taking to social media to post the image of Freya crying, she added: ‘2nd attempt to get home…So our Manchester flight is cancelled… Literally got off the coach at the airport to be turned straight back round to go back to the same hotel/room… Absolute joke…

‘£tui this is the face of a six-year-old who is exhausted from travelling to an airport at 10pm and just wants to go home we were supposed to get on our flight 24 hours ago.’

The family-of-four was promised they would be upgraded to all-inclusive at their hotel – but were disappointed after there was ‘no communication about this at the hotel’.

‘I feel like TUI told us what we wanted to hear just to keep the peace at the time as emotions were running high’, Glenda said.

‘There’s a lot going on in the world which is significantly worse than this but when you save and pay for a service you expect them to follow through.’

TUI then sent Glenda an email offering her family an €8 (£6.82) voucher each to purchase refreshments while they waited.

The family was booked onto a 7:05pm flight on Monday night – but this was delayed by an hour and a half, leaving them unconvinced they would get home.

Glenda told Metro.co.uk: ‘We landed in Manchester 22.47 our time (00.47 Cyprus time) and got through passport control and baggage reclaim fairly quickly and onto our coach.

‘There was anxiety about whether the coaches would turn up as, we had all read stories of passengers stranded at different airports having to pay for taxis. So it was pure relief when it did.

‘I think we got into Bristol Airport at about 3.30am to carnage. We couldn’t believe how busy it was at that time of the morning. We grabbed an Uber and got out of there.’

TUI has offered passengers £200 each towards another holiday, as well as the standard flight cancellation compensation – but Glenda says she is ‘not really feeling like booking a holiday with them unless this all calms down’.

She has demanded ‘the powers that be step up, put their hands up and apologise properly’.

A formal complaint is yet to be issued as the family is ‘too exhausted’, but they are planning to submit one soon.

Hundreds of other flights have been cancelled as staff shortages spark nightmare queues in UK airports.

Over the weekend, airports were described as ‘total bedlam’ as some missed flights or slept overnight in terminals.

Unite, which represents tens of thousands of aviation workers, claims delays at most major airports ‘will be repeated during the half-term holidays and will be even worse during the summer holidays’.

General secretary, Sharon Graham, said: ‘During the pandemic, when airline operators and others in aviation slashed jobs to boost corporate profits, we warned this corporate greed would cause chaos in the industry.

‘The aftermath of mass sackings is now chronic staff shortages across the board. Aviation chiefs need to come clean with the public. This is a crisis of their making.

‘We are determined that workers will not pay for this crisis. Current pay and conditions in the industry are so poor that workers are voting with their feet. It can only be resolved by offering higher wages and better working conditions for staff. Unite is utterly determined to fight for that.’

TUI has issued a statement apologising to customers and blaming ‘operational issues’ for the flight cancellations.

A spokesperson said today: ‘All impacted customers were offered welfare vouchers, overnight accommodation and meals while we worked through a new flight plan.

‘We were in regular contact with customers and advised them of their new departure time as soon as we could.’

They added: ‘The May half-term holidays are always an incredibly busy period with many customers looking to get away, and this year is no different. We understand that many of our customers have been looking forward to these holidays for a long time.

‘While flight delays and cancellations with us are rare, unfortunately the sudden increase in people going on holidays combined with various operational and supply chain issues, has meant that a small number of our flights have been impacted.

‘Our teams have been working tirelessly to support affected customers and we continue to work closely with our airport partners to monitor the situation and provide the best possible holiday experience for our customers.’ 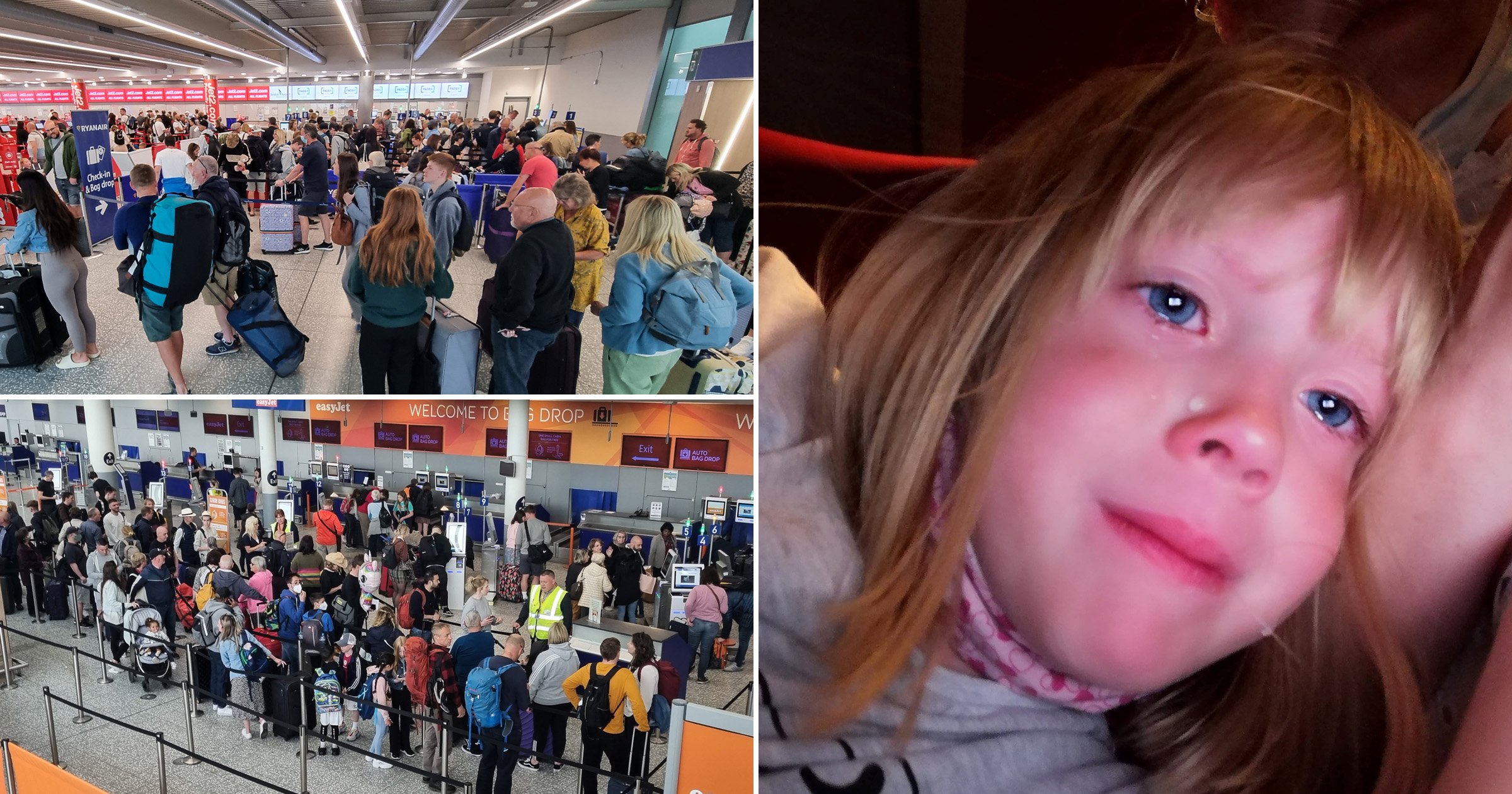 Boy, 12, left bloodied after being ‘hit on head’ by ‘aggressive’ woman in park