A hospital in Bristol has been evacuated after a man claimed to be in possession of explosive material.

A major incident was declared in the A&E department at Southmead Hospital around midday after reports a suspicious package was discovered.

The bomb squad together with armed police and fire crews were called to the scene.

The suspect has been arrested on suspicion of making a bomb hoax and is in police custody.

The incident is not believed to be terror related, the force said – adding that no one had been hurt.

A cordon in place has now been lifted after the bomb squad declared the area to be safe.

Footage shared on social media showed patients wrapped in blankets walking outside the hospital, where there is a visible police presence.

‘We’d ask the public to have patience while this is ongoing,’ Avon and Somerset Police tweeted.

It added in a tweet: ‘We are currently responding to a security incident in our Emergency Department.

‘We’re asking all members of the public to please stay away from the Emergency Department at Southmead Hospital whilst this incident is ongoing.’

North Bristol Neighbourhood Inspector Lorna Dallimore reassured residents and patients there is ‘no risk to the wider public’.

‘I appreciate the concern this incident may have caused residents and patients and I’d like to reassure them there were no injuries and there is no risk to the wider public.

‘The emergency services have well-rehearsed plans for dealing with major incidents.

‘We’re immensely grateful for the public’s patience while emergency services attended the scene and ensured the area was safe.’

Anyone with concerns is urged to speak to neighbourhood officers patrolling the area or call 101. 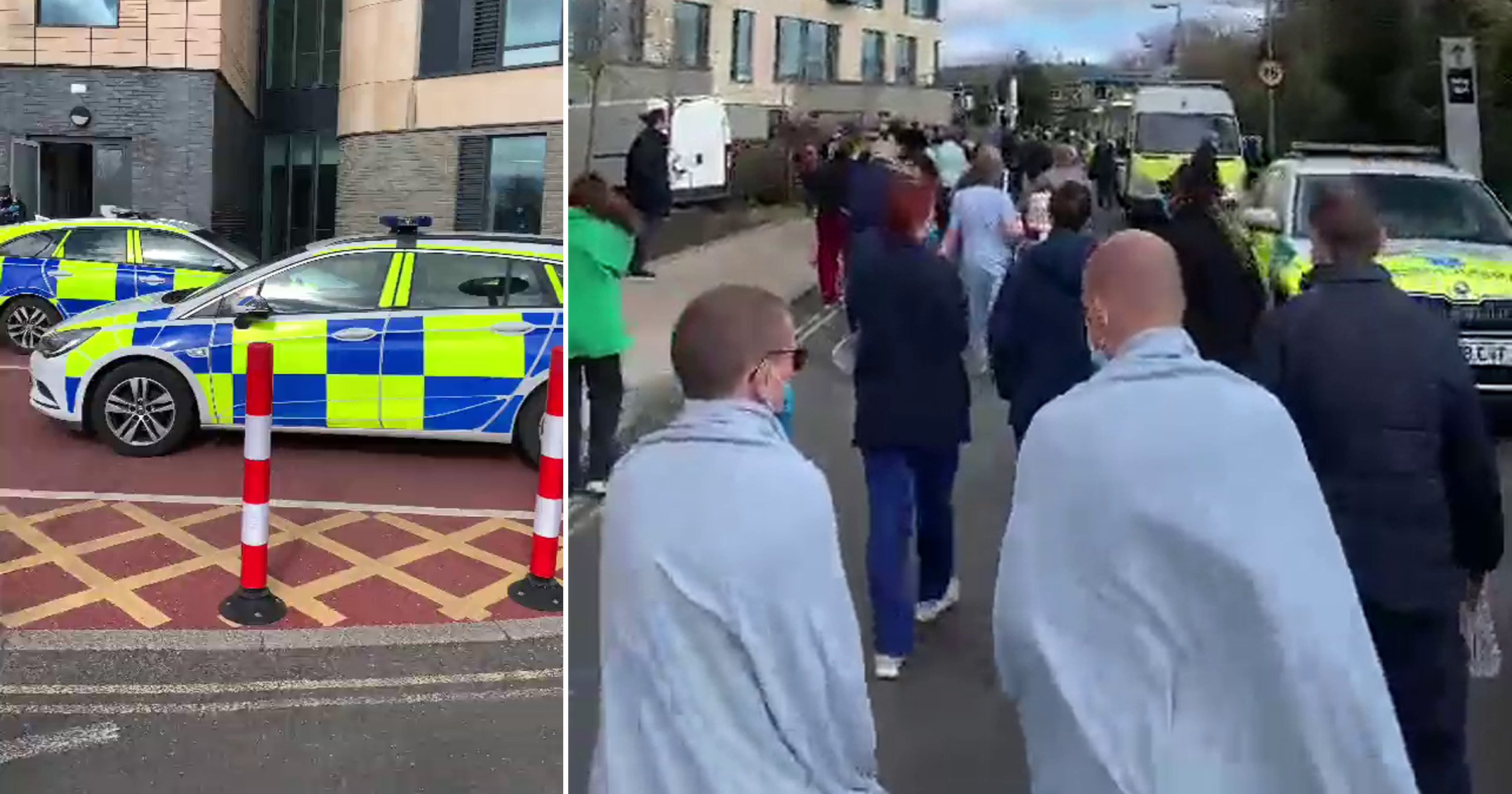