Hundreds of e-scooters were burnt in a ‘significant’ New Year’s Day fire in Bristol.

The rental devices were damaged after the blaze broke out in a warehouse in the suburb of Brislington at around 12.30pm.

Avon Fire and Rescue Service (AFRS) said they were on the scene for more than seven hours, leaving the industrial unit at 7.45pm.

The unit was being used to store hundreds of pink Voi e-scooters – a popular mode of transport in the city which can be found on most street corners.

Voi said no one was injured in the incident and though it is unclear how many scooters were damaged beyond repair said there would not be a major effect on its services in the region.

Eight fire engines and one aerial ladder were deployed to the scene, AFRS said, adding that it took 12 firefighters in breathing apparatus to extinguish the blaze.


AFRS said 200 of the scooters had been removed from the premises but that it was unclear what had caused the fire.

It said that while many were blackened by smoke, it was unclear how many had been damaged beyond repair.

A Voi spokesman added: ‘We can confirm that on the 1st of January the fire brigade was at our third-party logistics warehouse, located on Dixon Road in Bristol.

‘No one was injured and the situation was quickly brought under control.

‘We are taking this incident very seriously and are working closely with the local fire service to thoroughly understand the cause of the fire.’

He continued: ‘Following the outcome of their investigation, we will review the findings and take all necessary measures to ensure this doesn’t happen again.

‘We do not expect any major effects on our operation in the region.’

MORE : Teenager arrested over murder of boy, 16, in London 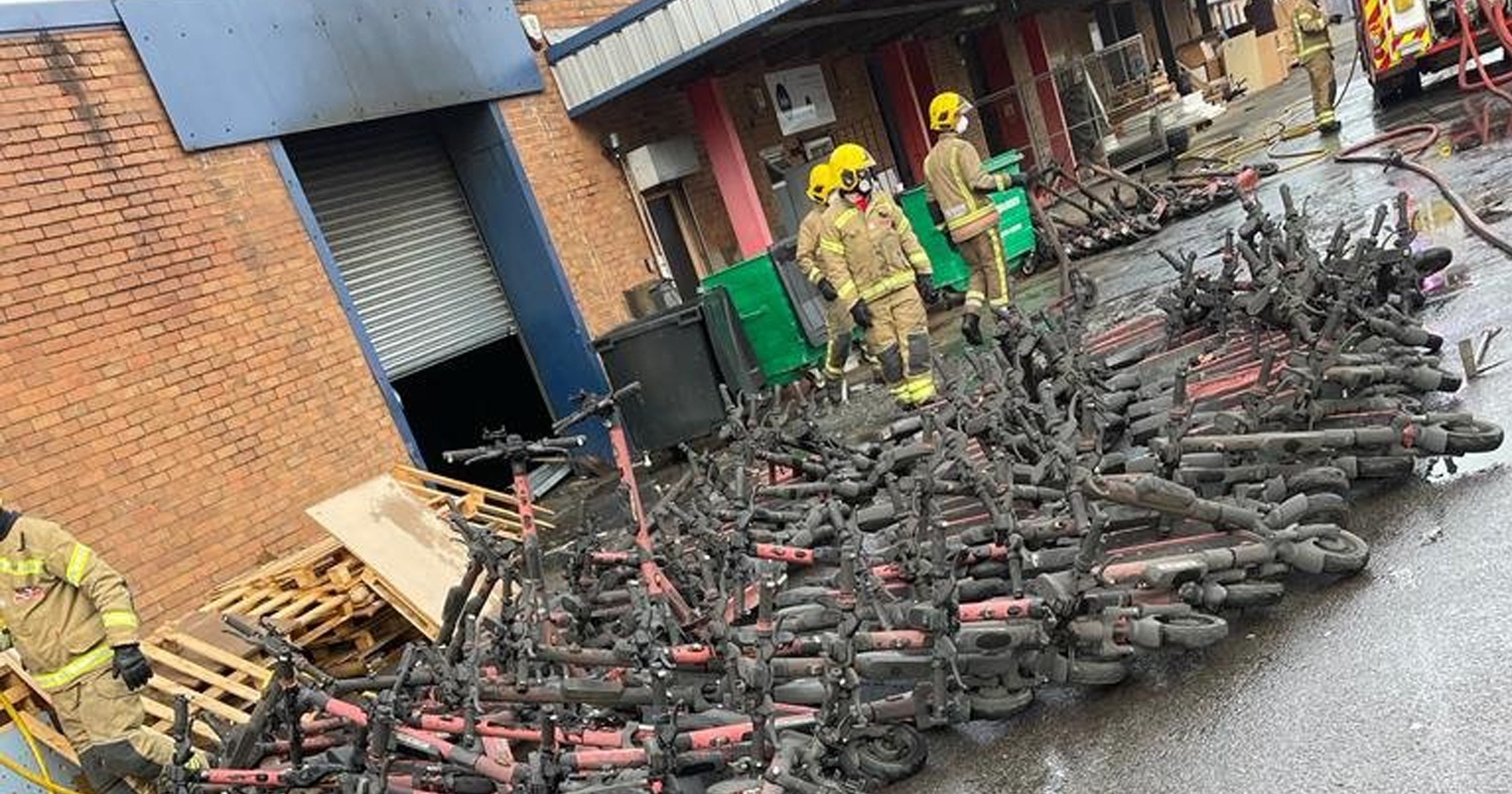