Detectives have released an image of a teenage boy they want to identify after a young girl was raped in a Bristol alleyway.

The teenager was out socialising in the city centre last summer when she met a boy who separated her from her friends before he attacked her.

Detective Constable Toby Hayes said: ‘This was a truly awful offence on an innocent young girl.

‘She was out socialising in Bristol city centre last summer when she met a boy who separated her from her friends and attacked her in an alleyway.

‘We’ve worked tirelessly to investigate this incident but regrettably we are yet to identify the offender.

‘Due to the nature of the offence and the ages of those involved we’ve been keen to protect them from this incident being reported in the media and talked about online; however, we have now reached a point in our inquiry where we need the public’s help.’

Detective Hayes said he appreciated the CCTV images aren’t of the best quality, but police still hope someone might recognise those in the then.

He said: ‘We’re releasing an image of a young man dressed all in black who we hope the public might be able to tell us who he is. We’re also asking for the public’s help to identify an adult and a young child in other images we’re releasing as we think they may have witnessed part of the incident.

‘We appreciate the images aren’t the best quality but we still hope someone might recognise those in them and help us obtain justice for the victim.’

Anyone who has information is asked to contact police or get in touch with Crimestoppers. 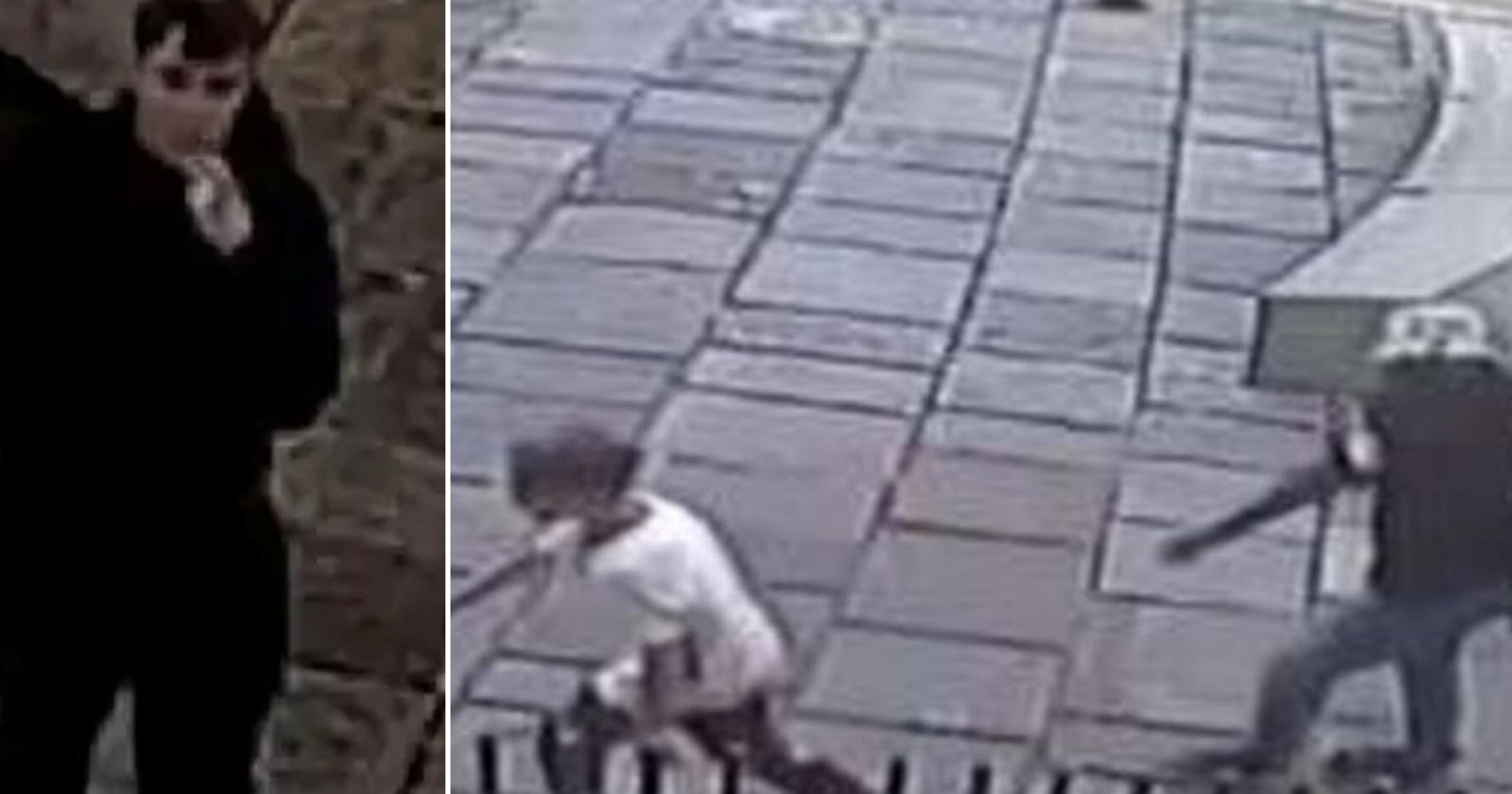