A protester who said he ‘got carried away’ during Kill the Bill demonstrations has been convicted of endangering the life of a police officer by torching a van.

Ryan Roberts, 25, led chants of ‘ACAB: All cops are b*****ds’ outside Bridewell police station in Bristol on March 21 before throwing cans, bottles and placards at officers.

During his trial at Bristol Crown Court, the jury heard how Roberts verbally abused and repeatedly kicked officers, before smashing in the windows of a police station.

He was caught on camera putting pieces of flaming cardboard under two police vans, and placing industrial bins around an already partially burnt-out police car before setting them alight.

Roberts smashed in the windows of the mobile police station and encouraged the crowd to help roll it over, before setting light to the cab while hundreds of people were close by.

On Friday, Roberts was convicted of five offences, including riot and attempted arson with intent to endanger life.

In his evidence, Roberts said he got ‘carried away’ fighting for freedom of speech.

He told the court the Police, Crime, Sentencing and Courts Bill, which is currently going through parliament, aimed to ‘ban peaceful protest altogether.’

He said the demo ‘was more about freedom of speech’ but that the mood of the protest changed as it got dark and police donned riot gear.

‘I hadn’t seen the crowd doing anything before that point,’ he added.

‘I was fighting for a cause I felt strongly about,’ Roberts said.

When asked about footage of him appearing to kick a police officer’s shield and smashing the windows of the police station, Roberts said: ‘I was just getting carried away in the moment.’

Forty-four officers were injured in the riot, which came to an end in the early hours of March 22.

She said that after accompanying protesters through the city, there was a ‘sharp escalation’ in policing tactics when officers began to line up outside the police station.

She said she saw officers ‘shoving, kicking, hitting, pulling and pushing the crowd back.’

Ms Hobbs said she gave first aid to 25 or 30 people many of whom had been pepper-sprayed, while others had cuts and bruises.

She said she also saw multiple incidents of ‘blading’ by police, which is when an officer brings the sharp edge of a riot shield down on a protester.

Roberts will be sentenced at a later date. 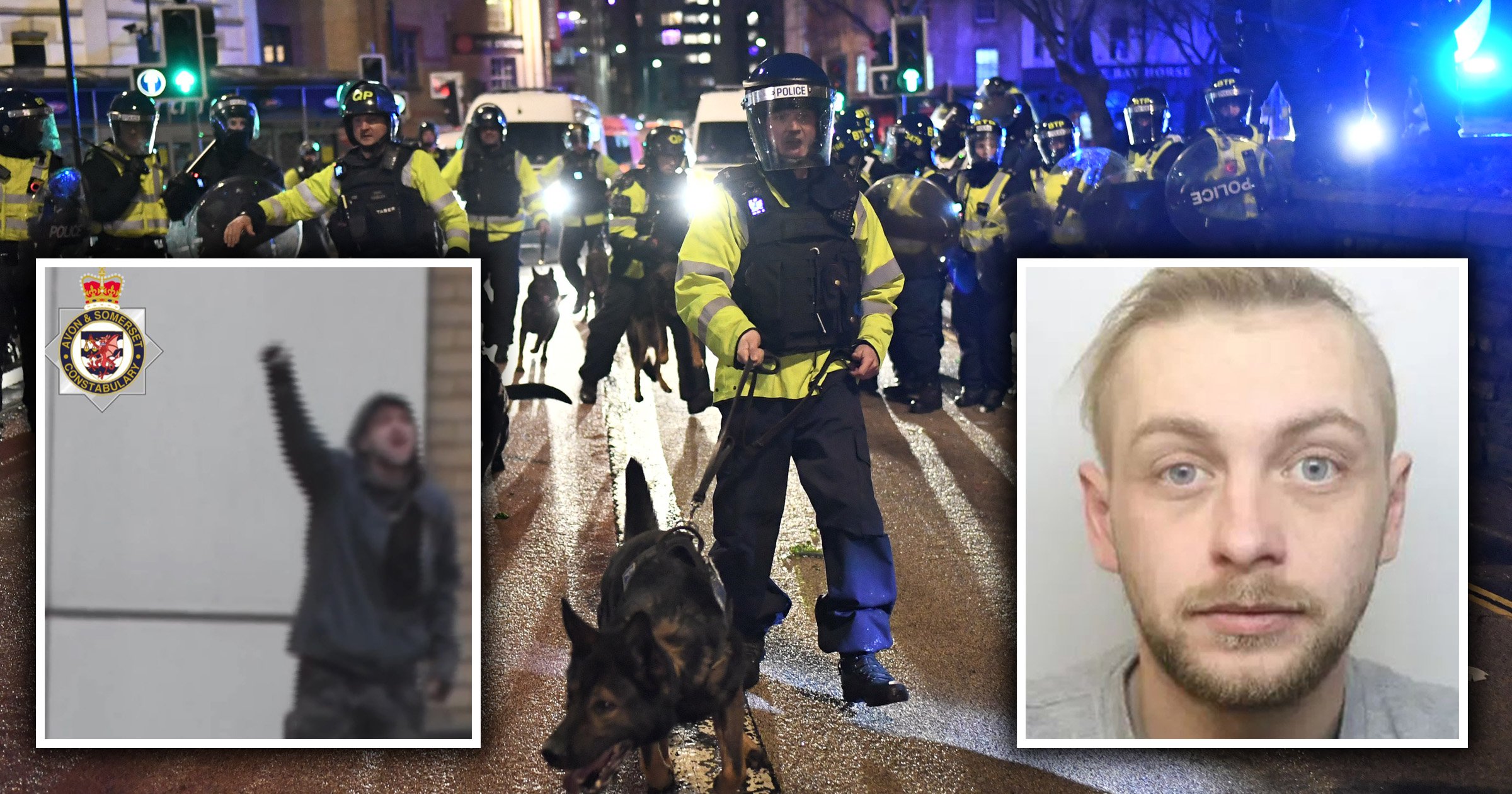