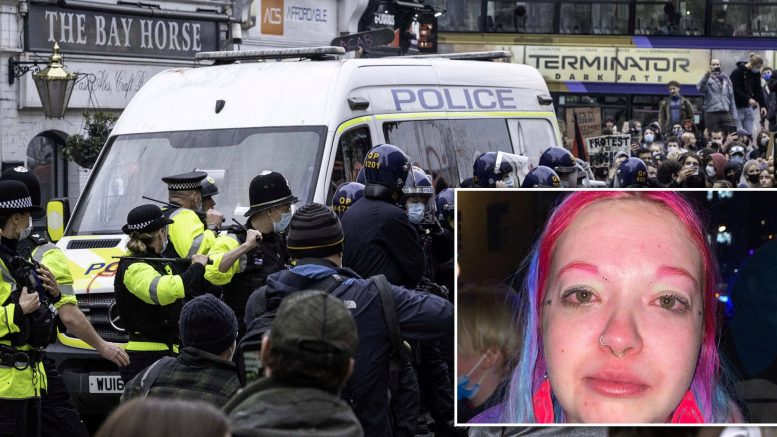 A young protester who claims she was pepper-sprayed by police at the Bristol ‘Kill the Bill’ protest which turned into a riot plans to speak the ‘truth’ at another rally tonight.

Cydanie Smith, 20, told Metro.co.uk she is undeterred despite being ‘blinded’ and left with ‘horrible’ after-effects, as riot police moved in amid violent scenes on Sunday.

The student, who first spoke to BristolLive, claims she and her friends were sat peacefully in front of New Bridewell Police Station when she was sprayed in the eyes and shoved to the floor.

Despite the alleged incident, she plans to hit the streets again to show her opposition to the Government’s controversial new Police, Crime, Sentencing and Courts Bill.

Forty officers were assaulted and the station attacked as the demonstration descended into violence at the weekend. The police have subsequently been praised as ‘incredibly patient and professional’ by their chief constable in the aftermath of the riot.

Cydanie said: ‘We were having a peaceful protest sitting down and encouraging others to remain peaceful but some of the protesters were getting out of hand.

‘The police asked us to move and when we asked why and pointed out we were just sat on the pavement they said “if you don’t get up now you’re going to get pepper-sprayed”.

‘We asked why they were allowed to threaten us, and I said to one of the officers with medic written on her shield that it was quite hypocritical that they were threatening violence when we were not causing any nuisance . All around us people were smashing and throwing things.

‘I asked how they could justify this and I was just told to shut up and move.

‘On the other side we had a police van coming up towards us and I was initially pepper-sprayed a little bit into my face and then I was trying to shield my eyes with my jacket.

‘Then one of them shoved us with their shield so we were just completely lying on the ground in a big heap of people.

‘Then the last thing I saw was a hand come round in front of my face and pepper-spray loads into my eyes. I couldn’t see anything, I was blinded by it. It was all over my hair, jacket, all over us.’

Cydanie, who is studying illustration at the University of the West of England, says another protester pulled her out and poured milk into her eyes to try and relieve the burning sensation.

She told Metro.co.uk that she now has burning pain across her chest and a cough. ‘There have been quite horrible physical after-effects of the pepper spray but it’s starting to clear up now,’ she said.

Up to 3,000 protesters had gathered peacefully on College Green for the Kill the Bill protest, but violence flared after around 500 people descended on the police station.

Police vans were set on fire, rockets thrown into crowds of people and the station’s windows were smashed.

Cydanie has not yet made a complaint to Avon and Somerset Police but says she has officers’ badge numbers and will request body-cam footage.

‘It seems they just went for the easiest target they could see as we were just sat there,’ she said.

’All around us were police vans burning, people throwing bottles and people getting aggressive and they pick out four or five people who are the only ones not doing anything.’

Cydanie, from Sussex, is among those showing vocal opposition to the Police, Crime, Sentencing and Courts Bill, which would grant police the power to impose new restrictions on protests.

She said: ‘I was there to protest the Bill that Priti Patel is trying to pass, for human rights and to say it’s vital for people to go out into the streets peacefully and say “no” this is our country, and we can say “no” when we aren’t happy with something.

‘Throughout history, protest has initiated massive change. I wouldn’t be able to vote if wasn’t for the Suffragettes.

‘Obviously I don’t condone the violence and it’s really quite sad it turned into that. But what I witnessed was riot police being provocative and intimidating, pushing and shoving young women like myself, and that’s going to get people riled up.

‘From my perspective, the whole day was completely calm and peaceful until they came in the way that they did. They were really coming in with weapons, it was scary.’

Cydanie plans to take part in another protest taking place tonight in the city.

Cydanie claims the irritant, also known as PAVA, was used from less than a metre away, which is the stipulated distance under Association of Chief Police Officers guidance ‘unless the nature of risk to the officer is such that this cannot be avoided’.

Avon and Somerset Police told Metro.co.uk it does not respond to individual cases unless it has first received an official complaint.

Speaking after the demonstration, Chief Constable Andy Marsh said: ‘I believe the events of yesterday were hijacked by extremists, people who were determined to commit criminal damage, to generate very negative sentiment about policing and to assault our brave officers.

‘Officers were very patient. From the initial gathering of around 2,000 to 3,000, which was more than we anticipated, there were about 50 officers engaging with those present and encouraging them to disperse. Many were complying in fairness.’

Chief Constable Marsh added: ‘There was a hardcore of serious criminals hidden within those 3,000 people – perhaps 400 or 500 people – and we certainly didn’t trigger this. The officers were incredibly patient, incredibly professional and I pay tribute to them.’ 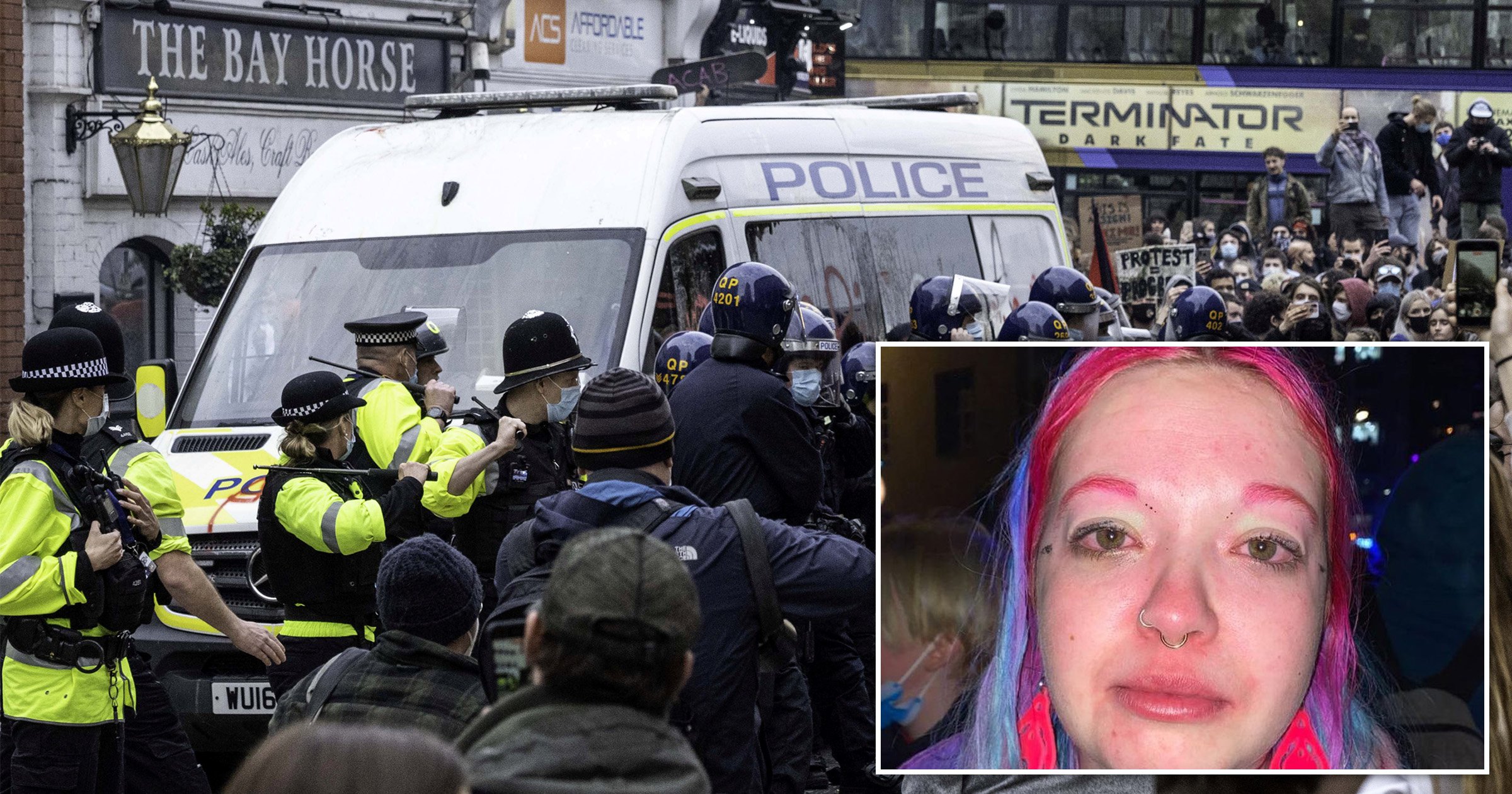