A massive fight kicked off in the streets in Leeds as Mad Friday descended into boozy mayhem on the last weekend before Christmas.

Thousands of Brits across the country braved the cold and partied hard on the booziest night of the year.

Some ended up in a crumbled heap on the floor, many ended up in a kebab shop and most woke up with a very sore head this morning.

The partying took a turn for the worse in Leeds where two men were seen grappling in the street next to a Mercedes.

Dramatic images show one man with a clenched fist kneeling over a grounded man.

A police officer is then seen charging over and breaking up the confrontation.

Later, one of the men is seen in handcuffs as two officers detain him.

One woman in a leopard print skirt was pictured performing a handstand against a tree.

In another snap, she is carrying a smaller man in a pink cowboy shirt on her shoulders, before being carried herself with her arms comically outstretched.

Sean Joyce, Head of Regulatory and Criminal Justice at Stephensons Solicitors LLP, called Mad Friday ‘one of the most notorious drinking days of the year’.

He said: ‘It’s the culmination of the working year and a time when every workplace up and down the country wants to let their hair down and celebrate the Christmas break.

‘Judgements become clouded and this can result in fighting, anti-social behaviour, unwelcome advances and attacks by both male and female employees.

‘Legally Christmas parties are an extension of the working environment, which means employers can be held liable for the criminal behaviour of employees.

‘However, a night of drinking can cause alcohol fuelled problems and some workers can become easily riled and aggressive, which can lead to arguments with colleagues or strangers.’ 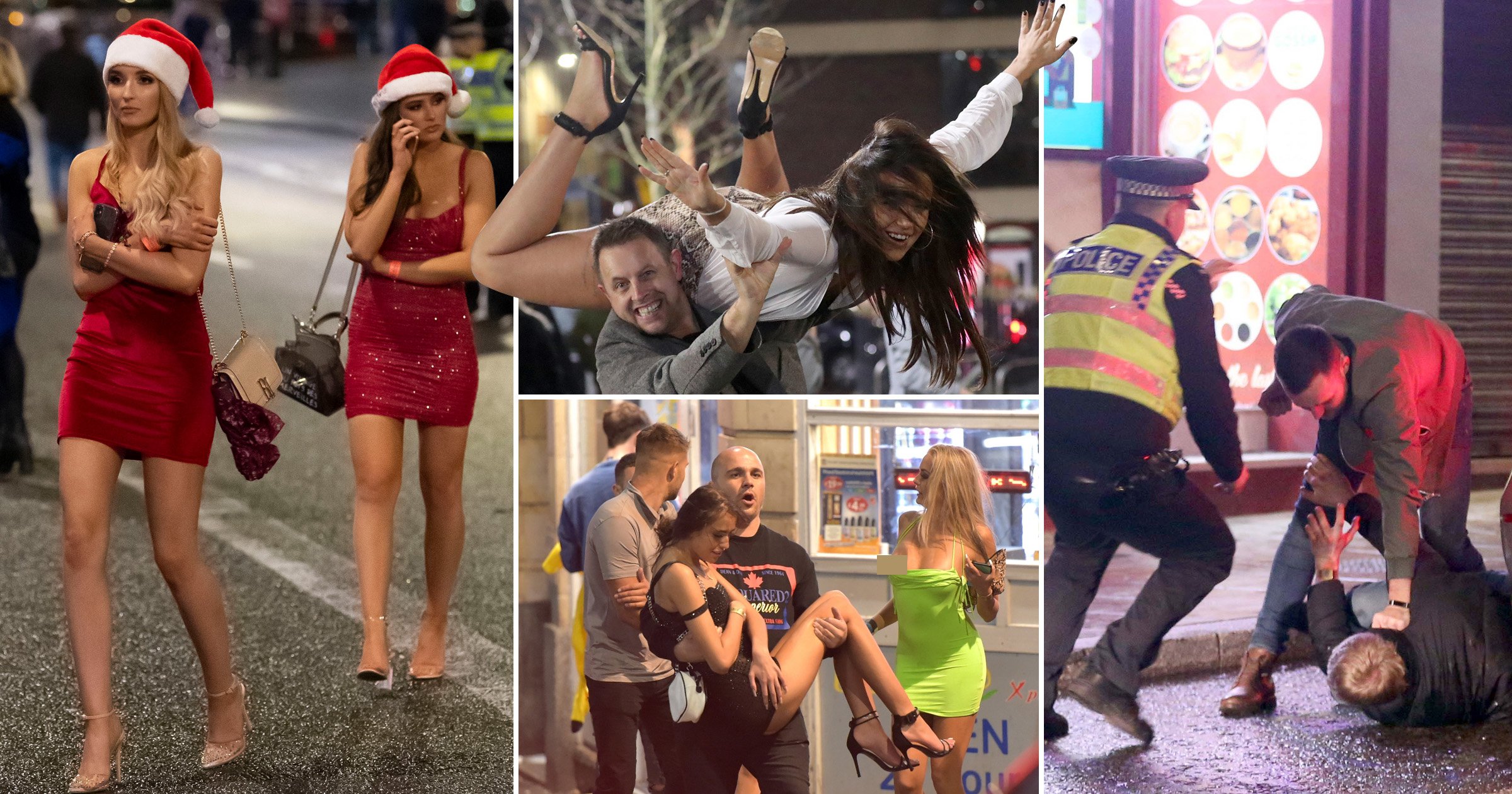 Dozens of adult Lego fans struck down with ‘norovirus’ at event