A third man has been arrested on suspicion of attempted murder after a car was deliberately driven into an NHS worker in a racially-motivated attack.

The 21-year-old victim was walking to the bus stop after finishing work at Bristol’s Southmead Hospital on July 22 when a car was driven at him. Witnesses heard men in the dark blue Honda Accord shouting racist abuse as they hit the NHS worker at about 4.20pm.

The musician, who wishes only to be referred to as his stage name K or Kdogg, said he was ‘lucky to be alive’ after being left with serious injuries, including a broken leg, nose and cheekbone. He will need plastic surgery to his face and leg.

All three have been released under investigation.

Superintendent Andy Bennett said: ‘The dedicated team investigating this incident are committed to carrying out a thorough investigation and I hope this third arrest provides further reassurance to the victim and the wider community about how seriously we’re treating this incident.’

Police confirmed it is treating the incident as a racially-aggravated attack due to the racist language used by the occupants of the car.

Following the attack, K, a keen footballer, has been left unable to walk without crutches and is only able to sleep sitting up in a chair. He now requires regular hospital treatment for his injuries and faces at least six months’ of recovery ahead of him.

K said: ‘I don’t feel safe to walk outside and I can’t play football, record my music, go to the gym or even sleep – I have to try to sleep sitting up.

‘We will bounce back as a family, this will make us stronger. We won’t let the haters win.’

He added: ‘I don’t want this to happen to anyone else, I want people to be aware.’

K was discharged the day after the attack and thanked his colleagues at Southmead Hospital for treating him.

On Sunday afternoon, protesters marched on Monks Park Avenue in Bristol holding placards in support of K and the Black Lives Matter movement.

Placards were laid at the spot where he was hit and damage could be seen on a wall that was struck by the car.

A fundraising page set up by K’s friend Simeon Mccarthy has received more than £45,000 in donations, and has been supported by the band Massive Attack.

K’s family are being supported by the charity Stand Against Racism & Inequality (Sari), who said: ‘We will be doing all we can on behalf of this young man and his family to try and get justice served.

‘We very much hope that the offenders will be identified, charged and prosecuted as swiftly as possible so this appalling crime can be dealt with as it should and to prevent harm to anyone else.’ 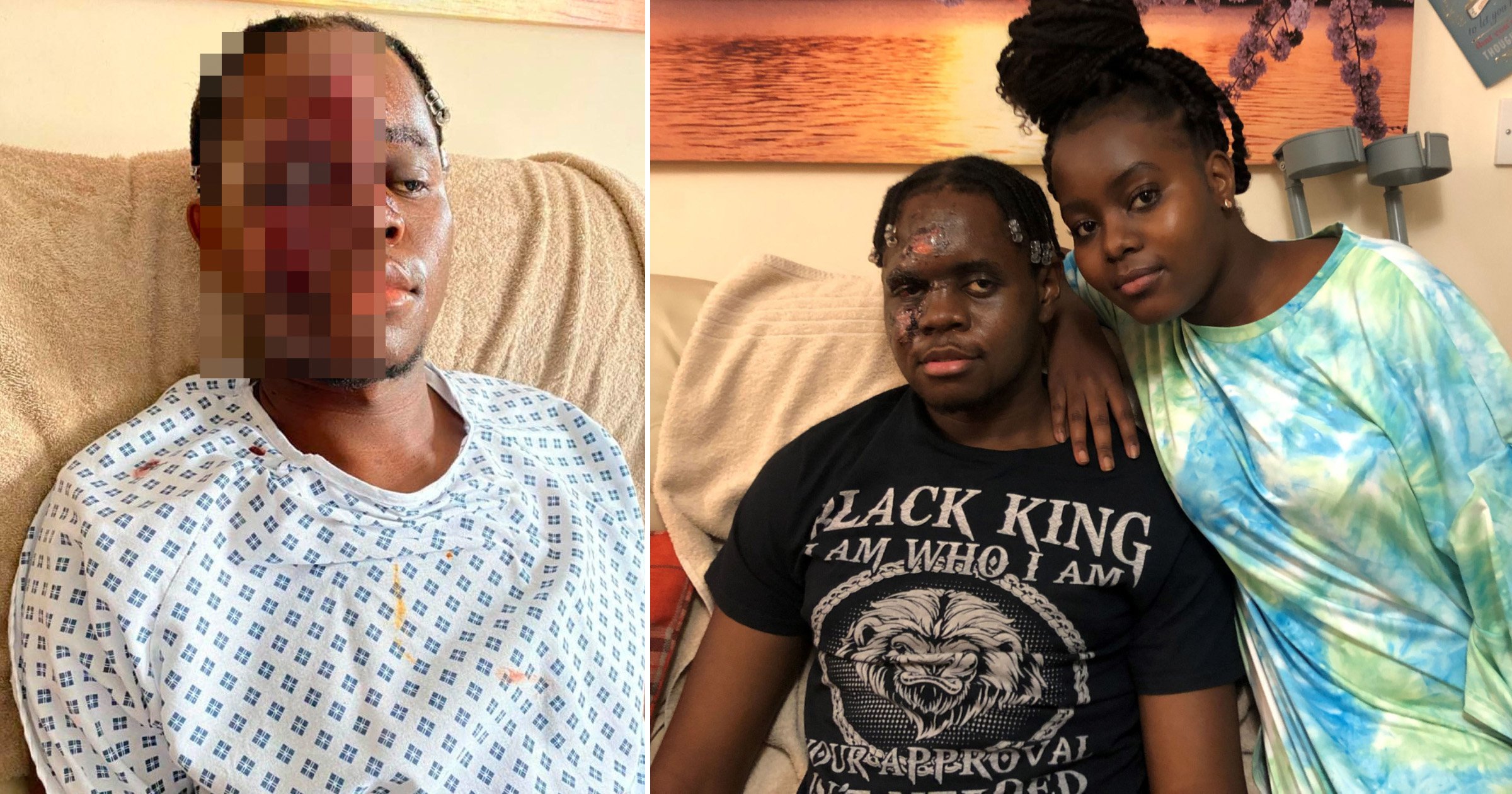