An enormous tornado-like waterspout has been caught on camera swirling over the Bristol Channel.

The rare weather event, spotted near Portishead on Sunday afternoon, happens when strong gusts of wind rotate from the base of a cloud all the way down to the water below.

The phenomenon was spotted by a number of social media users, including Dr Arthur Richards, who tweeted footage from Somerset at around 4pm.

The spiralling cloud was visible for around 15 minutes, according to onlookers, and appeared to create a spray from the sea.

According to the Met Office, funnel clouds, also known as a tuba, form when a rotating column of wind draws in cloud droplets.

They become defined as a waterspout if they make contact with a body of water, or a tornado if they reach land.

They are usually seen when heavy rain, hail, thunder and lightning are on the way. 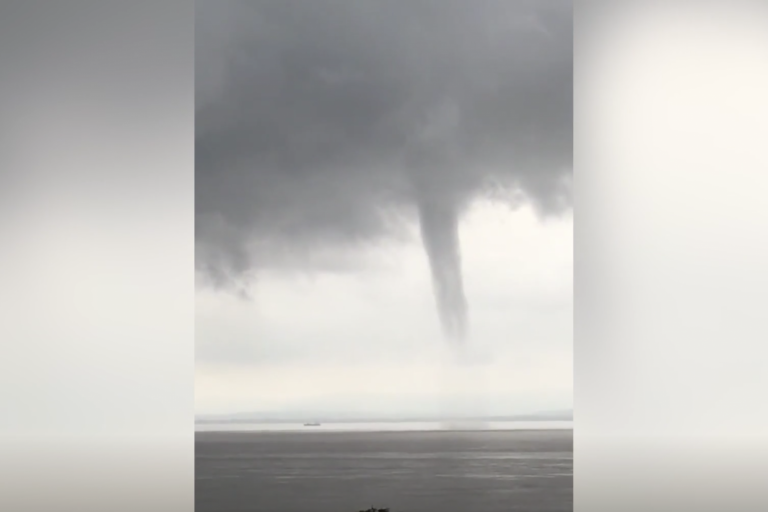