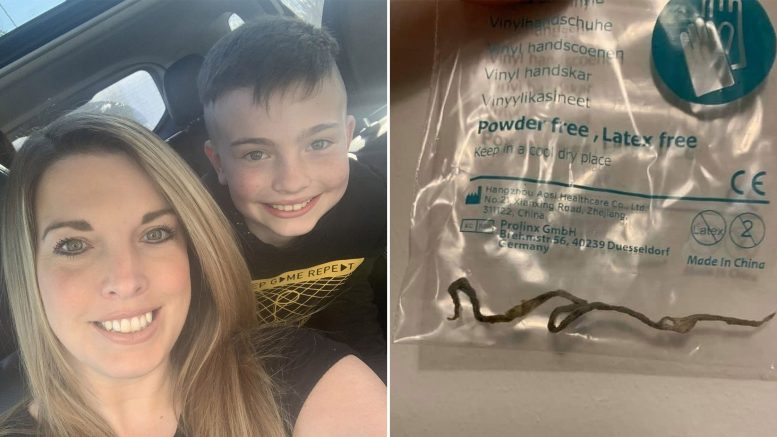 A mother who thought she had pulled a four-inch worm from her son’s brain is warning parents to check their children’s ears.

Gemma Tyson said she ‘felt sick’ as she tweezed out a long, sticky mass that ‘just kept coming and coming’ from her son Ashton’s ear.

After a frantic web search, the mum became convinced Ashton, 8, had worms ‘eating his brain’ and rushed her son to the doctor, who took the ‘creature’ for testing.

Her mind was only put at ease when the test results confirmed it was a ball of surgical tape Ashton had stuffed in his ear a week earlier.

Despite her ‘nightmare’ being over, Gemma, 38, insists her son was lucky the blockage didn’t lead to a serious infection.

She believes parents should be extra cautious during lockdown when children are bored and might be more likely to play with something around the house.

The mum, from Bristol, shared her disturbing experience from November 2019 on Facebook to warn other parents to stay vigilant.

Gemma said: ‘I thought he had brain worms and the longer we sat there the more his brain was getting eaten.

‘I felt sick, and I thought something might fly out at the end. It was like a nightmare or the horror films you watch. Ashton was more worried about my face than his.

‘I tried to stay calm for him but inside I was panicking. I’m the sort of person who laughs even if things go wrong.

‘We tried to dissect it but it wouldn’t come apart. It was like a dried worm, so I called the doctors and we went straight away. They didn’t know what the thing was either.

‘When we got home he said “I wonder if it could be the tape”, so I just said “what?” He said he’d put some tape in and couldn’t get it out, so it might be that.

‘The kids like to make things with tape, so he probably ripped a bit off, started playing with it and then put it in his ear, then it got all folded up into a ball. It still sounds disgusting now.’

She’s relieved to say Ashton, now 10, hasn’t tried to shove anything down his ear since.

Gemma added: ‘If your kid’s got an itch in their ear then definitely have a look. People have had to have operations from things like that, so we were quite lucky.

‘We just had a bog-standard first aid home kit, and it comes with the long thin tweezers. They’re worth having because normal tweezers wouldn’t have worked.’ 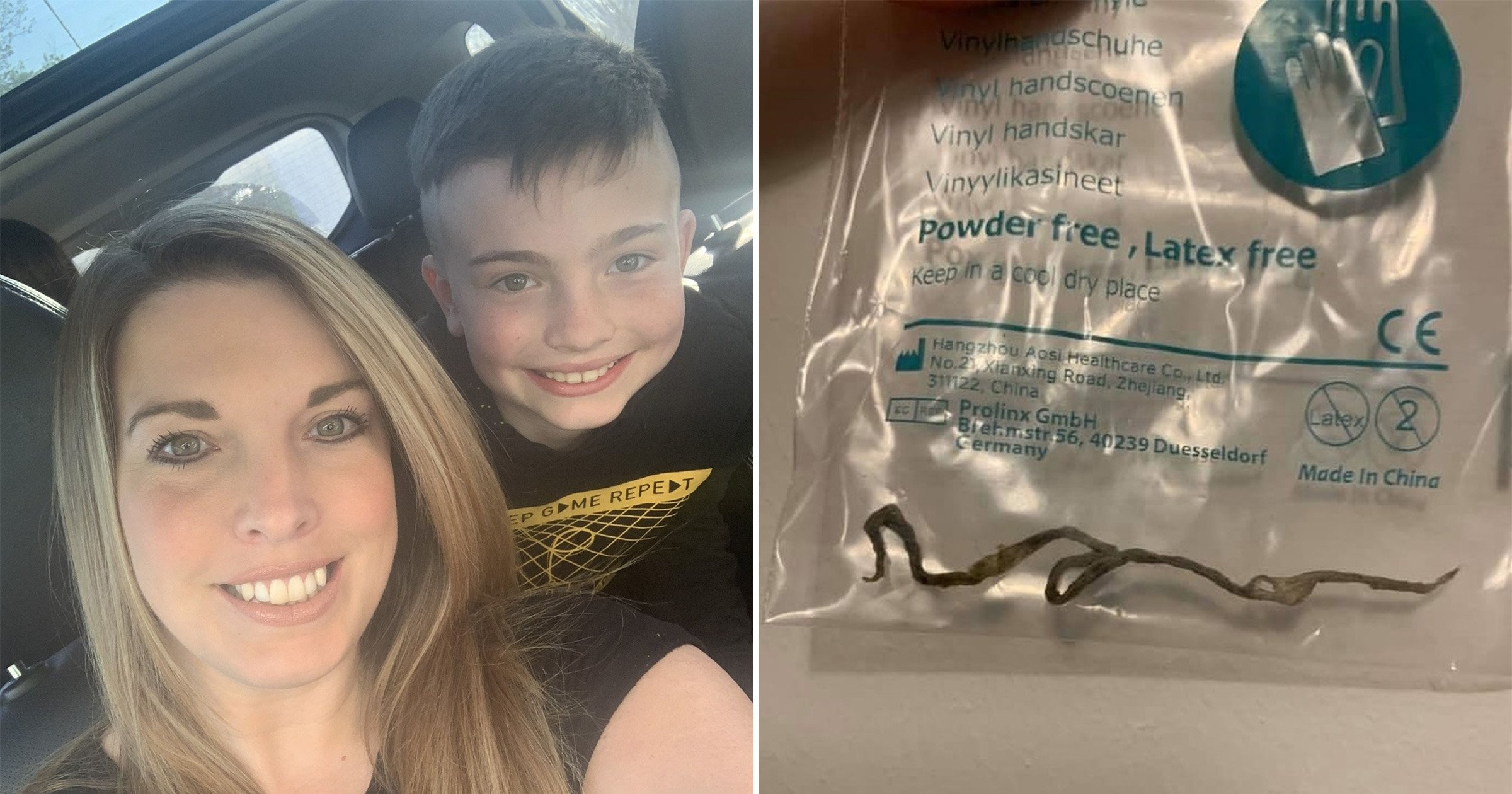