Nine people have been arrested after five men were knifed during a street fight in Bristol.

Police were rushed to the city’s Clifton neighbourhood at 2.45am this morning following reports that a brawl had broken out.

Four men were found to have been stabbed and were treated by paramedics before being taken to hospital.

A fifth man later presented himself at A&E with a similar injury and all five were subsequently arrested after being discharged. Another four people have also been arrested.

A cordon remains in place around Beacon House – a Bristol University Library – and Pam Pam’s nightclub.

Avon and Somerset Police said: ‘The neighbourhood team has been informed and additional high-visibility patrols are due to be conducted in the area.’

It comes less than three weeks after 18-year-old Dontae Davis was stabbed to death in east Bristol on October 14.

Three people were arrested and Kairon Sawyers, 19, has appeared in court charged with murder.

Paying tribute, Dontae’s family described him as a ‘ray of light’ and ‘a young man of justice who always loved to do right for others’. 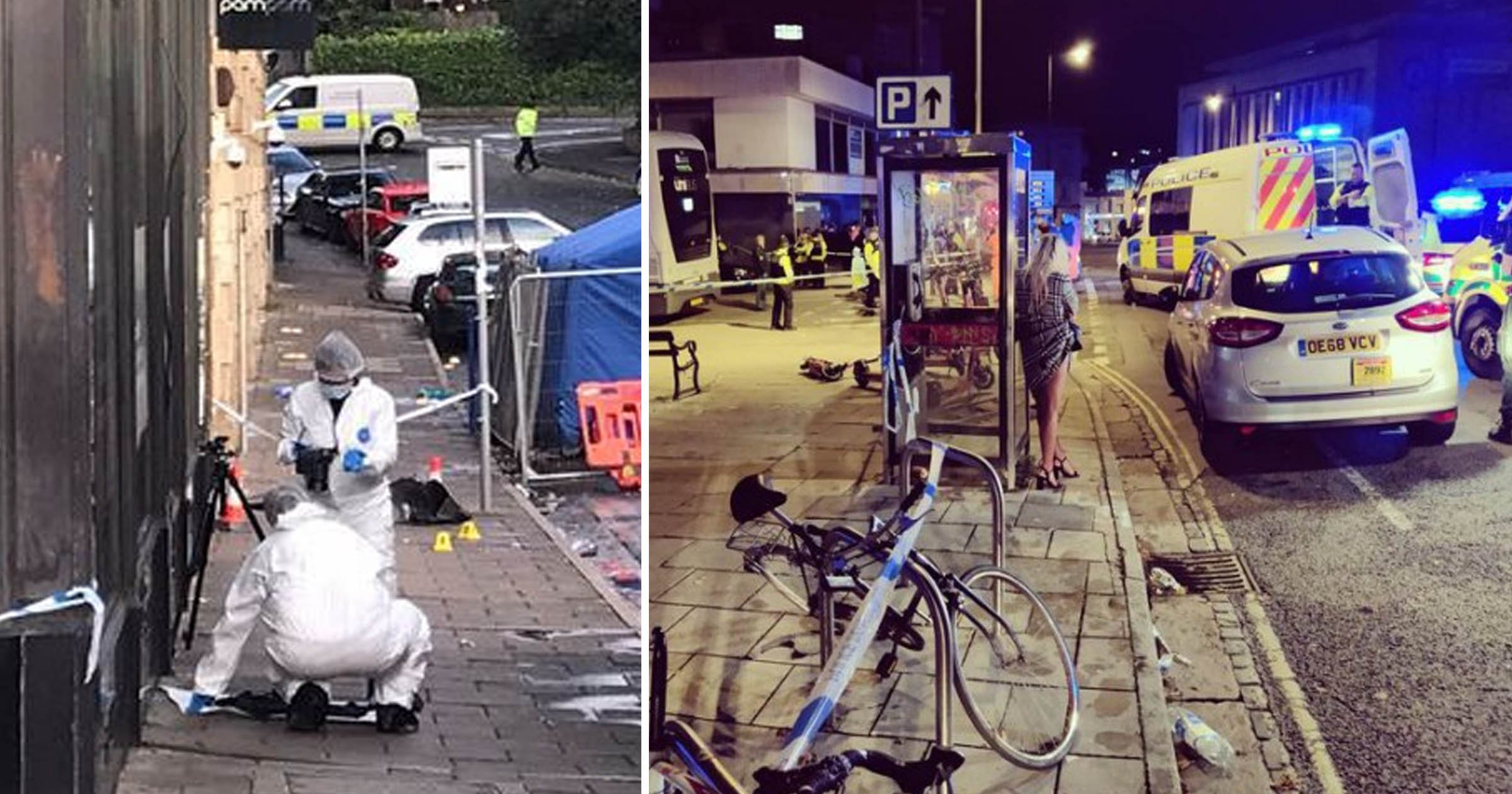