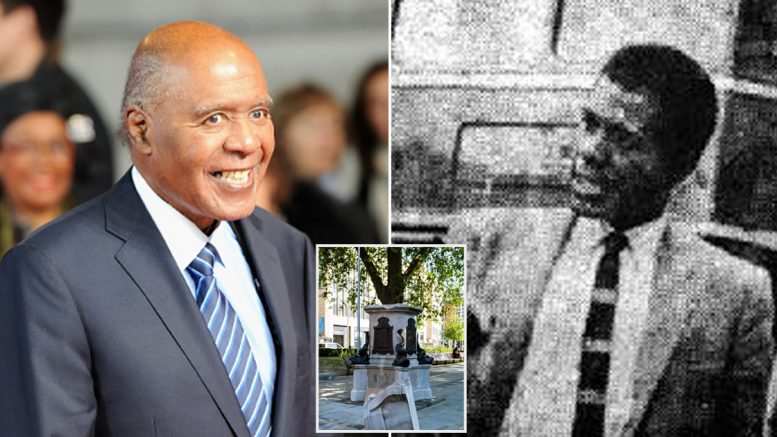 More than 10,000 people have signed a petition for the statue of Edward Colston in Bristol to be replaced with one honouring the man that led the city’s boycott of buses after a company refused to employ Black drivers and conductors.

Dr Paul Stephenson led the Bristol Bus Boycott in 1963 after the Bristol Omnibus Company banned the hiring of Black people. An online campaign calls for him to be memorialised in place of slave trader Colston – whose statue was brought down by Black Lives Matter protesters this weekend. It has now reached more than 11,750 signatures.

Then youth worker Mr Stephenson and the West Indian Development Council initiated the boycott which drew national attention to racial discrimination in Britain and was supported by prominent politicians at the time.

The 60-day boycott of Bristol’s buses was supported by thousands of locals and eventually led to the company revoking its colour bar. It was considered by some to have been influential in the passing of the Race Relations Act 1965 which made ‘racial discrimination unlawful in public places’ and the Race Relations Act 1968, which extended the provisions to employment and housing.

Dr Stephenson is a Freeman of the City of Bristol and was awarded an OBE in 2009 but the petition on change.org now calls for a statue of him to be installed on the city centre plinth.

The petition states: ‘Following the statue of Edward Colston being thrown into the harbour, it is time a suitable replacement is found that honours black Bristolians.’

It adds: ‘It is time Bristol moves forward with its history in the slave trade, acknowledging the evil committed and how it can educate its citizens about black history.’

The bronze statue for Colston has long been a source of controversy in the city where it has been situated since 1895.

Colston’s Royal African Company moved 100,000 people from Africa to the Caribbean as slaves – including women and children – many thousands who were branded on their chests with the name of his company, and some 20,000 who died en route.

The statue was one of a number of landmarks in the city to bear Colston’s name, although music venue Colston Hall will be renamed this year as part of a major refurbishment.

It was pulled down with ropes, dragged through the streets and thrown into Bristol’s harbour during a protest on Sunday.

Police have launched a criminal damage investigation into what happened to the statue with Home Secretary Priti Patel describing it as ‘utterly disgraceful’ while crime, policing and justice minister Kit Malthouse called for those responsible to be prosecuted.

Labour leader Sir Keir Starmer today said the statue should have been taken down ‘a long, long time ago’ telling LBC, it was ‘completely wrong’ for it to be pulled down in the way it war but that ‘you can’t, in 21st century Britain, have a slaver on a statue.’

A spokesman for Historic England said the ‘unauthorised removal of a listed structure’ could not be condoned, but recognised that the statue had been a symbol of injustice and a source of pain.

‘We are here to offer guidance and support but believe the decision is best made at a local level – we do not believe it must be reinstated,’ he added.