A pub has been labelled ‘Britain’s wokest bar’ by critics for refusing to sell ­Thatchers cider, Coke, Heineken and Bacardi for ethical reasons.

Bosses at The Red Lion in Bristol said it would be ‘hypocritical’ to continue serving Thatchers because of the company’s membership of a society with links to slave trader Edward Colston.

They add that Coca-Cola, Heineken and Bacardi have also been accused of ­unethical practices in parts of the world.

Meanwhile, the pub won’t be stocking Polish lager Tyskie after its owner was linked to an anti-LGBTQ+ movement.

The word ‘woke’ is defined by the Oxford English Dictionary as ‘originally: well-informed, up-to-date. Now chiefly: alert to racial or social discrimination and injustice’.

But it has often been used to criticise people as being performative, insincere social consciousness, or having inherent weakness in recent years.

Landlord Lemmy has insisted: ‘We have taken what we consider to be an ethical stance — it’s part of who we all are.

‘We have been labelled “woke” and all these weaponised words, which have made us feel pretty vulnerable.’

Activist group Countering Colston caused controversy last week when it urged the public to boycott Thatchers because of the link to the Bristol ­merchant, whose statue was torn down in 2020. Last month four protesters were acquitted of all charges.

Lemmy said: ‘We publicly supported the Colston Four — one of them actually drinks in our pub — but that’s only part of it. People prefer the other ciders we sell anyway!’

Claire Horare commented on Facebook: ‘This pub is everything that is wrong in the modern day society.’

But other disagreed, with Red Lion regular Phil saying: ‘I’m absolutely fine about their decision. There’s plenty of other drinks that are made by people that share your values.’ 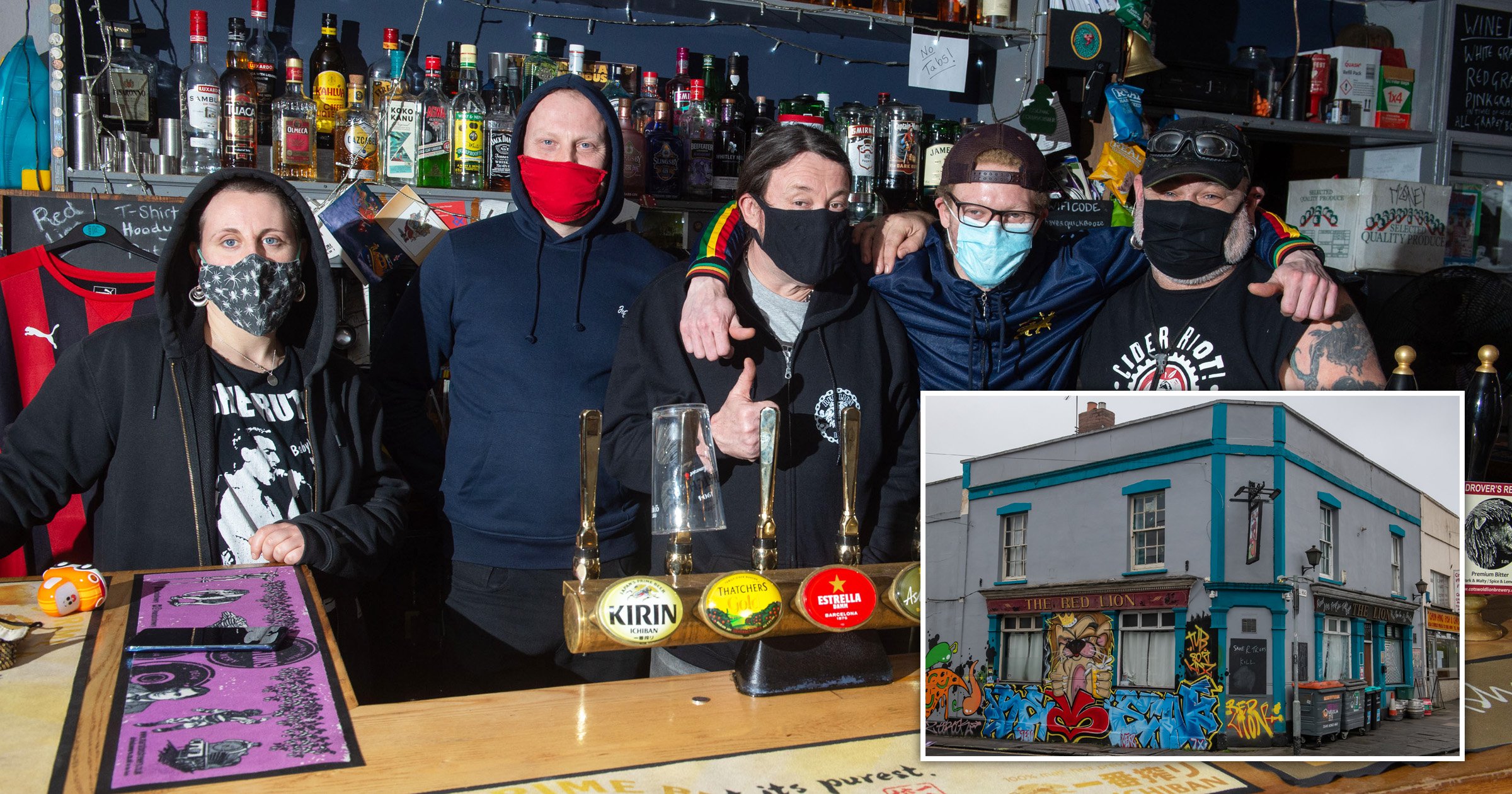