A tiny mouse deer the same size as a pencil has been born at Bristol Zoo.

At 20cm tall – despite its long legs – the animal will weigh about 3lbs when fully grown.

It’s just the second of its kind to have been born at the zoo in the last decade as part of a breeding programme for the species.

Native to the forests of South Asia, the lesser Malayan mouse deer is distantly related to deer and fed on flowers and vegetable matter.

It was born to first-time mother Brienne, and father Jorah almost a month ago and the zoo has released the first pictures today.

Its sex is not yet known and senior mammal keeper Paige Bwye said it would be a little while before the zoo was able to determine the gender of the fawn as they are so small and shy.

‘It’s doing really well though, and has recently started to discover new tastes, such as sweet potato,’ she added.

‘Brienne is being a fantastic first-time mother and has been very attentive to her infant.

‘They are absolutely fascinating to watch. They move around on their pencil-thin legs and munch on flowers and vegetables.’

In 2020, a female mouse deer named Missandei was born at the zoo and moved on to Ouwehands Zoo in the Netherlands.

The zoo has also recently welcomed another new arrival; a baby gorilla was born in December which has now been named Juni. 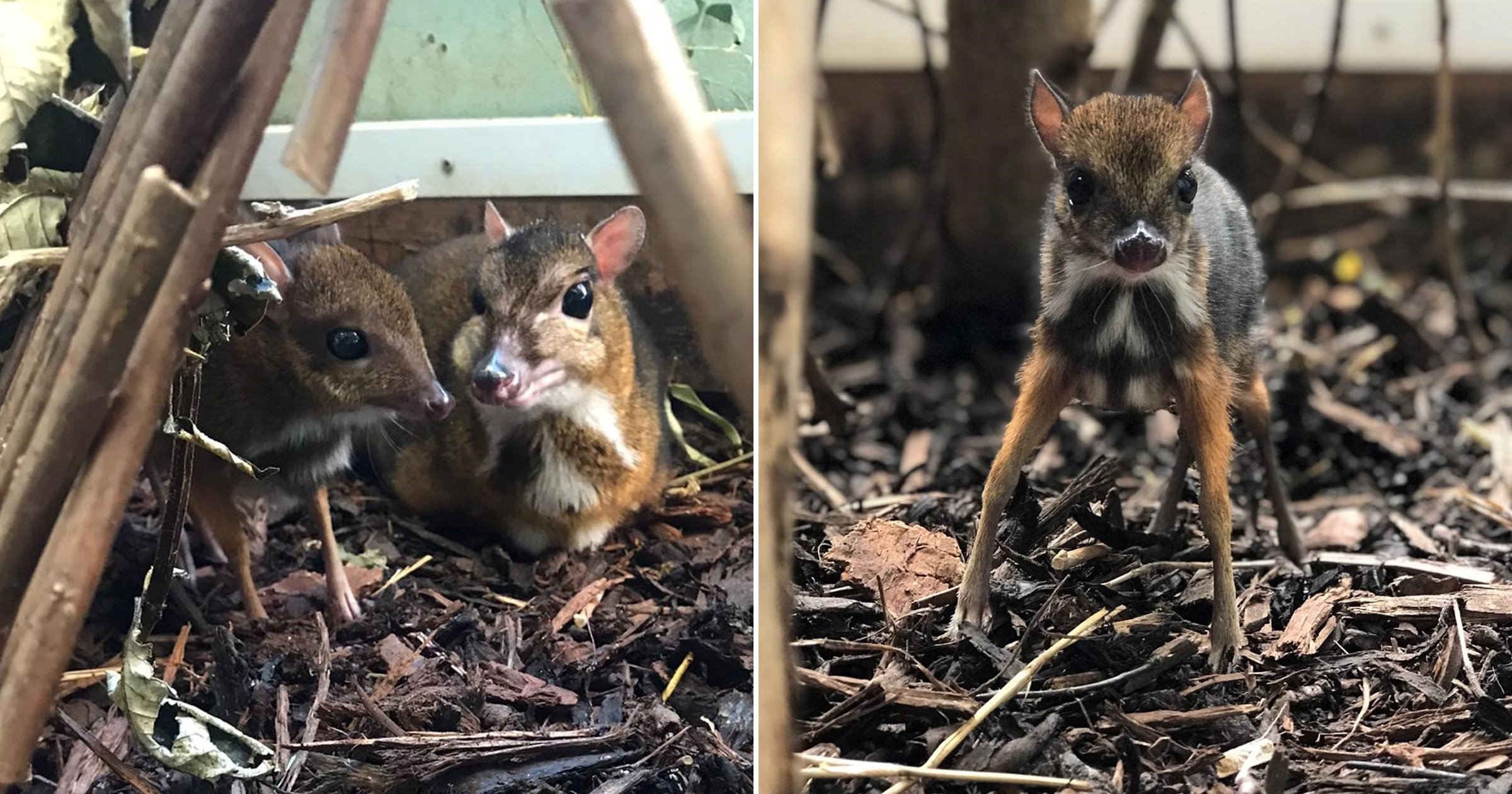