A school founded more than 300 years ago by slave trader Edward Colston will change its name.

Colston’s School in Bristol came under the spotlight after a statue of the 17th century merchant was toppled during a Black Lives Matter protest last year.

The private school said the name Colston ‘will forever be associated with the enslavement and deaths of African men, women and children’ following the demonstration.

It announced a consultation to decide the future of its name and received more than 2,500 responses – including 1,096 from the general public.

More than four in five (81%) of the members of the public said the school should retain the name of Colston’s.

But analysis of the feedback from the school’s community showed they were more inclined to change the name.

Students, former pupils, parents and staff will be involved in the naming process, with an announcement expected in summer 2022.

Nick Baker, chairman of governors at Colston’s School, said: ‘After a lengthy period of consultation, consideration, and reflection, it became clear that those with a closer connection to the school would prefer to have a name that was more relevant for the pupils and staff of today and tomorrow.

‘It is hoped that a new identity will do more to reflect the values and ethos that the school stands for today and to make it even more welcoming to the local community it serves.’

However, the governors said the move ‘will not erase the school’s history’ and teaching of the transatlantic slave trade and Colston’s role in history will remain a part of the curriculum.

Colston paid for the school to be established in 1710 to prepare boys from ‘poor families’ for meaningful apprenticeships, the governors said.

They added: ‘This school was not named after Colston, rather it was named by Colston.’

Jeremy McCullough, the school’s headmaster, added: ‘Changing the name will not change the nature of our happy, diverse and forward-looking school.

‘We will continue to provide an excellent and holistic education and to do our very best to support those families who entrust us with their children.

‘It is an exciting new chapter for the school, and I am proud of our pupils and staff for engaging in this complex discussion and for being a part of the future they want to see.’

It comes after Colston’s Girls’ School in Bristol announced it would become Montpelier High School after a vote with current students and staff. 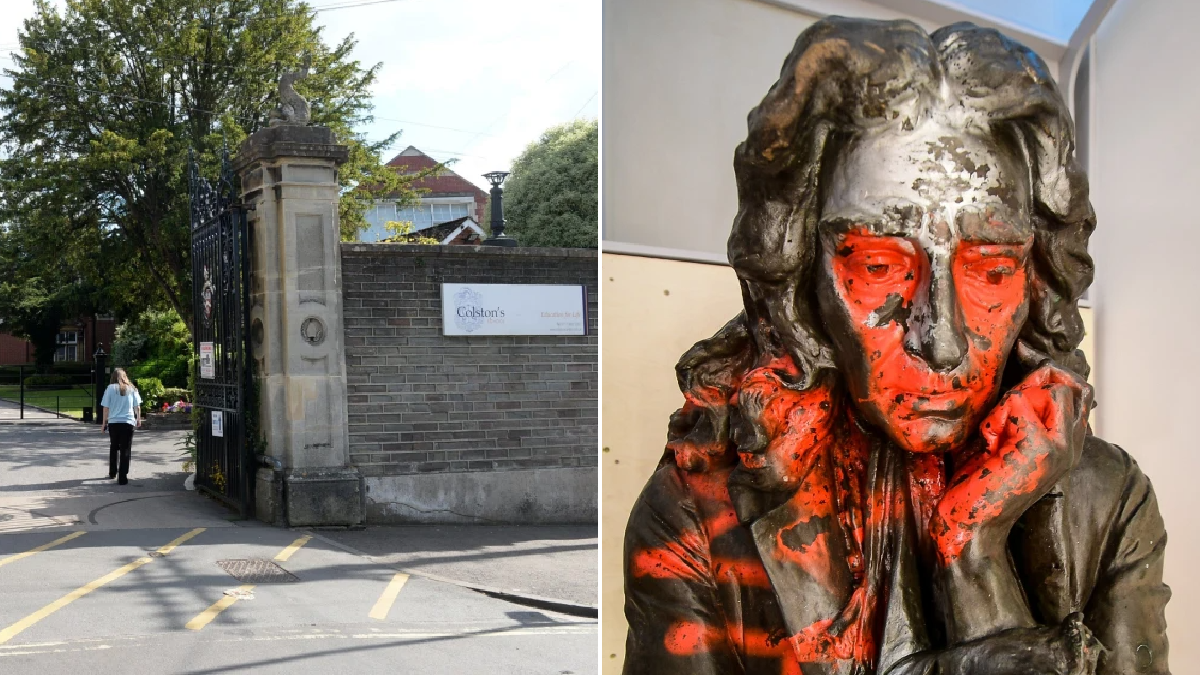 What I Rent: Laura, £900 a month for a two-bedroom house in St Pauls, Bristol