A British schoolboy has been recognised as one of the smartest children in the world after scoring higher than Albert Einstein in his Mensa test.

Barnaby Swinburn, 12, scored 162 – the maximum score for a boy of his age – to gain entry to the famous IQ club.

It ranks him in the top 1% of people in the world in one test, and the highest 4% on the second.

Parents Ghislaine and Christopher Swinburn said their son has already picked the course he wants to study at university; computer programming at Oxford.

Ghislaine, 50, from Bristol, said: ‘Maths is something Barnaby has always stood out in because he enjoys it – sitting the Mensa test was his idea.

‘We don’t push him to do anything – he made all his decisions for himself on this.

‘We don’t even have to ask him to do maths homework because he enjoys it so he just does it anyway.

‘When we found out his test score I was really pleased for him – and he has been very excited about it too.’

Barnaby has loved maths from as young as four, when he couldn’t sleep because he was ‘trying to calculate how many seconds are in an hour.’

He told his parents he wanted to sit a Mensa test to ‘understand himself better’ and completed it on December 11.

Mensa, known as the High IQ Society, is a club that is only open those who can prove their IQ is in the top 2% of the population.

Mum-of-two Ghislaine said: ‘I told his dad it would go one of two ways – it could be that he won’t get in and he’ll be upset or he would get in, and he’d be unbearable because he’d know how smart he is.’

Barnaby wants to become a computer programmer and has already ‘nagged’ to be enrolled in programming classes for his birthday in January.

But despite his Einstein-level intellect, mum Ghislaine says her son is the furthest thing from a boffin – and he loves sports as well as playing practical jokes.

Ghislaine said: ‘I work within the NHS and the pandemic has been so negative and stressful for me.

‘So to see Barnaby do well has been something so nice. We don’t push Barnaby at all, everything he’s done has been his idea. It’s been a voyage of self-discovery for him and this is just the start.’ 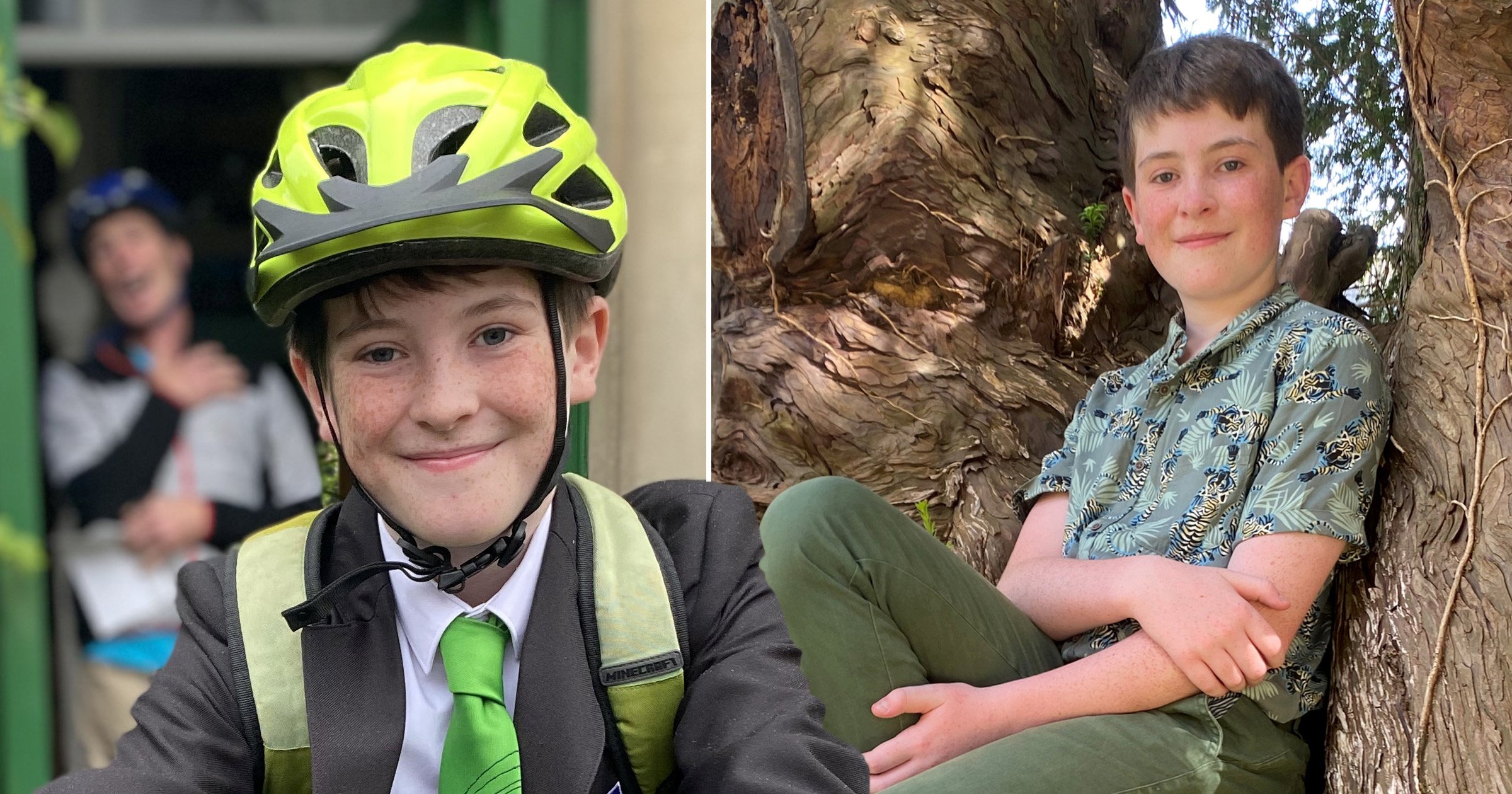