This is not an optical illusion, but a really narrow block of flats.

From one side of the road, the strange building in Bristol appears to be no more than a couple of feet in depth.

But approaching the flats from the opposite end of the street makes them appear like a completely normal building.

So normal in fact, one of the people living inside didn’t notice anything odd about its shape in almost two decades.

The oddly-shaped, three-storey building was visited by a reporter from Bristol Post who discovered that despite its deceptive size it is actually home to four tenants.

One of those living in the quirky flats in Fishponds, Bristol, is Andy Watson, who has rented there for 19 years but said he only noticed it’s bizarre shape three years ago.

Andy, 59, said: ‘The thing is I rarely walk from that direction – I usually come from the other side, from Fishponds Road.

‘My brother found it quite amusing because it’s a weird shape. I was a bit annoyed with myself for not noticing it, because it’s part of where I live.

‘I have noticed that kind of architecture elsewhere in Bristol. The corners of some streets are very narrow.

‘I have seen a few like that in Easton.

‘Ironically, the only one I didn’t see, at least not for a long time, was the one where I live.’

Andy doesn’t live in the thinnest wedge of the building, which contains a narrow utility room with four washing machines which don’t fit inside the flats.

Before it was turned into homes, Andy believes it may have been a business premises which sold spare parts.

But he won’t be sticking around for long, even though he says he is ‘spoiled for shops in Fishponds’ which has an ‘excellent’ bus service.

Andy said: ‘I’m planning on leaving this year. It will save me having to clean my dirty room.’ 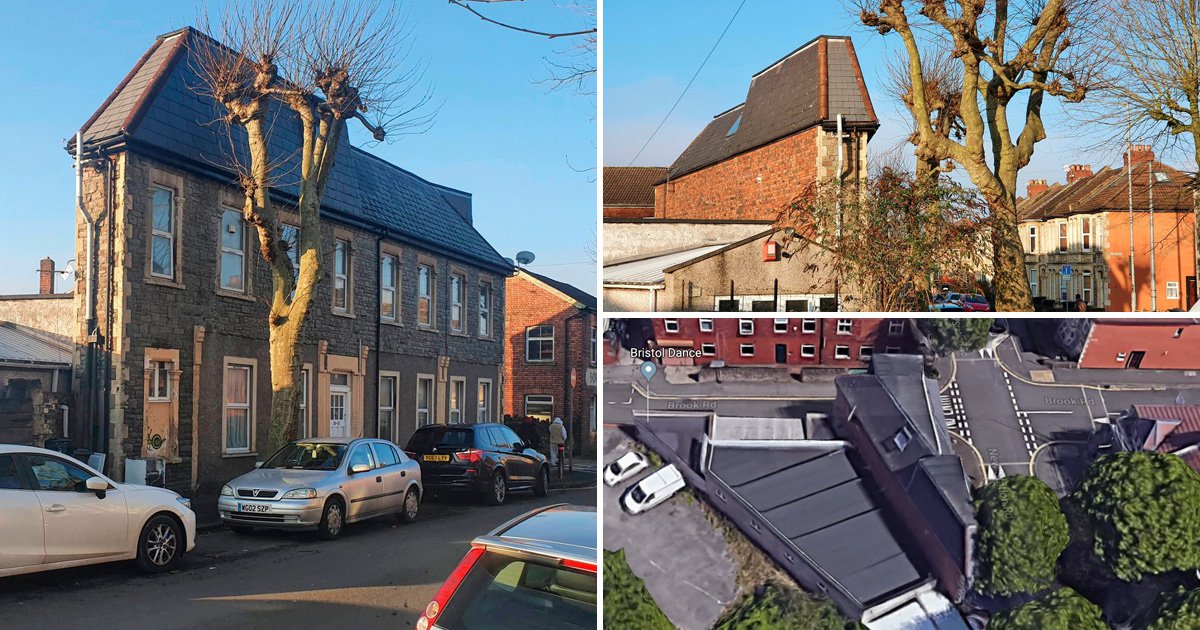