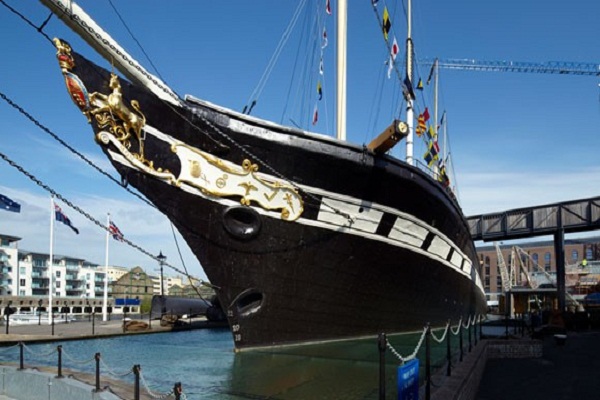 SS Great Britain is a museum ship and former passenger steamship, which was advanced for her time. She was the longest passenger ship in the world from 1845 to 1854. She was designed by Isambard Kingdom Brunel for the Great Western Steamship Company's transatlantic service between Bristol and New York.

While other ships had been built of iron or equipped with a screw propeller, Great Britain was the first to combine these features in a large ocean-going ship. She was the first iron steamer to cross the Atlantic, which she did in 1845, in the time of 14 days.