A woman has told of her fear after she was groped by a man while out running in the evening.

Rachel Stride, 21, was sexually assaulted as she ran near Bristol Zoo Gardens at around 7.50pm on Monday.

She said a man dressed in black ran up behind her and made a ‘really aggressive grab’ for her backside.

‘I had been up at Circular Road and I was coming down the steep, dark hill that leads near the zoo,’ she explained.

‘I was getting towards a spot with more light and I thought, “I’ve got past the scary bits, it’s going to be alright.”

‘Then I heard these steps behind me. I thought it was just another runner so I kept going. As the steps got closer, I moved out of the way to let them past.

‘Then I felt this big grip on my backside. I had one earphone in so I’m not certain if he said anything. It was a really nasty thing. I was terrified.’

She said she turned round but the man sprinted back up the hill and she could not get a good look at his face.

‘I reckon he was wearing dark clothes so he could get back into the shadows easily,’ she added.

Rachel, who attends Cardiff Metropolitan University, said she shouted after the man telling him she was going to call the police to ‘scare him away’.

She wonders if he may have used further violence if she was still in a darker area on the hill.

‘I was starting to cry,’ she said, ‘I got on the phone to police and they told me to get somewhere I could stand in light. There were no shops for me to go in.

‘I flagged down two other girls who were about to run up the hill I’d come down. They kept me company until police arrived, which was really nice.’

‘Police told me they thought it was unlikely they’d find him because there were so many people up there and there are so many places to hide,’ she added.

Her story comes as men’s treatment of women has been heavily discussed in the past week after the shocking disappearance of Sarah Everard.

The 33-year-old went missing as she walked home from a friend’s house in Clapham, London on March 3. Her body was found a week later in woodland in Kent.

Rachel, who got a lift home in a police car, said: ‘I was so caught up in the moment I wasn’t thinking about that [Sarah Everard’s death].

‘I was talking about it with my boyfriend afterwards. You would think based on what’s going on in the media about this kind of thing, it would stop people doing this, but it seems nothing will. It’s so, so sad.

‘Because I go running at night a lot, I try to keep the thought in my head that this happens to other people, and wouldn’t happen to me.

‘But I am not going out running at night anymore, certainly not in dark spots.’

She waived her right to anonymity as the victim of sexual assault to speak out about what happened to her, and to raise awareness.

Like many women, she said she has to deal with harassment from men on a regular basis.

Police in Bristol said they are now stepping up patrols in the area.

‘A search of the area was conducted around Ladies Mile, including by the police dogs team, but the offender was not sighted,’ said an Avon and Somerset police spokesperson.

‘He is described as white, around 25 to 35 years of age, with a pointed nose and is believed to have had a mask on. He was wearing a black nylon hooded top with white stripes down the sleeves and had his hood raised.’

Rachel says he may have spoken as he attacked her, but she is not sure, and he may have had a Bristolian accent.

She described her attacker as ‘quite skinny’ and about 5ft 10ins tall, possibly with blond hair. He appeared to be fit from the way he ran up the hill.

Anyone with information about what happened is asked to call the police on 101. 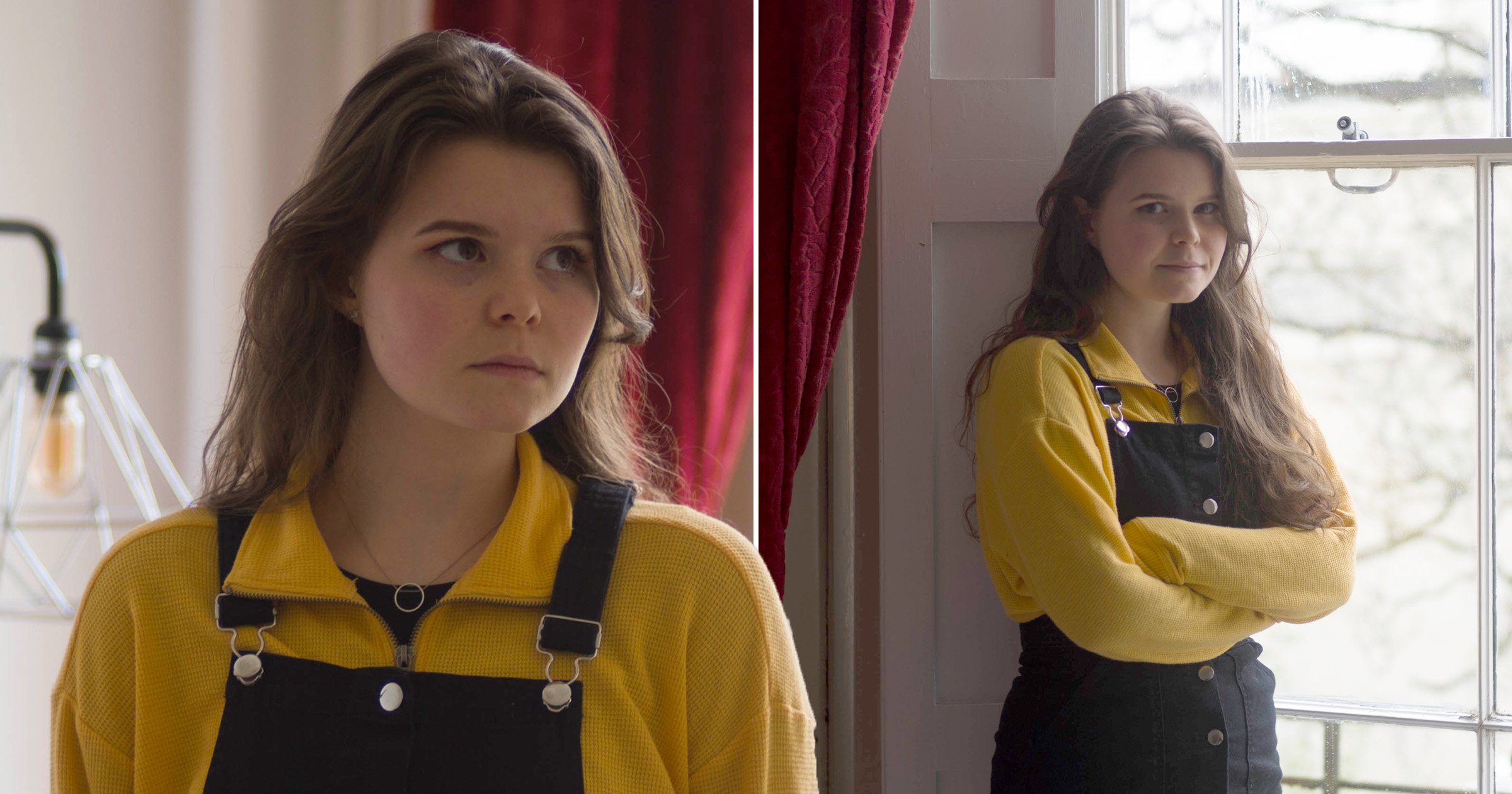