Frustrated homeowners have hit out at the number of cars left in their streets, as holidaymakers look to avoid airport parking charges.

People in Bristol say more and more vehicles are clogging up their their streets as summer approaches.

The south of the city has allegedly been turned into a ‘giant unregulated car park’.

Mike Willcox, who lives on Kings Head Lane, told ITV News: ’Last week, practically every car parked at the top of Kings Head Lane was for the airport with hardly any room for residents to park.

‘We get cars coming and going in the middle of the night, banging their car doors and boots, keeping people awake.’

Many are parking on the affected streets before catching the Airport Flyer bus to reach the airport.

Cars have used nearby residential areas for years, but there was a noticeable drop in traffic during the coronavirus pandemic.

But now, the situation has led to breaking point for some disgruntled residents.

Conservative councillor Richard Eddy has been trying to raise the issue with airport bosses.

He told ITV: ‘The number of airport passengers parking free of charge in residential streets has soared.

‘Householders have to endure motorists parked 24/7 outside their homes for a week or a fortnight.

‘Last weekend a resident of Kings Walk told me they had one car parked there for eight weeks.’

A Bristol Airport spokesperson told Metro.co.uk that work was underway to find a solution for the issue.

The spokesperson said: ‘We’d be happy to work with Cllr Eddy to get this issue with car parking resolved but any new parking restrictions would be down to the local authority.

‘We’re committed to providing alternatives to the car for the passengers travelling to and from Bristol Airport.’

Meanwhile in Liverpool, holidaymakers have invaded the suburb of Speke in a bid to dodge pricey airport parking fees.

Residents have even been forced to paint makeshift yellow lines across driveways so they can park outside their homes.

Anthony Brown, who has lived in the area for the last 31 years, said: ‘It’s very frustrating. They park in between ours and next door’s car and you can’t get your car out.

‘It varies each day – it’s early morning and late at night. You get nothing and then there’s a typhoon [of cars], it seems to be happening when you’re sitting down watching something or reading.’ 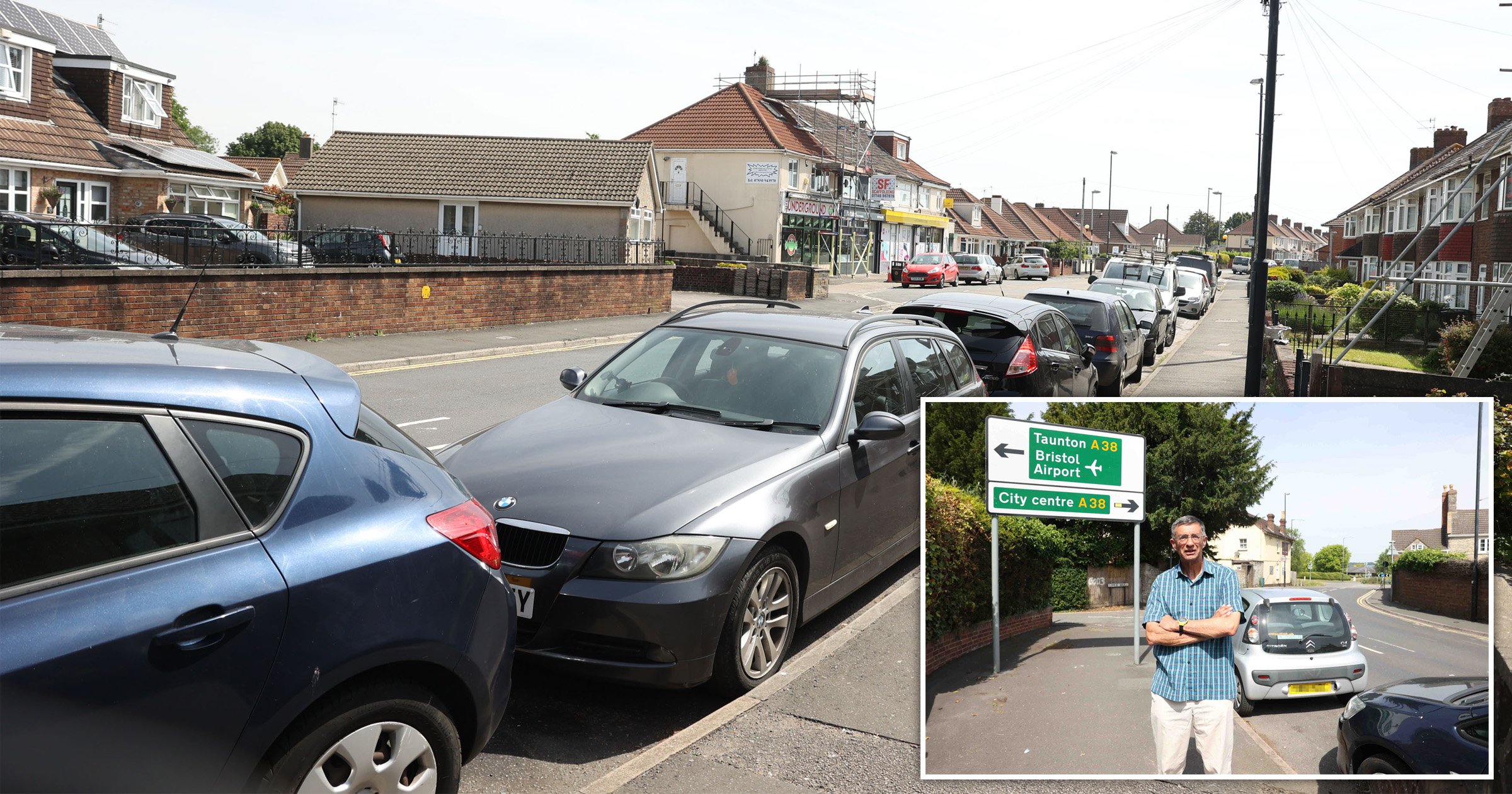