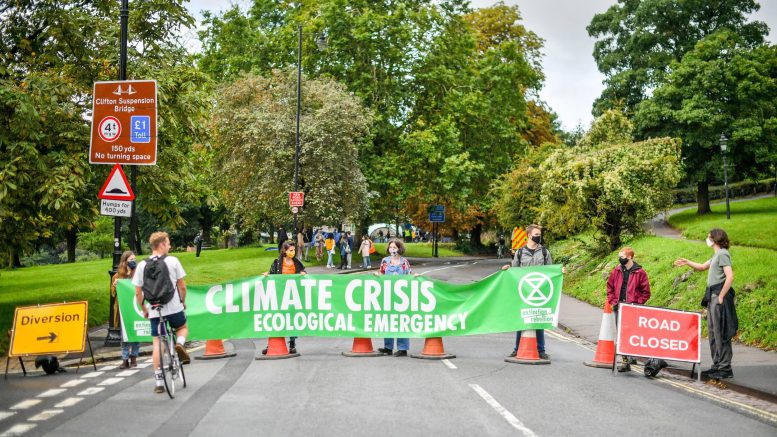 Extinction Rebellion (XR) protesters have kicked off a weekend of planned demonstrations by blocking roads and bridges.

The climate change activist group have organised a series of protests across Somerset, Bristol and Gloucestershire over the Bank Holiday weekend – with the M5 and A303 being targeted tomorrow. They are also targeting the Shell building in London with green paint.

This marks the group’s first in-person protests since the beginning of the coronavirus outbreak.

Prince Street Bridge in Bristol is currently being blocked by an elephant – a symbolic reference to the ‘elephant in the room’ of climate change.

More stunts are scheduled in the coming days, as activists aim to raise awareness about global warming and call on the Government to back a climate emergency bill and hold a national citizens’ assembly on the crisis.

Bristol’s deputy police and crime commissioner John Smith appealed to the organisers to not let the protest go ahead as planned, and argued it could contribute to a second wave of coronavirus infections in the city.

In London, XR targeted the headquarters of oil and gas giant Shell by painting the word ‘lies’ on the entrance. At least one arrest was made.

However, climate activists have more demonstrations in store across the country next week. On Tuesday, when MPs return to Westminster, the group plans to block roads leading to parliament, as well as streets in Manchester and Cardiff.

Anneka Sutcliffe, an XR action coordinator, said: ‘The focus will, I think, more than it has been before, be on those institutions of power.

‘We’re really hoping to have a big show of solidarity, especially on that first day around parliament, and then over the course of a couple of weeks we’re hoping to build pressure with our actions.’

The group say Charlie Siret, 19, who is studying at the University of Bristol and Fern, 18, who has just completed her A-levels and did not wish to give her surname, blocked the iconic Bristol landmark.

They locked their arms together and lay down across the road, preventing vehicles from crossing and causing disruption to traffic.

As a result, the bridge was closed to the public after their arrest as a safety precaution.

Acting chief inspector Rob Cheeseman claimed that it was a decision that was difficult to make, but was done in the interest of the majority: ‘We cannot risk any protest activity impacting on the bridge which is currently used by around 10,000 to 12,000 vehicles every day, in addition to pedestrians and cyclists.’ 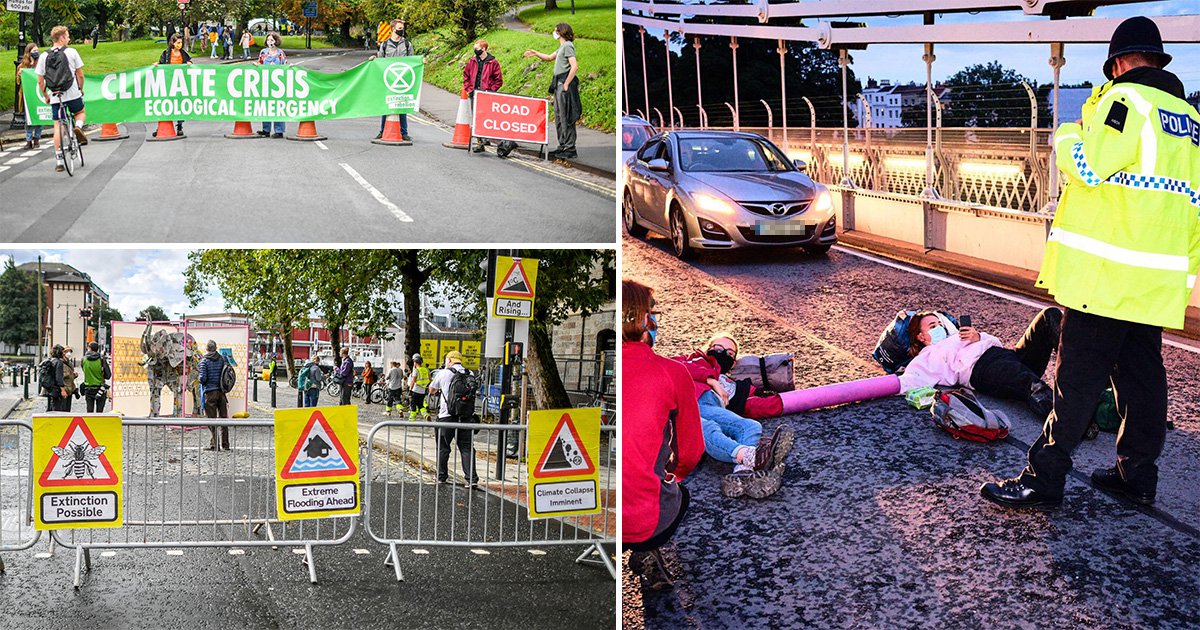 FriendsFest tickets, dates, locations and what to expect from the celebration of all things Friends