Hundreds of people were caught up in traffic chaos on motorways today, due to a ‘slow-moving’ protest over rising fuel prices.

Footage had even been shared of people playing football on empty carriageways after traffic ground to a standstill.

Demonstrators had ‘met in the middle’ at the Severn Bridge which caused the worst of today’s delays.

Marine scientist Sarah Reed, who also works as a professional skipper and diver for ocean ecology, started to brainstorm other routes to work when she heard the news of the protest.

And she came up with a novel way to beat the queues – by swapping the roads for the air.

‘I hate traffic’, she told Metro.co.uk.

She added: ‘My mum sent me a news article on Saturday to say that there was a protest happening.

‘Originally I was going to get the train but then the plan changed and I needed to pick up a work car.

‘So I spoke to my line manager and said I think it will be quicker if I fly in and there will be less risk of hitting any traffic.’

Both Sarah and her dad Steve have power licences and a part-share ownership of an aircraft with others from the South Wales Gliding Club.

After a quick check, they decided to take to the skies to avoid the worst of this morning’s traffic.

Sarah flew from Usk Gliding Club to Nympsfield – where Bristol and Gloucestershire Gliding club is based – and Steve made the return trip.

Sarah’s line manager Ash kindly picked her up before the pair continued onto her workplace.

Sarah’s commute takes about 50 minutes on a normal day, but commuting by air was a simple 10 minute flight followed by a ten minute drive to the office.

She described the experience, aboard the Grob G109B plane, as ‘amazing.’

She added: ‘There was a cold front that was approaching so on the way back my dad had to fly at 1000 ft to get back into Usk but on the way to Nympsfield we had great conditions and visibility of the traffic over the bridge!

‘My head office is just near Stroud but I’m actually here on training and usually live in Ballachulish in Scotland.’

During the short flight, a trail of cars and lorries could seen from the cockpit as traffic started to build early this morning.

Speaking on the protest, Sarah hoped it showed ‘if nothing else shows how much its affecting everyone.’

People today have spoken of their ‘frustration’ caused by the delays on the road today, with one teacher saying she woke up two hours early to make it in.

A number of the M4 protesters have been arrested today and claimed they were ‘unfairly’ targeted by Gwent Police and Avon and Somerset Police.

And earlier today, protesters clashed with police in Yorkshire as they tried to leave Ferrybridge services.

A stinger was put down to restrict the demonstrators from reaching the motorway.

But many of those taking part said the protest was ‘crucial’ in creating change.

‘You can hardly make a living any more.’ 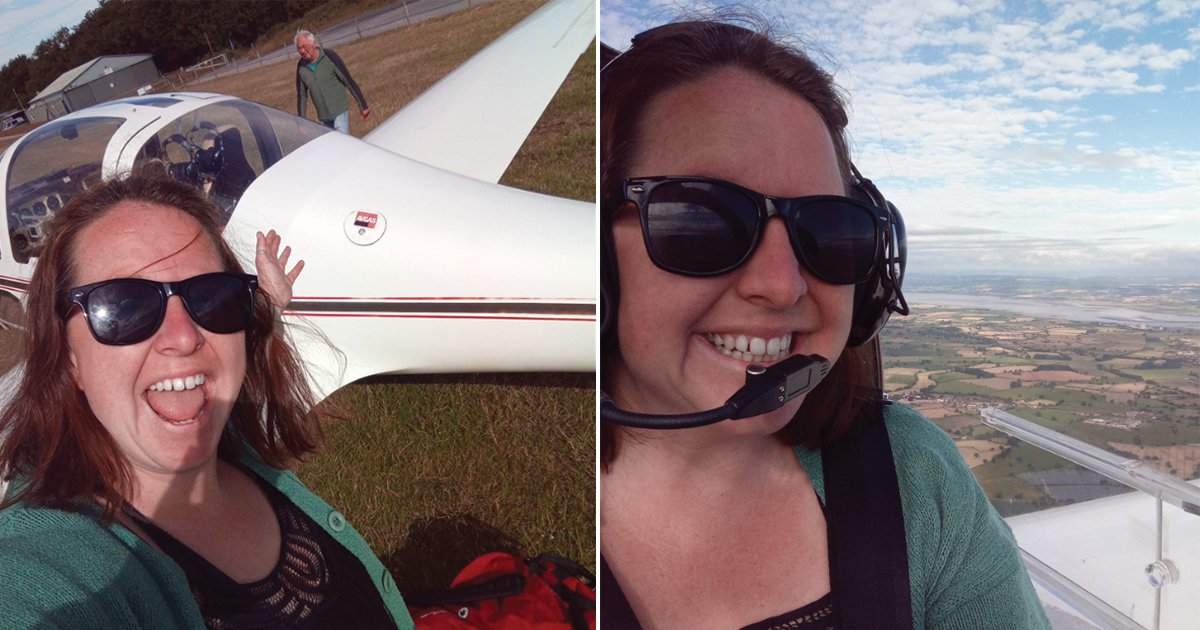