A man has been arrested on suspicion of murder after a woman fell to her death from a block of flats in Bristol early this morning.

The alarm was raised by a member of the public just before half past midnight after the woman tumbled from the 13th floor of a 16-storey building.

Paramedics tried giving the woman first aid, but she was pronounced dead at the scene, in Bristol’s Easton neighbourhood.

A 43-year-old man, who was known to the victim, was arrested on suspicion of murder and is still in custody.

Chief Inspector Deepak Kenth said: ‘A full investigation has already begun and our priority will be to establish how and why this terrible incident happened.

‘An arrest has been made as part of these ongoing enquiries and we can confirm the arrested man and the woman who died were known to each other.

‘We’re in the process of notifying the woman’s next of kin and they’ll be given the full support of specialist family liaison officers.”

‘This is a close-knit community and we know a tragedy like this will cause a great deal of concern among those living nearby.

‘We’ll be putting on additional patrols to give reassurance, allay any worries and to provide a visible presence in the local area, especially while investigative activity continues in and around the scene.’ 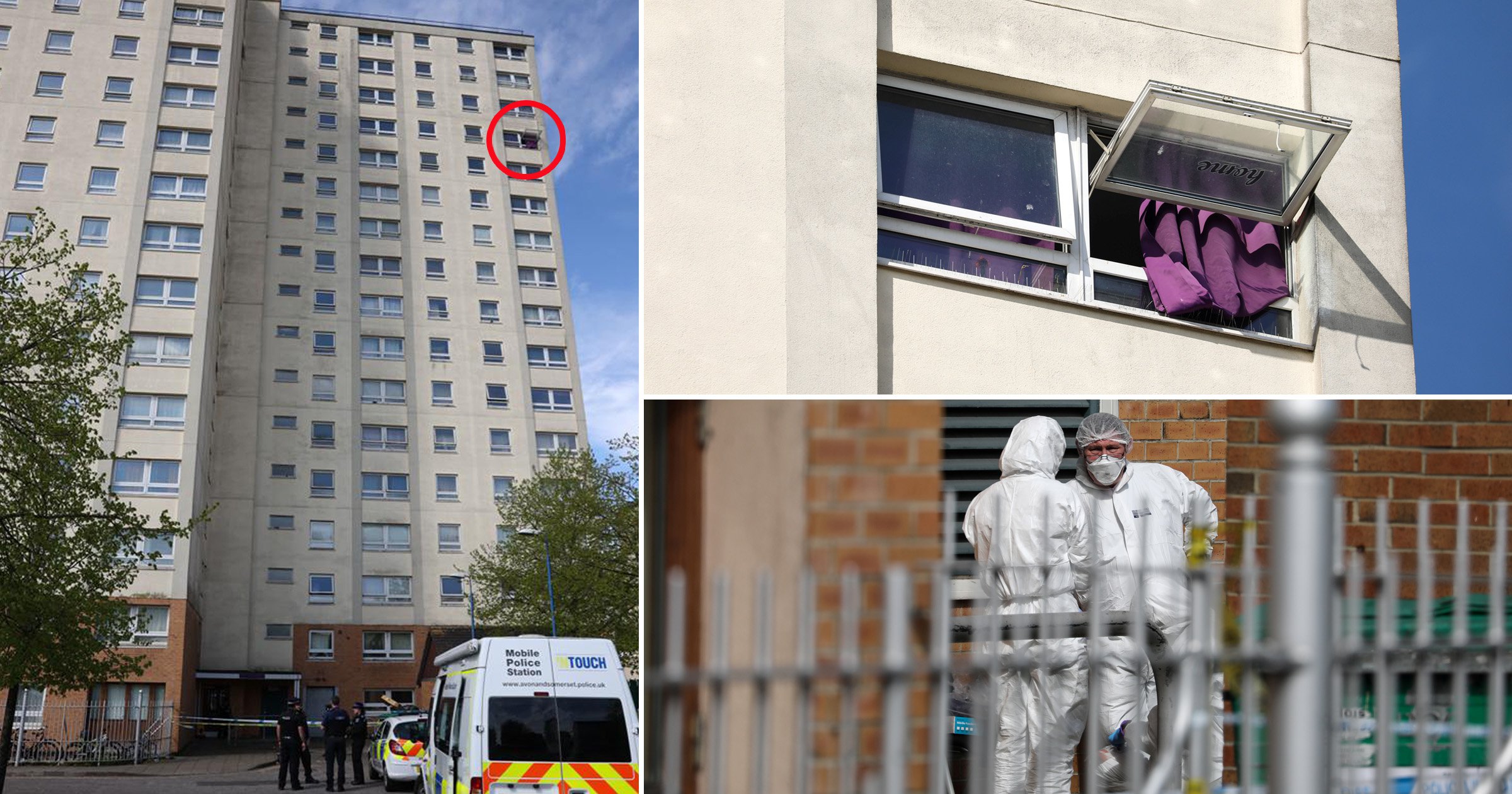