One of the Colston four has hit out at the backlash against the quartet being cleared, labelling jury trials and freedom of speech the ‘cornerstones of our society’.

After an 11-day trial, she was found not guilty at Bristol Crown Court on Wednesday, alongside Milo Ponsford, 26, Sage Willoughby, 22, Jake Skuse, 33.

But that has led to a ‘culture war’ backlash, with even some Government ministers getting involved.

Now Ms Graham, 30, has hit out at the ‘demonisation’ of young people.

She told The Guardian: ‘The war on woke is a feeble attempt to find another scapegoat – a sort of mythical enemy to blame everything on.

‘Woke is actually a colloquial term for being aware of social injustice – it’s been appropriated by the right as a way to demonise young people who care about equality and making the world a better place.’

The verdict sparked a divisive debate about the criminal justice system, with the defendants not denying involvement in the incident.

Ms Graham went on tell Times Radio: ‘Damaging things in order to be heard and to progress with equality and better society is not a new thing.

‘I, as a woman, wouldn’t have the right to vote had suffragettes not gone and smashed windows and destroyed postboxes in the name of women’s right to vote.

‘So this really isn’t a new thing.’

She added: ‘Obviously, we have gone through the justice system. I know there’s a lot of people saying it was not democratic.

‘And, you know, what is democratic is our freedom of speech and jury trials. And one of our barristers mentioned the fact that those two things are really cornerstones of our democracy.

‘And what really isn’t democratic is the displays of police brutality that we see which caused so much uproar within the BLM movement.’

The bronze memorial to the 17th century figure was pulled down during the demonstration in Bristol on June 7, 2020, before being rolled into the water in the wake of the murder of George Floyd by a police officer in the US.

Ms Graham also said she felt it was her time to ‘show solidarity’ for black people in the UK, and that lockdown gave her a chance to reflect on the issues they have faced.

It comes after Attorney General Suella Braverman said the verdict is causing ‘confusion’ and she is ‘carefully considering’ whether to use powers which allow her to seek a review.

But some lawyers have said this would be ‘Trumpian politics’ and described the furore over the acquittals as a ‘complete waste of time’, damaging confidence in the justice system.

Opponents urged Ms Braverman not to ‘play political games when she doesn’t like the results’.

Meanwhile, Bristol mayor Marvin Rees said the acquittal of the Colston Four was ‘less significant’ for the city than for the defendants.

‘In the lives of the four individuals it is incredibly significant because their futures faced a bit of a fork in the road in some ways,’ he told Sky’s Trevor Phillips on Sunday.

‘For the work on race inequality in Bristol much more widely, it is less significant because when we’re tackling race inequality we are looking at those underlying drivers of political and economic inequality.

‘The verdict itself doesn’t actually touch on those very real and immediate issues.’

Mr Rees said that ‘symbolic acts’ such as the pulling down of the statue of Edward Colston should not be a replacement for ‘real, substantial systemic change’.

Adding that he was ‘glad’ the statue is no longer in the city, he added: ‘If we look around in five years realise that nothing’s really changed. People point to all these things that have happened and we say, “Oh those were just acts, those are just performances”.

‘We have to be very careful in the way we handle these issues.’ 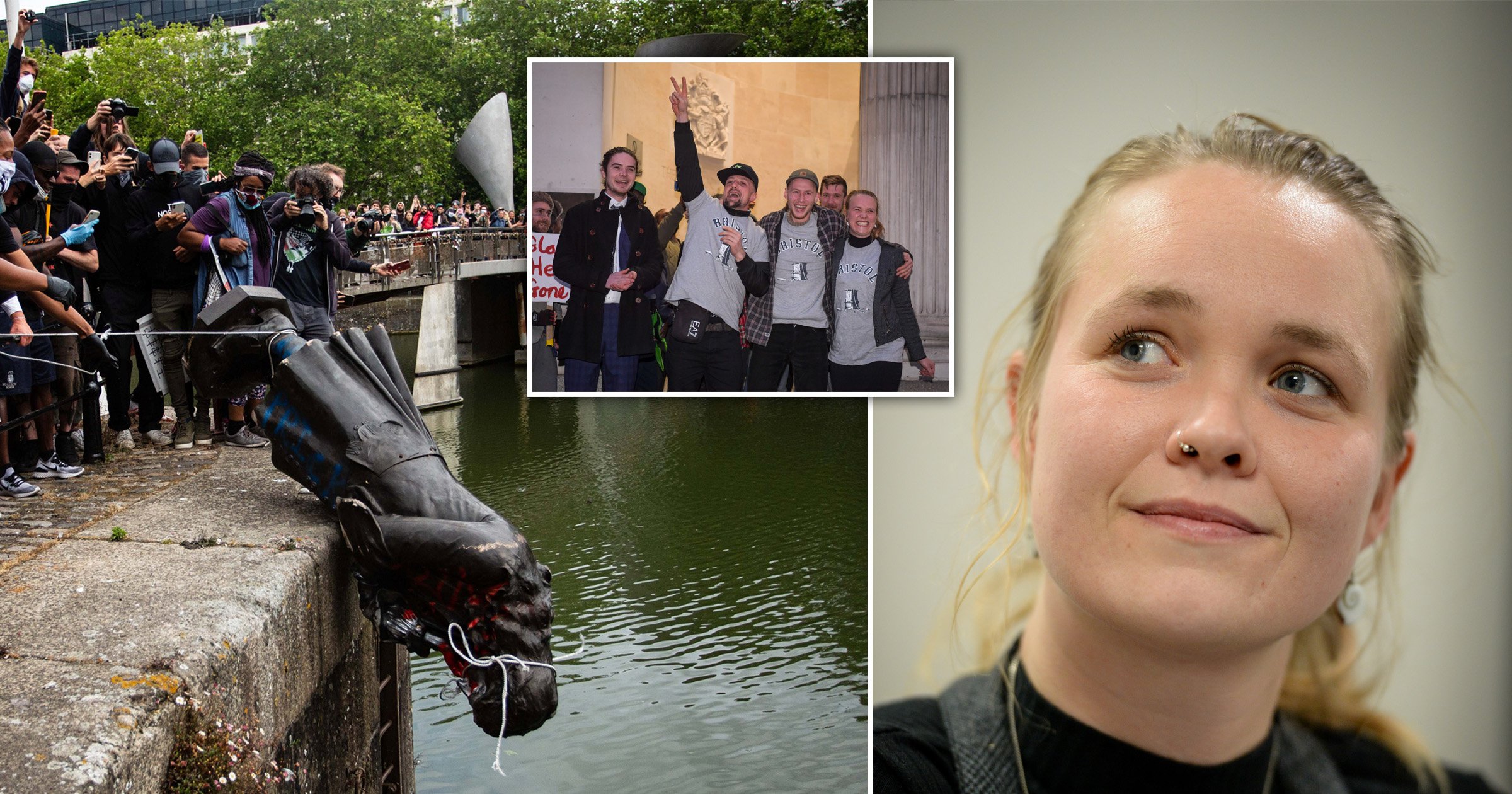