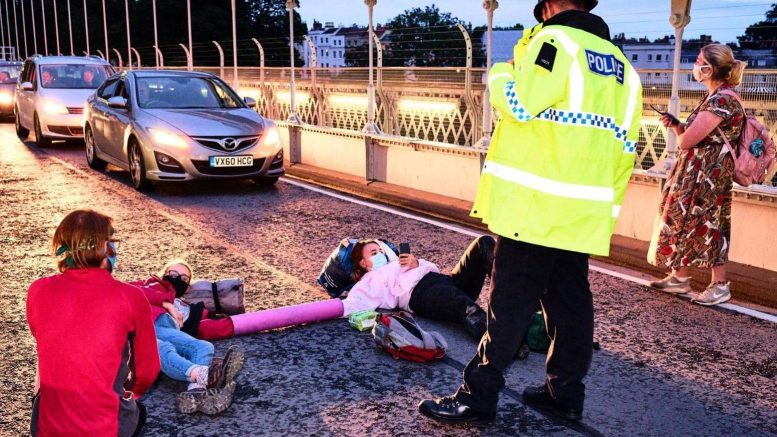 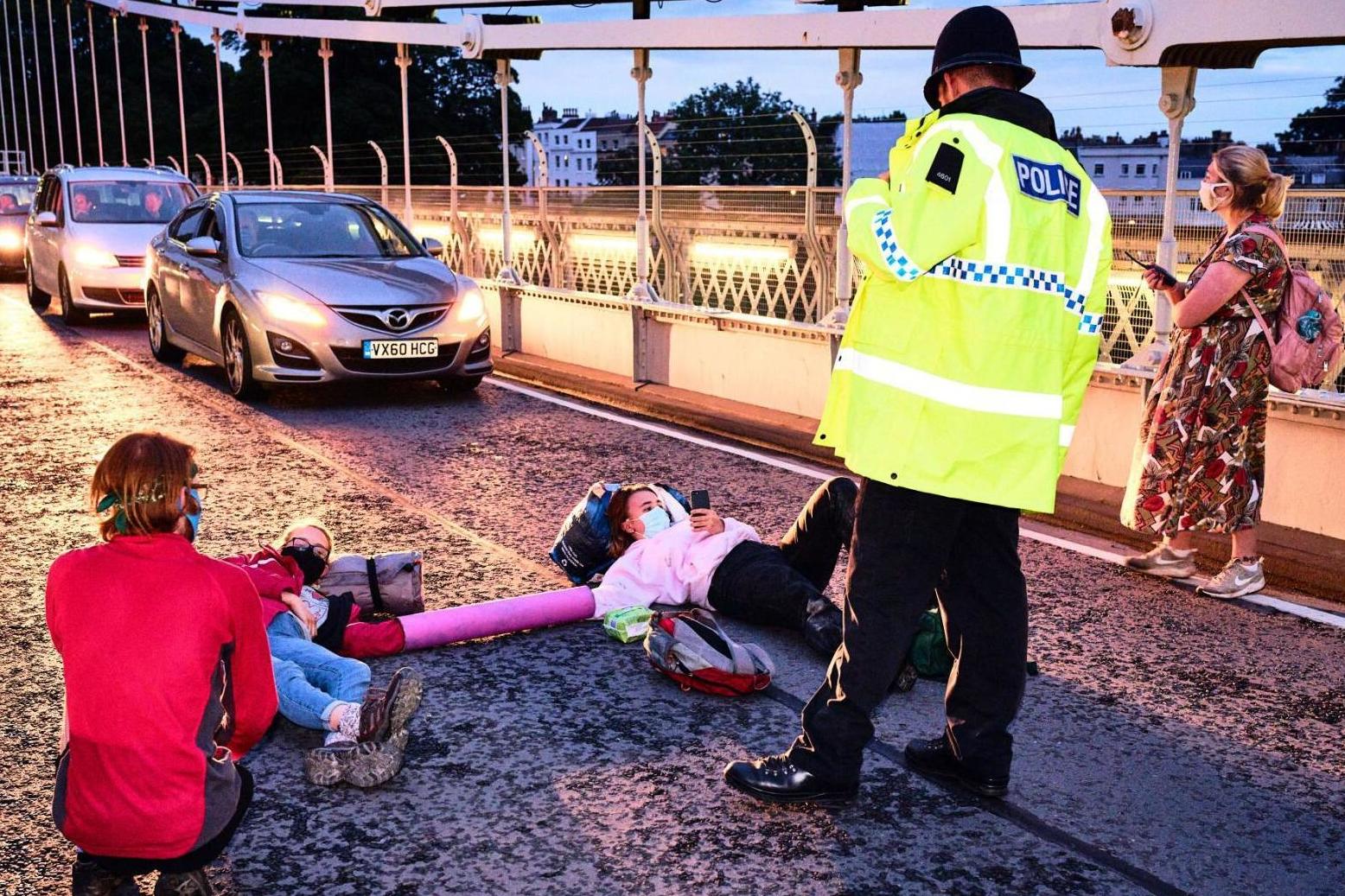 Young Extinction Rebellion (XR) protesters have blocked a bridge in Bristol as part of planned demonstrations over the Bank Holiday weekend.

Charlie Siret, 19, a student at the University of Bristol, and Fern, 18, who did not wish to give her surname, were pictured lying in the road on the Clifton Suspension Bridge. They were locked together with an “arm lock”.

The environmental protest group said the teenagers had planned to stay overnight on the bridge with more members of XR Youth, the separately organised youth wing of the group for people aged under 30, to join them on Friday morning.


Avon and Somerset Police later said the protest was stopped and that two women were arrested on Thursday night.

A police spokesman said: “Two women were arrested on the Clifton Suspension Bridge at just before 11pm on suspicion of wilful obstruction of the highway and conspiracy to cause a public nuisance.

“They’ve been taken into custody. The bridge is now closed to vehicles, cyclists and pedestrians.”

XR supporters remanded in custody ahead of weekend action


It comes after Avon and Somerset Police said the bridge would be closed to all vehicles, pedestrians and cyclists from midnight “to protect public safety ahead of a planned protest”, with the order potentially in place until 6am on Tuesday.

Speaking before the arrests, Poppy Silk, a Bristol University student and member of XR Youth, said: “During the pandemic, the Government has proved that they are unable to keep us safe in the face of emergency.

“Now is the time for adults to listen to and join the youth in demanding the Government address the climate and ecological crisis in a way that also addresses deepening inequality in our society.

“We have signed petitions, striked from school for two years and still they refuse to care about our futures.

“As Greta Thunberg says, when it comes to action the world’s leaders are still in a state of denial.

“In blocking this iconic landmark, we are asking ‘Will you listen to us now?’.”

Beginning on Friday, a “regional rebellion” over four days will see protests staged across the country, including in London, Manchester, Bristol, Cardiff and Leeds. 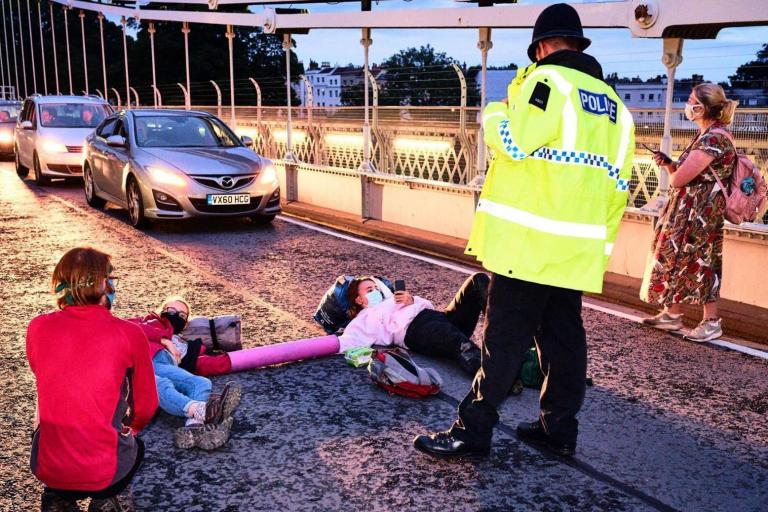